Teachers at Garfield High School sounded the alarm on nearly $40 million in budget cuts and called on the state legislature to do its part to fully fund education. 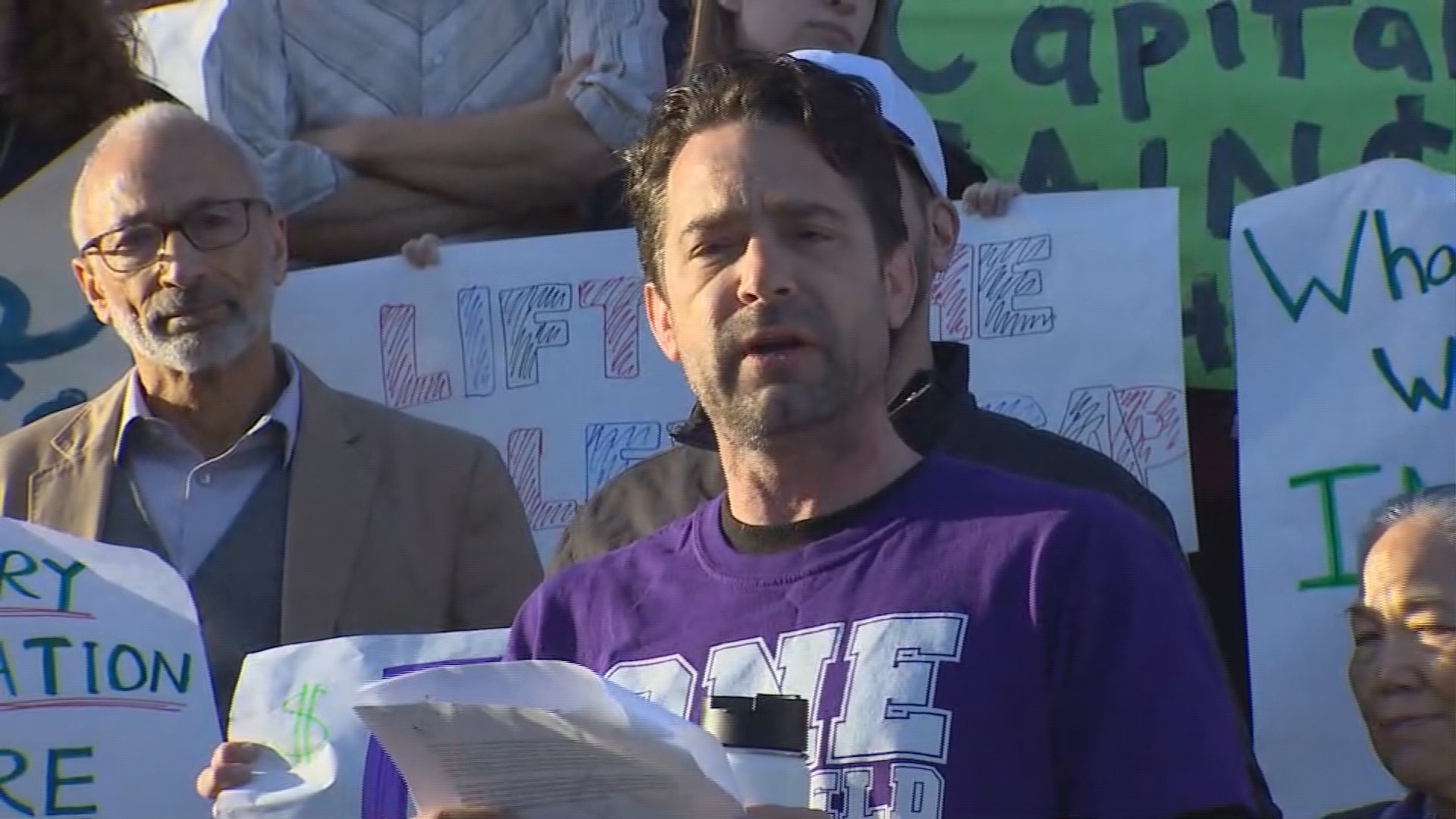 The teachers called on the state Legislature to fully fund education as Seattle Public Schools faces millions in budget reductions.

“In a city with this much wealth, in a city where you see cranes on every corner and you have some of the wealthiest corporations, it doesn’t make any sense that we have a $40 million budget shortfall in Seattle Public Schools,” said Garfield teacher Jesse Hagopian, who teaches U.S. history and ethnic studies.

Part of the cuts stem from the Legislature's solution to the McCleary decision, where the Supreme Court ruled Washington state wasn’t adequately funding education. As part of the fix, the Legislature capped the amount of levy money schools could collect to whichever was less: $2,500 per student or $1.50 per $1,000 of assessed value. However, some large urban districts said that negatively impacts them disproportionately.

To fix the problem, Garfield teachers say they would like the legislature to lift the levy lid, allow schools to use voter approved funds next year, and eventually replace levies with a capital gains tax.

The Seattle School Board reached consensus in January that it would need to make $39.7 million in cuts next year to overcome a projected $78.4 million deficit. That includes $12.2 million in school-based reductions, which will impact 90 positions, according to Seattle Public Schools Assistant Superintendent for Business and Finance JoLynn Berge.

Under the plan, librarians will go to halftime and all house administrators and cert staff will be cut at 70 schools. Some assistant principals would also be cut at those schools. Those decisions will partially be made based on enrollment projections, according to Berge.

The cuts will affect 22 Tier 3 schools and 58 Tier 4 schools, which are ranked based on performance and overall need. Ballard, Roosevelt, Nathan Hale, West Seattle, and Garfield High Schools are among the schools that will face library cuts.

Schools that will retain full-time librarians and administrators, which are ranked Tier 1 and 2 schools, are primarily clustered in the southern and southeastern portion of the district.

RELATED: Understanding how teachers are paid

Hagopian said 18 Garfield teachers will be displaced next year due to a combination of budget shortages and dropping enrollment.

“We know the cornerstone of a quality education is the relationships, and those are severed when 18 teachers are displaced from Garfield High School,” Hagopian said.

Dropping enrollment is another district-wide issue that school leaders are grappling with. The rate of enrollment growth has slowed over the last seven years, but Seattle schools didn’t see a drop in enrollment until this year.

Documents from a Wednesday school board work session show the district projects that trend will continue with an estimated 700 fewer students in Seattle schools next year. If that projection holds true, the district could be facing an even bigger deficit of $81.2 million.