Teamsters Local 174 said drivers for First Student in Seattle are striking for what it calls unfair labor practices will strike until a new deal is reached with the company. 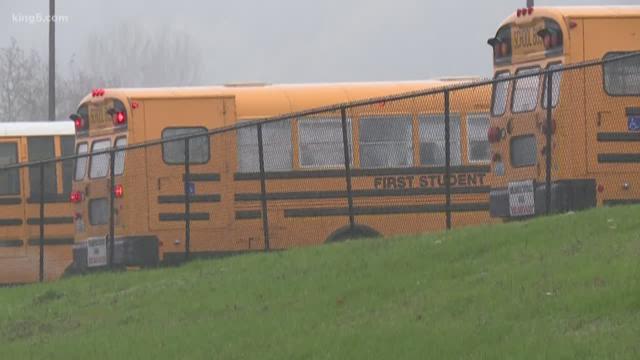 The union for Seattle school bus drivers say drivers are on strike starting Thursday for what it calls unfair labor practices.

"This is not a one day strike," said Jamie Fleming, spokesperson for Teamsters Local 174. "This is a strike that is going to last until a deal is reached." 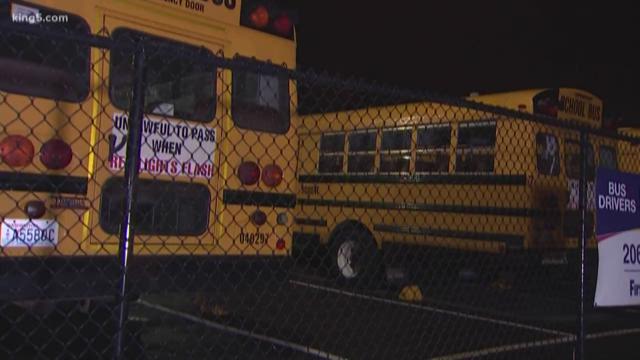 The drivers' employer, First Student, said the drivers voted on a previous offer and not on a tentative agreement that was reached Tuesday. First Student claims the union's bargaining committee chose not to bring the new offer to drivers.

That earlier offer was rejected by 85 percent of the drivers, according to the union.

In regards to the new tentative agreement, Fleming said, "The proposal they brought forward [Tuesday] was essentially that same proposal again with some minor tweak that would benefit 22 out of 400 drivers. So, we are not going to waste our drivers time by voting on a proposal we already know is going to go down."

The union said it does not normally give advance notice of strikes, but wants parents to be ready to make arrangements for their children.

During dinner time at Alisha Helton's house, they go over the plan for Thursday, when the school bus strike starts.

"I get to drive you to school and pick you up," Helton told her two kids, Bella and Kayden.

They have been relying on the bus since they started school, but now they don't know when they'll be taking the bus again.

"It is just frustrating all the way around. It is just not a good situation for anybody," said Helton.

It means she will take time away from work, and since her car is in the shop, she had to get a rental.

"Somebody needs to step in an help whether it's the mayor the district, the school board, somebody," she said.

At Thursday night's Seattle Public Schools meeting, Superintendent Larry Nyland said it is between the drivers and First Student, the company the district contracts with for bus service.

"We continue to be hopeful that First Student and Teamsters will be able to work that out," said Nyland.

"The union has my number. And I am ready, willing, and able to get back to the negotiating table. All they have to do is call me," said Kim Mingo, head negotiator for First Student.

But the union says First Student needs to call them with a better health care plan and a pension.

"These drivers are prepared to stay out there as long as it takes to get a deal," said Teamsters Local 174 spokesperson, Jamie Fleming.

For Helton and her family, she knows that comes with a cost.

"I'm still missing time from work, so that means I am working an hour later every day instead of cooking dinner or spending time with my family or studying for school. That time has to be made up somewhere."

The union says drivers have been in negotiations with First Student over health and retirement benefits since last summer. The Teamsters said the latest proposal from First Student "included some healthcare coverage for individuals but was outrageously unaffordable for anyone with a spouse or children to insure, and included nothing in the way of retirement benefits."

The drivers previously held a one-day strike on Nov. 29.

“We are extremely disappointed that Teamsters Local 174 leadership refused to bring the new contract offer to our drivers for a vote.

The deal on the table, we believe, is fair and equitable to all parties. The proposed contract contains an expanded benefits package, now including comprehensive health care coverage for all full-time drivers and their families, and all part-time employees would have comprehensive health care coverage with First Student covering 80 percent of annual premiums. The contract also includes a 401(k) retirement plan with company match, and a top wage of $24+ per hour.

We care deeply about our drivers, and feel strongly that this deal reflects that. It’s extremely unfortunate that union leadership won’t let its members consider the deal on its merits.

We realize that any disruption to student transportation is a hardship for families who depend on yellow bus service to get their children to and from school in a safe, dependable manner.

As the November one-day strike demonstrated, a disruption in school bus service causes chaos for families, students, teachers, and drivers alike. To help avoid the disruption that a strike Thursday would cause, we are urging all of our drivers to let your voice be heard by calling on your union leadership to hold a vote on this offer.” 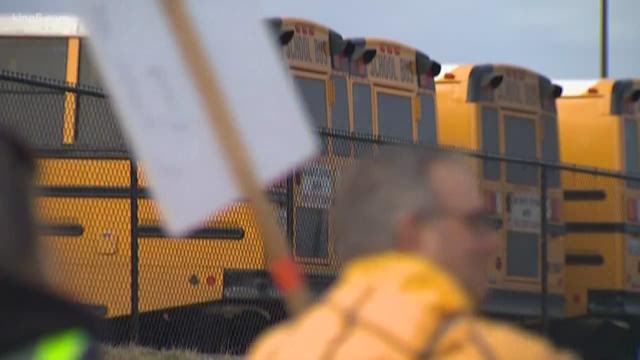