Enforcing of the parking ordinance was put on hold temporarily in spring 2020 due to the COVID-19 pandemic. 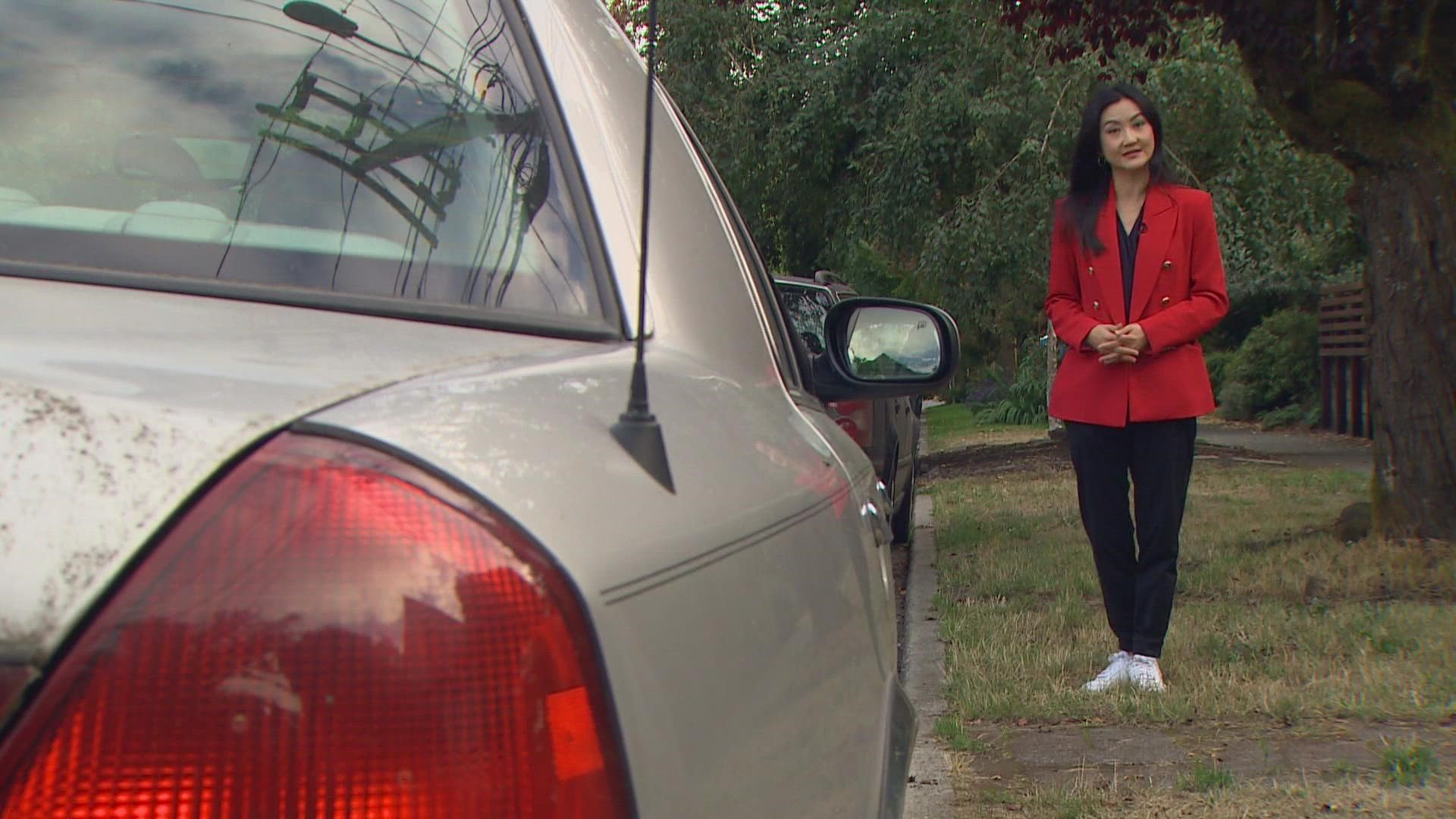 SEATTLE — A Seattle parking ordinance that says vehicles cannot park in the same spot on a city street for longer than 72 hours is under review.

The COVID-19 pandemic halted enforcement of the rule, but the city previously said it would reinstate the ordinance on April 1, 2021. The Seattle Department of Transportation (SDOT), which oversees all parking enforcement in the city, is revisiting that plan.

"The City of Seattle is currently reviewing 72-hour enforcement procedures in light of current state guidelines. We are working to develop an approach to enforcement that balances the reality of changing travel patterns and current needs as public health guidelines continue to change due to the delta variant," SDOT said in an email statement.

The update was news to West Seattle resident Conrad Cipoletti, who thought the return of the 72-hour parking enforcement had been in place since April.

"I just want to have a timeline, and I want good communication from SDOT and the relevant city agencies about what's going on here," said Cipoletti.

Cipoletti said he recently purchased an electric bicycle as his primary form of transportation when the West Seattle Bridge closed for construction. His daily route requires him to cross a portion of Marginal Way S. to reach the Duwamish Trail to ride his bike.

Cipoletti said several vehicles, including RVs, have been parked in the same spot on Marginal Way since February. He said the vehicles block his view of the road and pose a safety issue.

A resident who lives in the Capitol Hill neighborhood pointed to a car that has been parked on the street for at least several weeks, if not months. Several old parking tickets were placed on the car dash, but the car has not budged.

Cipoletti said he noticed the same issue in Capitol Hill.

"There are vehicles there that have not moved since the pandemic began," said Cipoletti.

Enforcement of the 72-hour ordinance was put on hold temporarily in 2020 due to the pandemic and the subsequent stay-at-home order. Despite the temporary hold, SDOT said parking officers have and will continue enforcing parking zones with specific time limits like 2-hour parking and paid parking. SDOT is also enforcing violations should vehicles block a fire hydrant or a driveway.

Anyone observing such parking violations can report it by calling the Seattle Police Department non-emergency line at 206-625-5011 and choose Option 6 or use the city's Find It, Fix It app.

In August, the city approved a move to transition parking enforcement from the Seattle Police Department to SDOT.