The city of Seattle is considering a safe parking pilot program that would offer homeless individuals living in vehicles a place to park overnight. But where to put the safe lot is causing controversy. 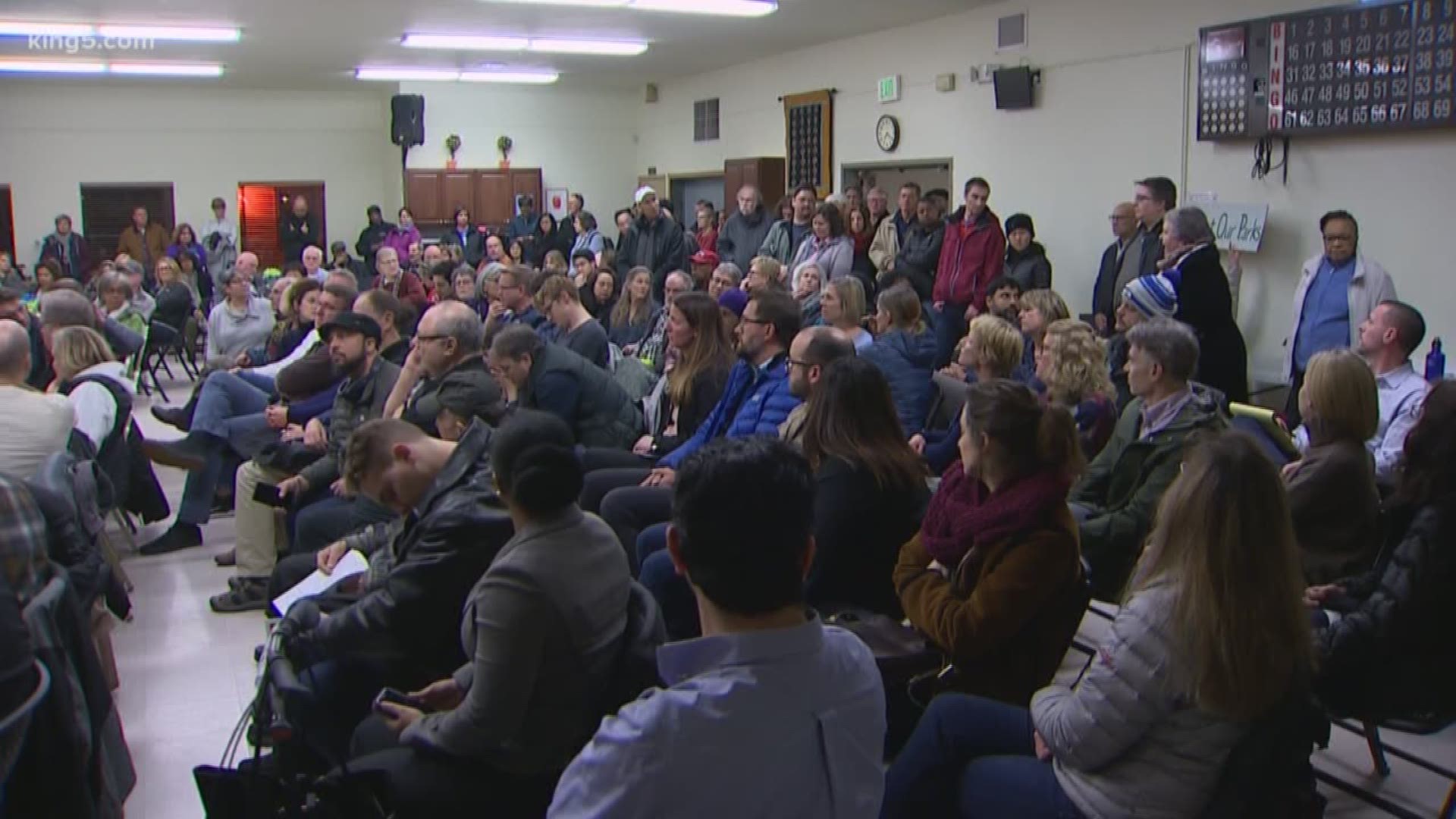 The possibility of a program that would provide overnight parking for homeless in South Seattle drew a crowd of concerned residents Wednesday night.

"I heard that four parks were considered and the one that was selected was Genesee Park," said Susan Chory.

“They still won't admit Genesee has been selected even though there is a 30-gallon water heater installed and the parking lot has been paved,” said John Levytsky, who lives a block away from the park.

A building and land use pre-application, filed by the Low Income Housing Institute (LIHI), listed Genesee Park as a desired location for temporary use as an emergency encampment that would provide overnight parking for homeless individuals living in their vehicles. The project would serve up to 30 vehicles, according to the document.

However, the application was withdrawn a few days ago, according to LIHI Executive Director Sharon Lee. She said LIHI is working with the city on the $250,000 safe parking pilot program.

Kamaria Hightower, a spokesperson for Seattle Mayor Jenny Durkan, said in an email to KING 5 that the mayor was briefed for the first time on a range of issues and options for a safe parking pilot on February 27.

"Mayor Durkan felt strongly about the need to evaluate multiple options, and to do meaningful community engagement," Hightower wrote in the email.

During Wednesday night’s meeting, a representative from the Human Services Department said the city is looking at successful programs in other cities on the west coast including San Diego and Santa Barbara.

Seattle would require participants in the pilot program to be pre-screened, and they would only be able to stay in the lot overnight. They would have to move their vehicle each morning. The lot would be open to cars and not RVs. There would be security on site along with a case manager to work with participants on long term housing plans.

"It is not addressing any of the root problems that have resulted in the homeless population in Seattle," said resident Ben Horvath.

"It would be a relief to me if they say they won't put the encampments in parks," said Levytsky.

One woman stood up at the meeting and said it should not be in South Seattle.

That was quickly countered by a woman who said she understands the hardship because she has been homeless.

"I am sick that my neighborhood turns its back and says, 'not in my neighborhood. Send these people away to the industrial slums because they don't deserve anything better than that.' Shame on you all," she shouted.

The city plans to announce community outreach and engagement at multiple locations so the public can be heard.