Postal worker involved in crash on SR 99 in Seattle

The crash blocked multiple lanes of State Route 99 for over an hour. All lanes are now open. 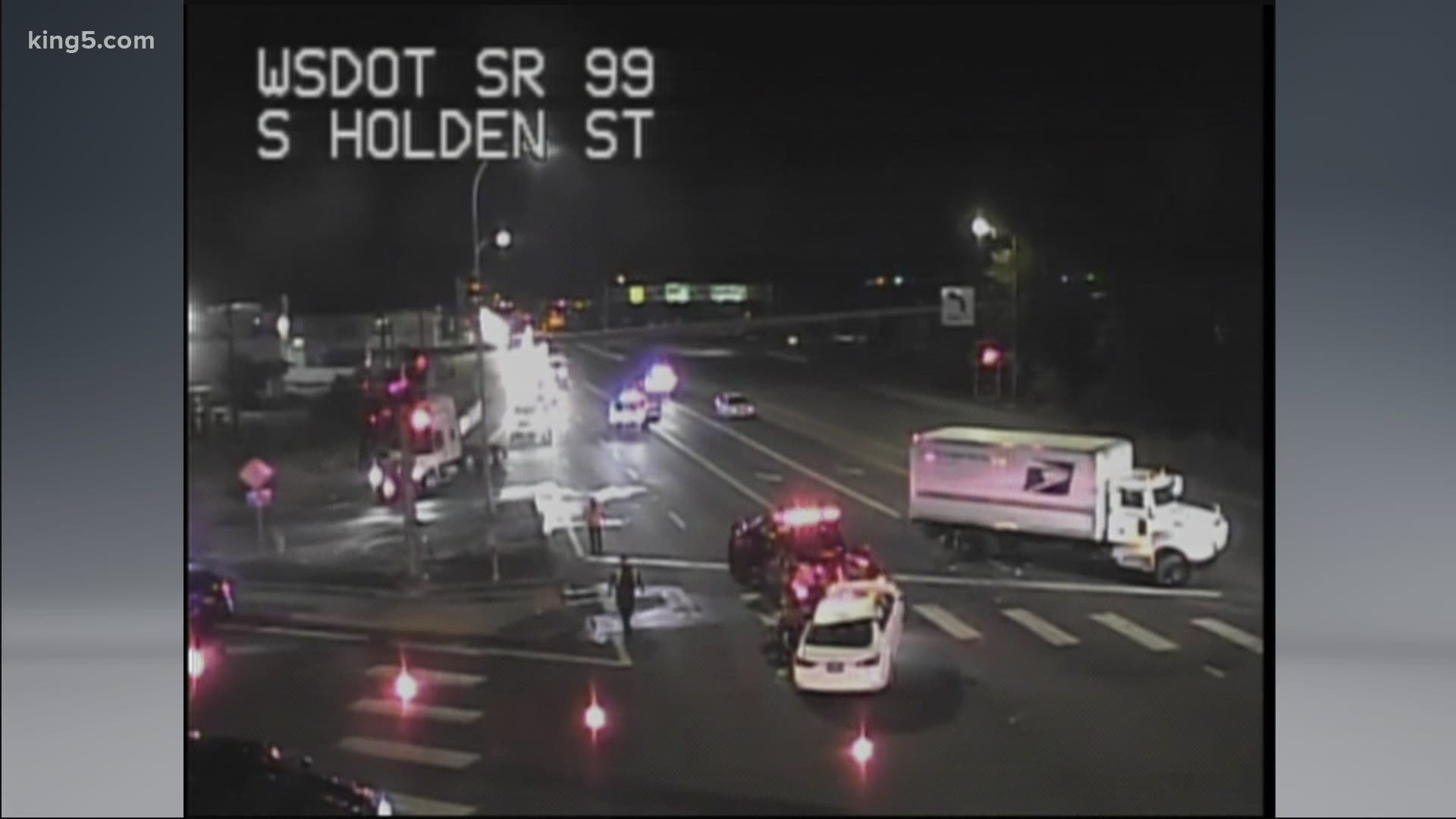 SEATTLE — A vehicle and a United States post office carrier were involved in a crash in Seattle early Wednesday morning.

The Seattle Fire Department tweeted about the crash at S. Holden St. and W. Marginal Way around 4 a.m. The department said crews had to extricate someone from a vehicle.

Washington State Department of Transportation traffic cameras showed a USPS truck and a heavily damaged white vehicle in the intersection. Seattle Fire said two people were taken to the hospital with minor injuries.

The crash blocked multiple lanes of State Route 99 for over an hour. All lanes are now open.

No word on what caused the crash at this time.

Update 4:02 AM : On SR 99 northbound & southbound at S Holden St there is a collision blocking the 2 left lanes.