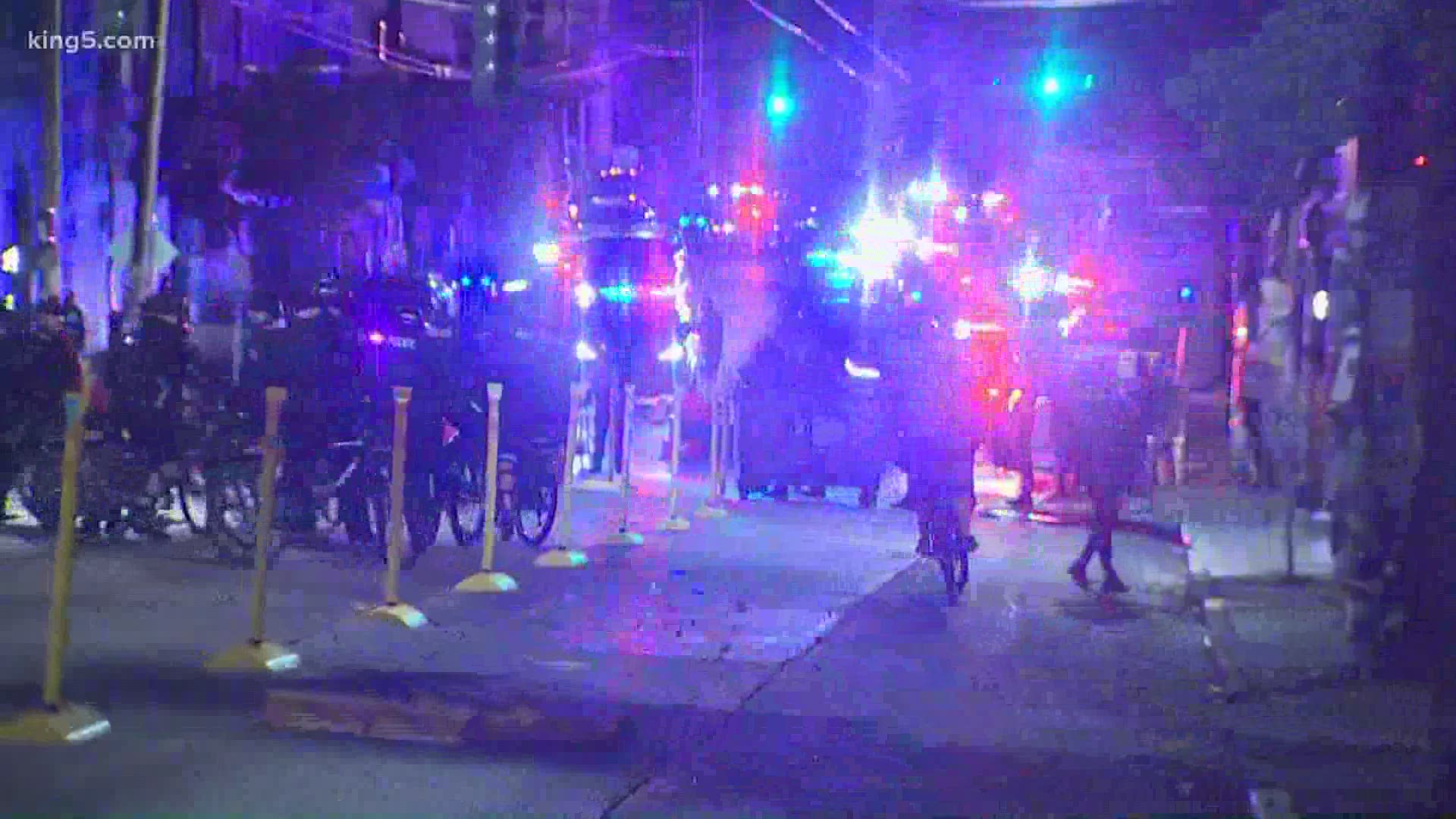 SEATTLE — The ACLU of Washington, along with Korematsu Center and Perkins Coie, filed a second motion of contempt Wednesday against the city of Seattle for the use of crowd control weapons on protesters.

They claim the Seattle Police Department (SPD) violated a preliminary injunction that prohibited the department from using chemical weapons and other less lethal weapons against crowds.

According to the motion, SPD deployed excessive and indiscriminate force against protesters in violation of their court orders.

This is the second time plaintiffs have filed a motion for contempt to get SPD to comply with court orders. The first time, the city agreed to a settlement of the first motion and a clarified preliminary injunction was issued on Aug. 10.

“Protestors should not have to repeatedly take the police to court to get them to follow the law and the Constitution,” said ACLU-WA Senior Staff Attorney Molly Tack-Hooper. “Seattle Police’s brutality against protesters must stop.”

The groups say some of the documented incidents were repeatedly advancing on protesters without provocation or warning and using pepper spray and tear gas. Other things allegedly included rolling a bicycle over a protester, throwing explosives at people and failing to give protesters a reasonable opportunity to disperse before arresting them.

The agencies say they have photos, videos and witness testimonies to document the numerous offenses in violation of the court’s orders.

“The police are using violence to intimidate and silence people like me who are speaking out against police violence and systemic racism," Alexandra Chen, a plaintiff in the lawsuit, said in a statement. "What they are doing proves the point that the protestors are trying to make.”

Chen claims they were pepper sprayed while peacefully protesting on Sept. 7, at a Labor Day protest outside of the Seattle Police Officers Guild.

The motion asserts that the city has not taken sufficient action to enforce the court’s orders to stop SPD from using excessive force on demonstrators. The motion for contempt requests that the court order the city of Seattle to bring SPD into full compliance with the preliminary injunction and to report back with what efforts they are taking.