Seattle police officers were scheduled to patrol Alki Beach through Sept. 27, but the plan is on pause due to a policy issue. 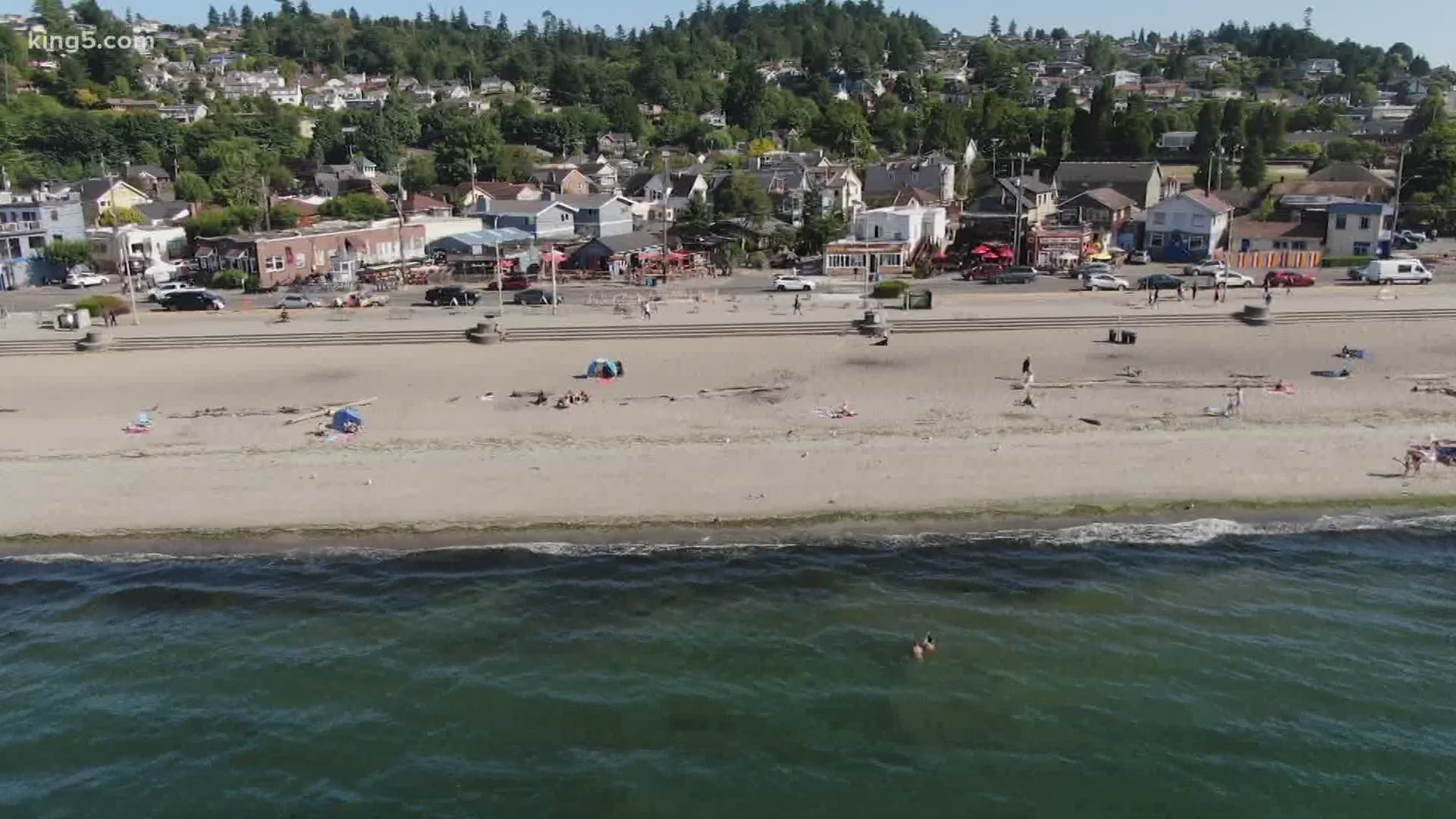 SEATTLE — A plan for Seattle police officers to make nighttime patrols on Alki Beach is on pause, pending approval from the city council.

Seattle Parks and Recreation planned for police officers to enforce the West Seattle beach closure at 9:30 p.m. on busy summer nights. On Thursday, officers made their rounds and reported that "operations went smoothly."

However, Seattle Police Department Captain Kevin Grossman said the plan "ran into a roadblock" that now puts the emphasis patrol on hold. According to a social media post, Grossman said any funds from one city agency to another, such as from the Parks to Police department, must be approved by the city council.

The Parks department said visitors were lingering at the beach long past 9:30 p.m., often resulting in late fires, litter, and even violence. City crews removed fire pits, but that didn’t quell late visitors.

“They're tried talking to people. And then within 15 minutes when they leave, then there's more fires again,” said Joanne Watchie, who’s lived near Alki for six years.

The plan had been for three uniformed officers to assist parks officials from 8 p.m. until 11 p.m. in closing the park. Parks officials say the officers would work Thursday through Sunday until at least Sept. 27.

Seattle Parks and Recreation planned to pay overtime for the officers and a representative told KING 5 the cost would not exceed $27,000.

Watchie and other neighbors had posted on the NextDoor app about issues with crowds just being too noisy or sometimes leading to violence like the shooting near Alki that injured two people last week.

Seattle Police said they hope the partnership can help address some of the concerns residents have about noise, alcohol use and violence in the area.