Three Seattle police officers self-reported to the Office of Police Accountability that they were in Washington, D.C. during riots earlier this month.

Three more Seattle police officers are under investigation for being in Washington, D.C. during a riot at the U.S. Capitol earlier this month.

The officers self-reported to the Office of Police Accountability that they were at the event on Jan. 6. They are still on duty, according to Interim Seattle Police Chief Adrian Diaz.

Supporters of President Donald Trump stormed the U.S. Capitol on Jan. 6 as lawmakers confirmed the presidential election results. Five people died during the breach, including a police officer and a Trump supporter who was shot.

Two other Seattle police officers are also under investigation for being at the event and were on leave as of Jan. 8

If any Seattle officers were directly involved in the Capitol riots, Diaz said he would immediately terminate them.

"I made it very clear when I assumed this position, that any violation of community trust or any action that threatens our ability to serve this city will be met with full accountability," Diaz said in a blog post Wednesday. "We cannot violate the same laws we are sworn to protect. We cannot allow violent or intimidating direct action to become acceptable in our society." 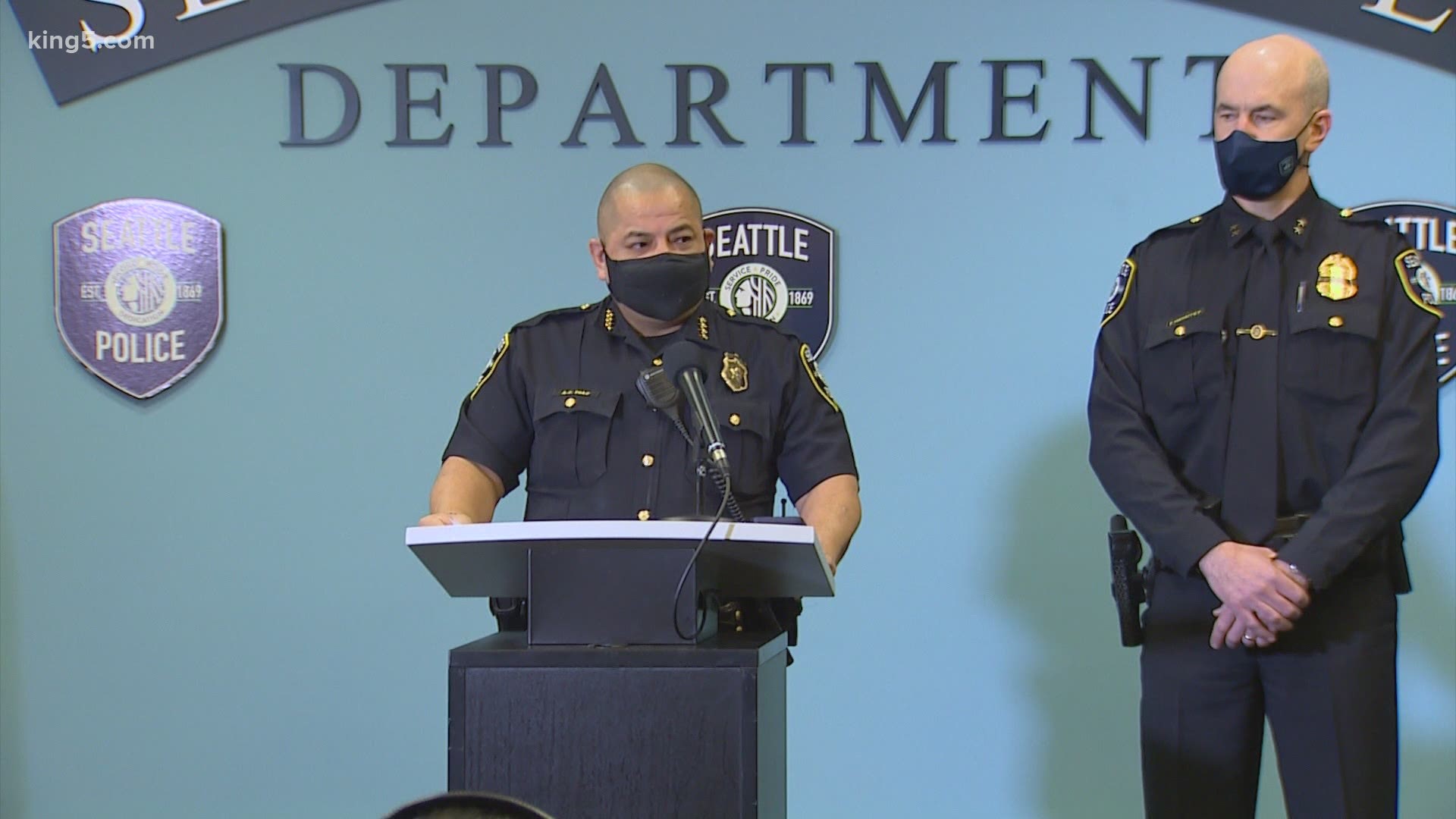