SPOG President Mike Solan said city leaders could accommodate officers who don't want the shot and keep the city safe, but they are choosing not to do that. 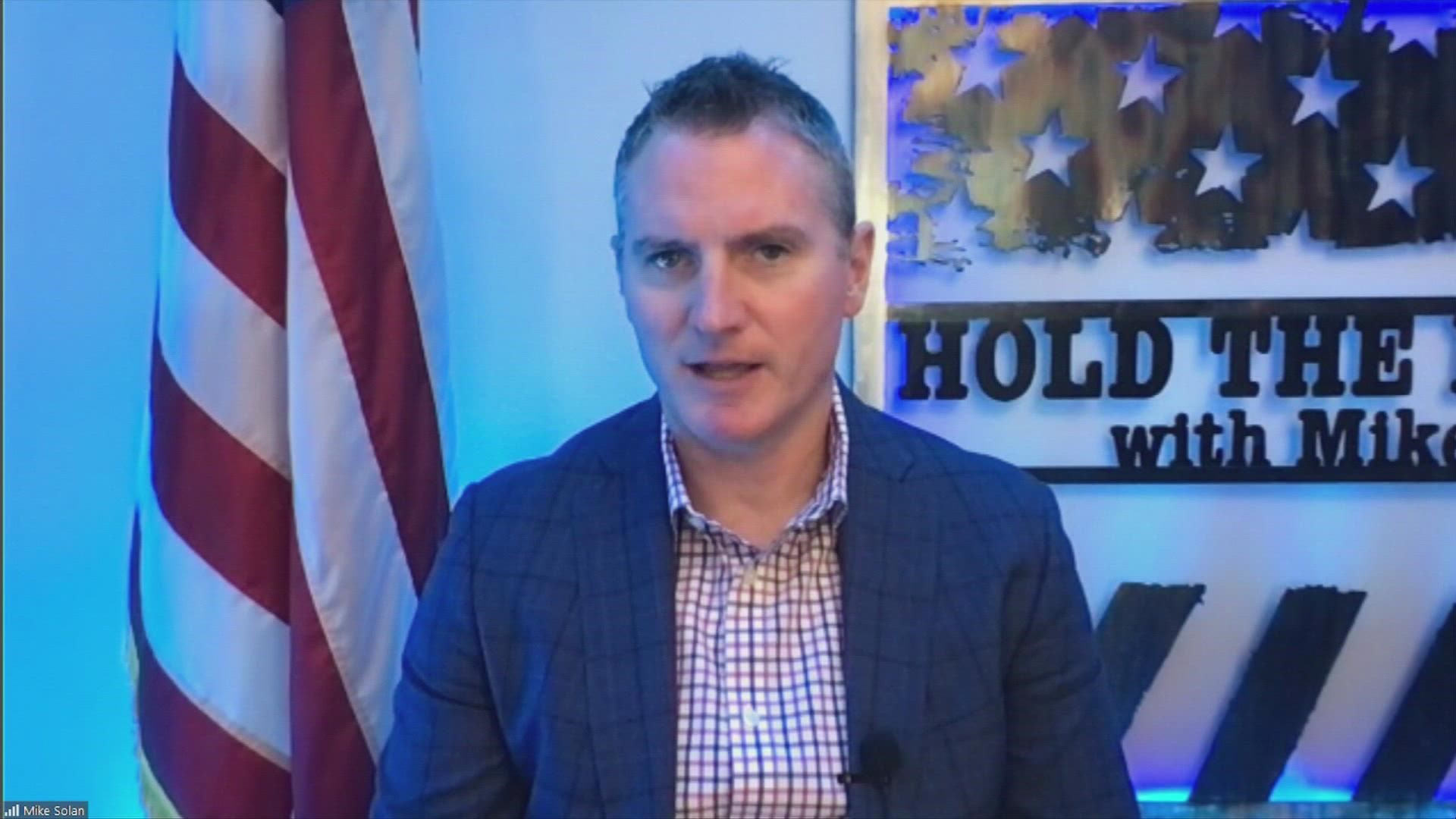 SPOG President Mike Solan said city leaders could accommodate officers who don't want the shot and keep the city safe, but they are choosing not to do that. With just days until the mandate takes effect, Solan said now is not the time to force a vaccine on officers as the police department already faces a staffing crisis.

"Crime is surging in this city. Our community is demanding more police officers to answer the 911 calls, and the fact we've already lost close to 350 police officers because of the politicians' political betrayal," said Solan.

Solan said that before George Floyd's death at the hands of Minneapolis police officers in May 2020, city officials called SPD a "model department" when it came to police reform. But he said the tables turned after Floyd's death with some city leaders demanding massive cuts to the department.

Now, Solan wants Mayor Jenny Durkan to do what some other cities have done and allow officers who don't want to get the shot the option to wear masks, get tested regularly for COVID-19, and not have their assignments changed.

"For some reason, this mayor is refusing that, which I think is unreasonable and is void of common sense," said Solan.

Seattle announced its own vaccine mandate in August to be in alignment with Gov. Jay Inslee's and King County's policies that require all city employees must be fully vaccinated against COVID-19, request an exemption, or face termination by Oct. 18.

The mayor's office responded to Solan's request in a statement to KING 5, saying, "COVID-19 is currently the number one cause of death for our first responders. Throughout the pandemic, we have seen dozens of firefighters and officers exposed with some hospitalized even with testing and PPE. This deadly disease puts our families, children, co-workers, and the community at risk, so Mayor Durkan sincerely hopes that anyone at risk of leaving the City or at departments statewide will make the decision to stay by getting vaccinated."

Solan said officers who choose not to get vaccinated will not be terminated immediately. Instead, they will be given a notice for a "Loudermill hearing" where an employee can present their reasonings before separation is taken.

King County Sheriff's employees will be subject to the same process, according to an internal memo from the sheriff's office on Thursday.

The vaccine debate is happening across the country.

In Los Angeles County, the sheriff decided to go against the county mandate and not require his 18,000 employees to get vaccinated. That sheriff said his department can't afford to lose 5% to 10% of its staff.

The issue of vaccines for city employees also came up during Thursday night's Seattle mayoral debate. Candidates Lorena González and Bruce Harrell sounded off when asked what they would tell someone who wants to work in law enforcement, but doesn't want to get the shot.

"I strongly believe that it is important for all of our public employees to receive the vaccine," said González.

"I expect you to take your oath to office, to the point where you realize you have to lead with the vaccination, so this is not the place for you in Seattle," Harrell said.

The Seattle mayor's office said that city firefighters are required to be vaccinated for hepatitis, so they said the requirement for a COVID-19 vaccine is no different.

SPD and the Seattle Fire Department have both outlined contingency plans to handle the potential fallout out from losing officers and firefighters due to the vaccine mandate.