The Seattle Office of Police Accountability found the use of pepper spray was consistent with department policy and did not believe the officer saw the child. 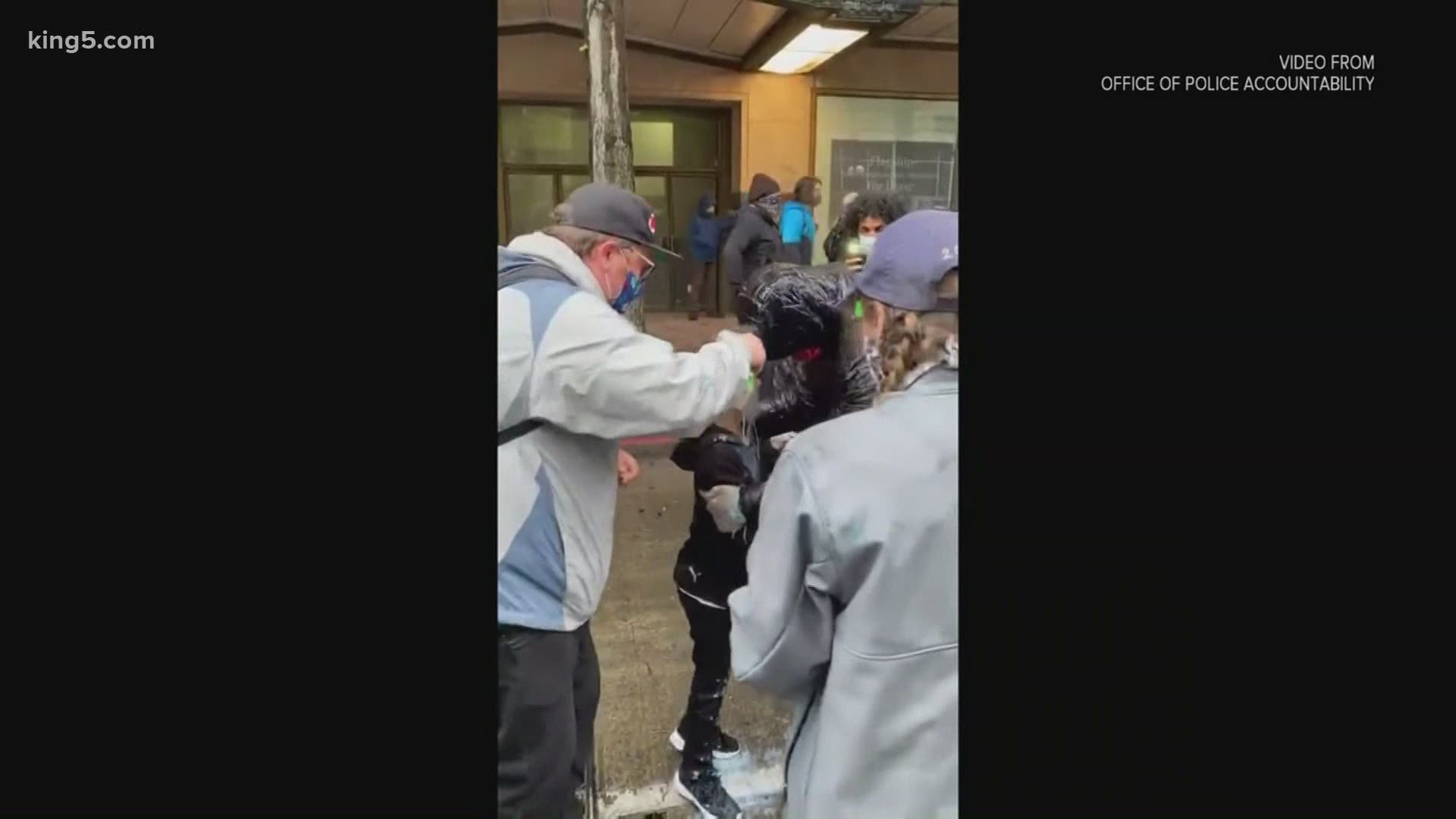 SEATTLE — Seattle’s police watchdog has released the results of several investigations stemming from complaints over officer conduct during anti-racism protests, finding in the most high-profile case that an officer did not mean to pepper-spray an 8-year-old boy.

The incident on May 30 prompted 13,000 complaints to the Office of Police Accountability. Since May, the office has been contacted about 19,000 times about Seattle police conduct at protests, resulting in 118 cases.

The Seattle Office of Police Accountability said Friday that body-worn video showed that the officer who used the pepper spray was targeting a woman who had grabbed another officer’s baton. When the woman ducked, some of the spray hit the child and his father.

"While the impact to the boy was an unfortunate result, he was not visible on the video at the time of the pepper spraying and therefore could not have been seen by the supervisor," the office wrote in a press release.

The office found the use of pepper spray was in line with the police department's policy. 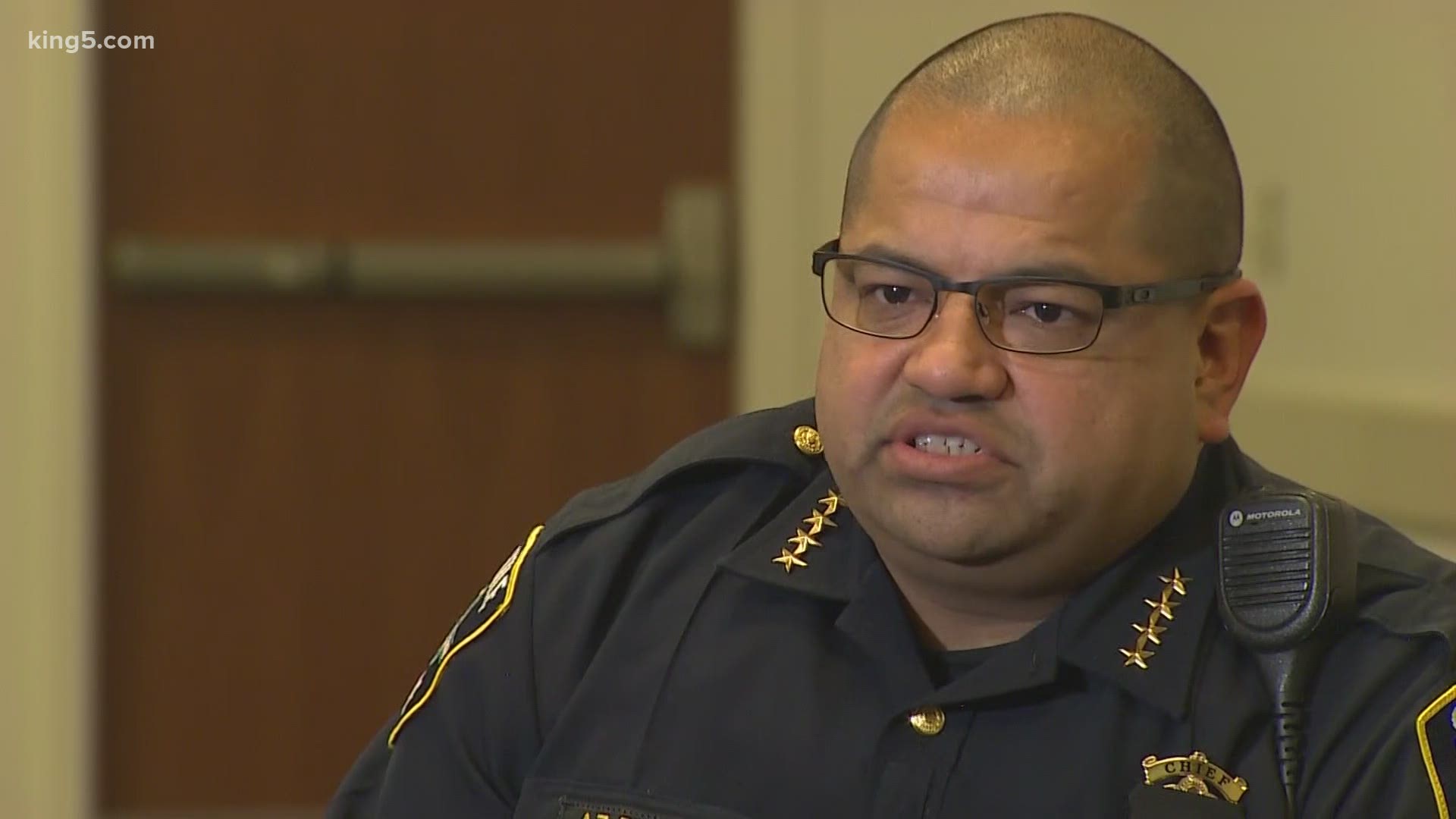 In another case the office said it was inappropriate for an officer to place his knee on the neck of a person he was arresting for 13 seconds. The office did not find evidence that the officer intended to impair the protester's breathing or use a neck restraint. This case went before Interim Police Chief Adrian Diaz for potential discipline.

The office also decided three other cases, two of which the group did not find reason for excessive force or bias-based policing. The office did find grounds for a complaint where an officer made unprofessional comments that violated department policy.

RELATED: Another protester charged with torching Seattle police cars during May demonstration