The Seattle Office of Police Accountability received thousands of complaints about police officers during weekend protests. 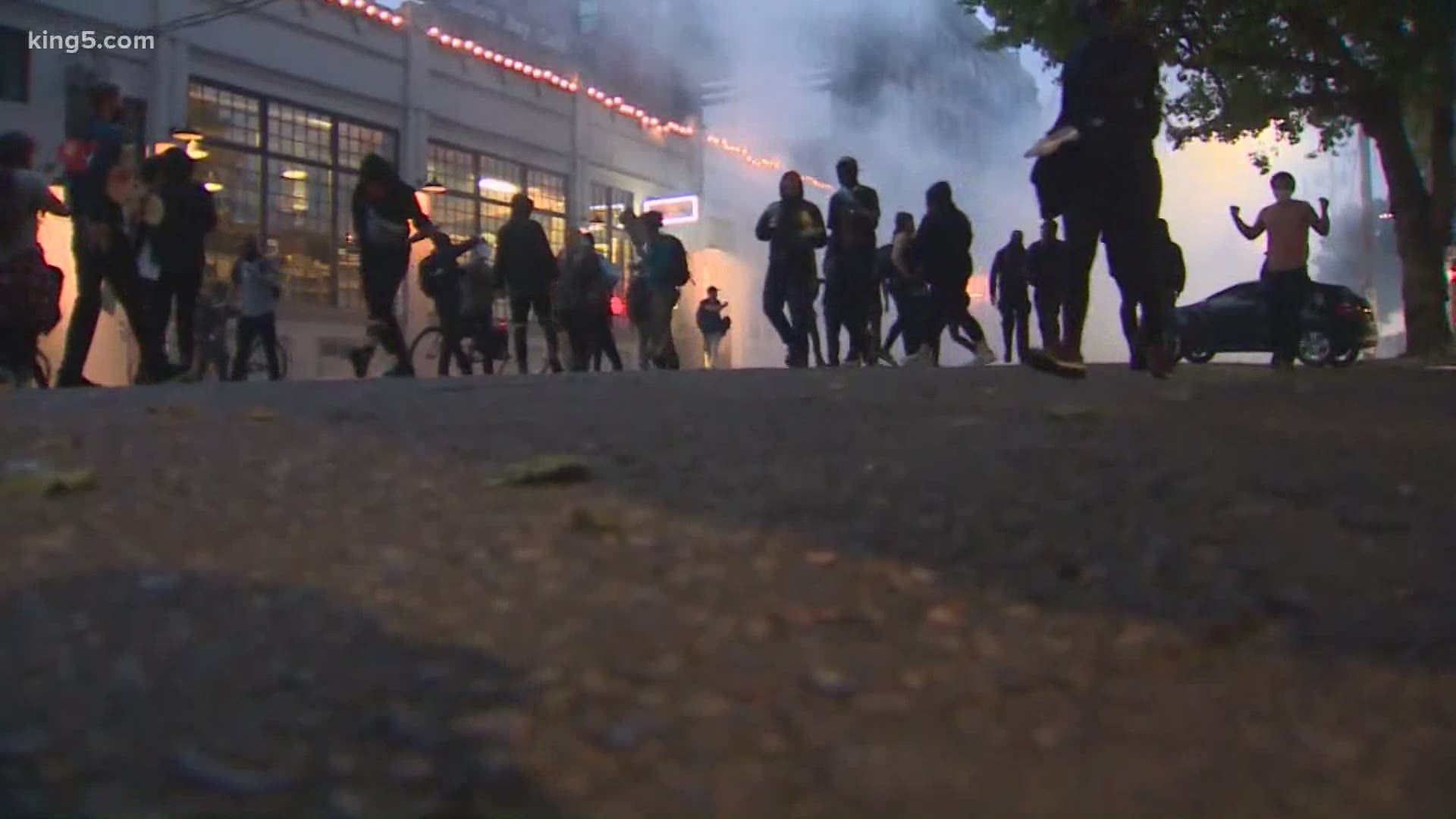 SEATTLE — The agency that investigates allegations of Seattle police misconduct received about 14,000 complaints about the police response to George Floyd protests this weekend.

The Seattle Office of Police Accountability (OPA) said Monday it is currently reviewing and processing the complaints, and investigations into the complaints will be its “top priority.”

“Please note that we will not prejudge any actions prior to finishing our investigations,” OPA said in a statement. “We respectfully caution the public about reaching findings without having all the evidence.”

RELATED: Video sparks concerns about police use of force during Seattle protest

Initially the office reported that there were 12,000 complaints filed, but on Wednesday, City Attorney Pete Holmes put the number at 14,000.

About 10,000 people protested in Seattle on Saturday, and demonstrations turned violent leading to 57 arrests, mostly for burglary and assault. At least eight cars were burned and hundreds of buildings and businesses were damaged, according to Seattle police.

Sunday’s protests remained peaceful, although protesters marched hours past the 5 p.m. curfew until police officers broke up the crowd.

OPA released a list of 10 incidents it received the most complaints about:

During a Sunday press conference, Seattle Mayor Jenny Durkan responded to claims that police officers covered badge numbers saying the black stripe was to mourn fallen officers. However, Durkan argued the officers at the protests were still identifiable by the name on their uniforms and their faces.

“It was a really difficult,” Best said. “Thousands of people out there with nothing but ill intent, and it was directed specifically at the police officers, so that was really trying.”

If community members would like to file police complaints with OPA, they can use the agency’s web form.