The Seattle Police Department is going to re-assign resources in order to add more than 100 officers and supervisors to its 911 response team. 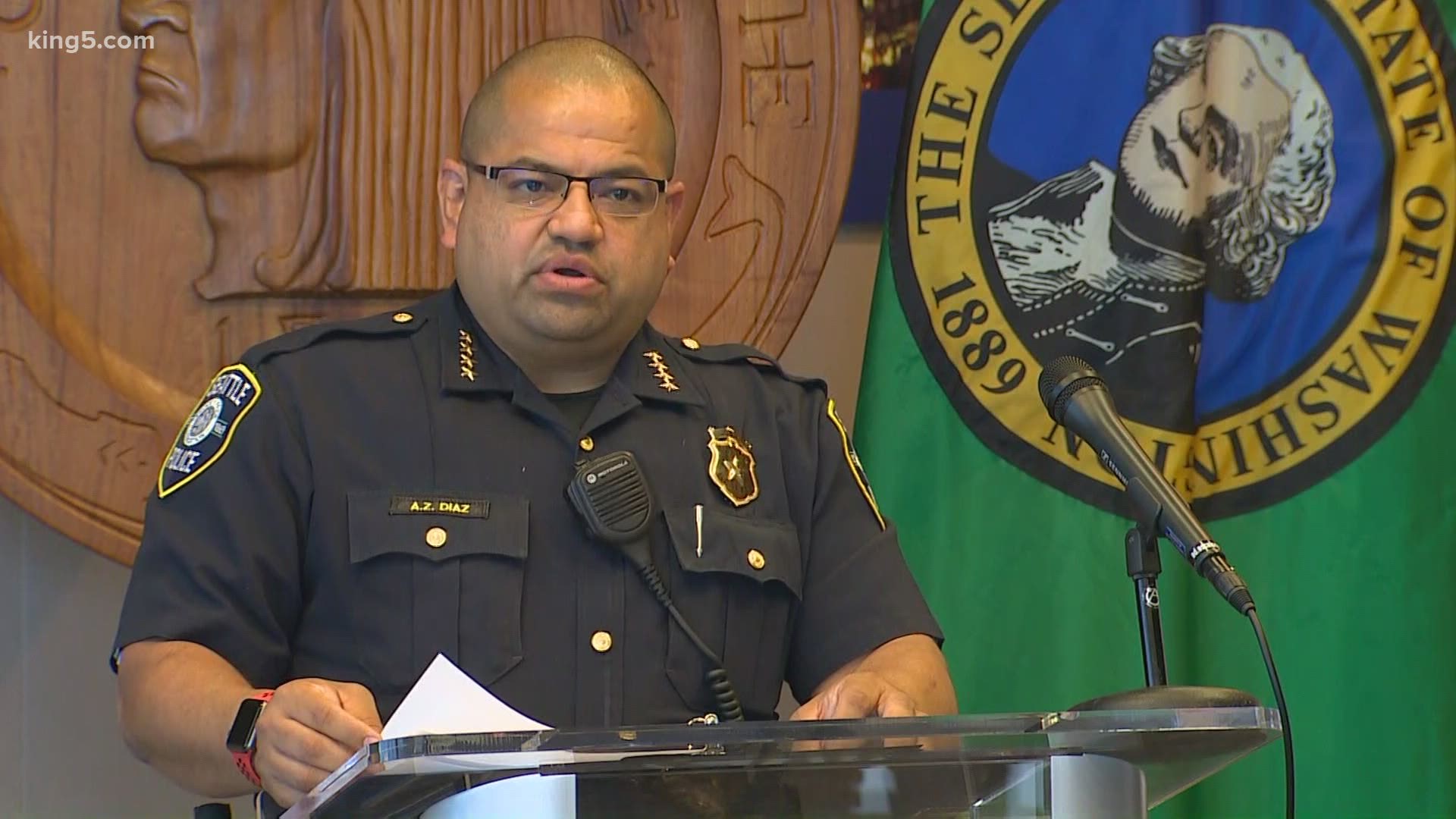 SEATTLE — Citing that they have "consistently heard" from Seattle residents wanting to see officers more and have them respond to calls faster, the city's police department is in the process of adding more than 100 personnel to the 911 response team.

The department will re-assign resources in order to accomplish its goal, which also includes increasing the time officers get to "know neighbors and working with them to solve issues leading to criminal behavior."

"In recent weeks, every day we have seen the demands placed on patrol - from working in the community throughout the COVID-19 crisis to responding to on-going civil unrest," a blog post from Interim Police Chief Adrian Diaz reads.

The department is working with the Seattle Police Officers Guild and affected personnel. The anticipated start date for the re-assigned officers and supervisors is Sept. 16.

"Everyone in the department has been doing amazing work," Diaz wrote. "Patrol has been asked to continue to respond to a growing number of issues without additional resources. We begin to address that today. We will continue to deliver comprehensive police services, with our focus on preventing and responding to crimes in the community."

Diaz said the reassigned officers will largely come from community policing, traffic enforcement, and similar units, rather than from those focused on violent crime, sexual assault, or domestic violence.

Seattle Mayor Jenny Durkan said the reassignments lay the "ground work" for future changes, with the intention of improving community interaction and ensuring the next generation of police serve the city in appropriate ways. She said she believes the city council will support the changes being made.