Seattle Police officers made two arrests after fights broke out and confirmed one officer was injured at Alki Beach on Saturday. 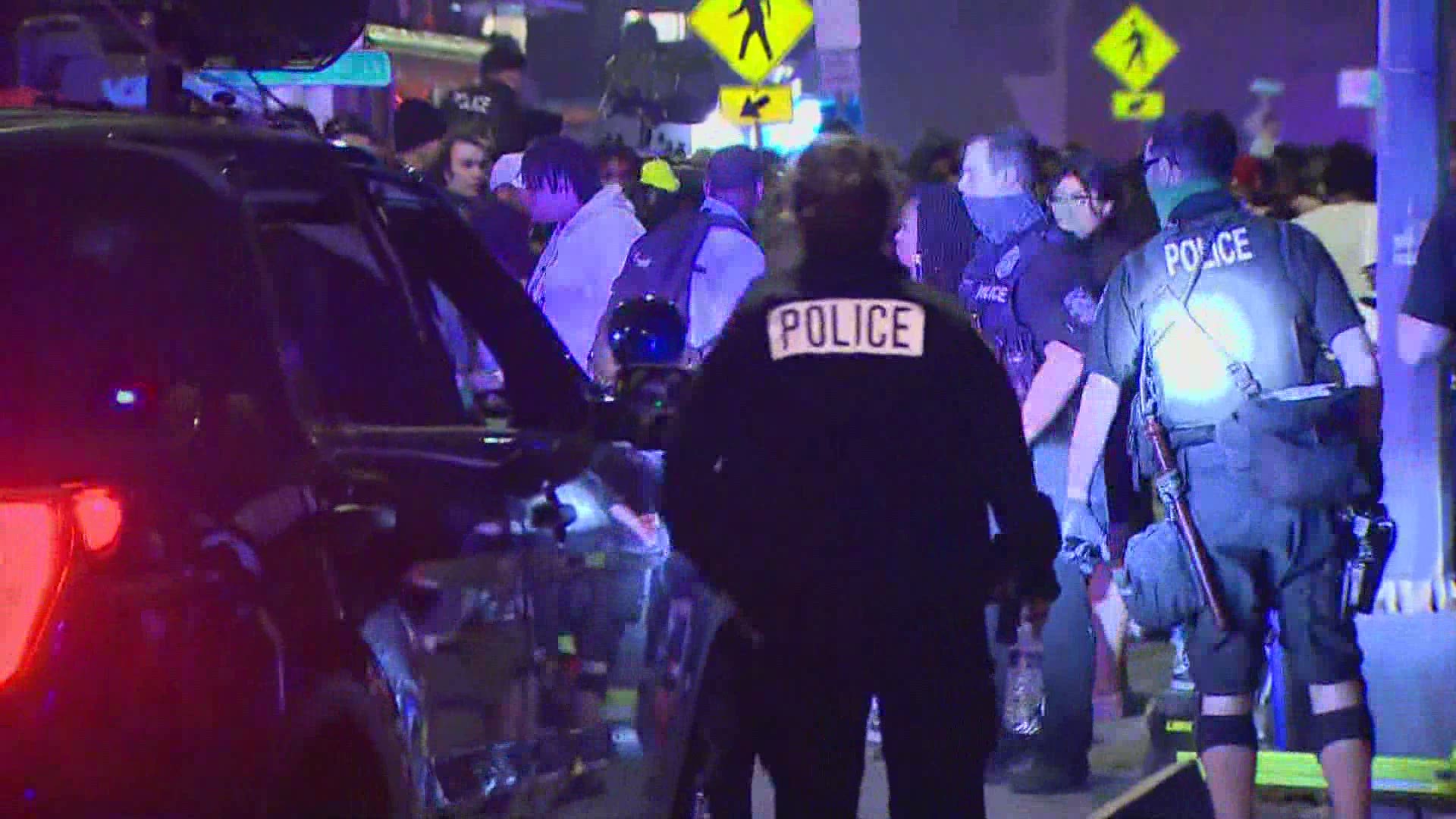 SEATTLE — Seattle Police shut down a gathering at Alki Beach Saturday night after large a crowd convened for a party around 9 p.m.

Police made three arrests after multiple fights broke out, and asked others to stay out of the area.

Shortly after, officers began clearing the park of all visitors at the request of the Seattle Parks Department due to "safety issues," including fights, fires, and robberies, according to a tweet from the Seattle Police Department.

Alki Beach was crowded for much of the day Saturday, the first day of Memorial Day weekend amid loosened COVID-19 restrictions in Washington.

@SeattleParks has closed Alki Beach due to going public safety issues(fights, fires, robberies). Officers are now asking the remaining people to please leave. Please do not attempt to enter Alki Beach at this time. Roads are closed approaching the beach. https://t.co/TwIsDu9JXj