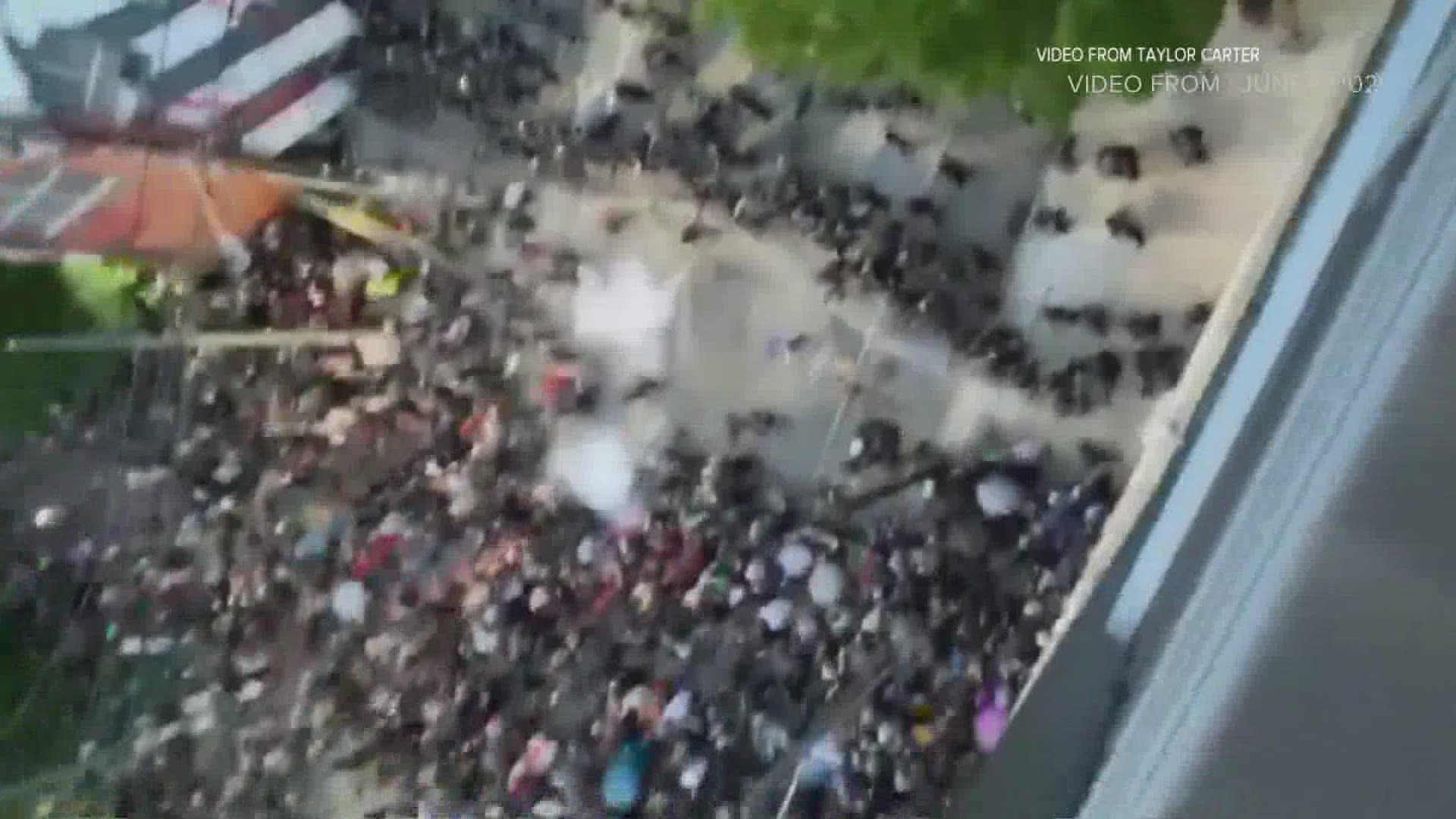 SEATTLE — Seattle’s interim police chief has demoted the assistant chief who was in charge when riot-gear clad officers fired tear gas blast balls into a crowd of demonstrators on Capitol Hill in June after an officer’s tug of war with a protester over an umbrella.

Interim Chief Adrian Diaz’s decision means the assistant chief who was the incident commander will be returned to a captain’s rank.

Diaz’s decision was laid out in a letter Wednesday to City Councilmember Lisa Herbold and posted on the department’s website. The assistant chief was not named.

"My decision is based on concerns and observations regarding planning, logistics, communications, decision-making, and staffing analyses that in my view laid the groundwork for the escalation of tensions that followed..." Diaz wrote in his letter. "...Fundamentally, I must have confidence that each and every member of this department’s sworn Command Staff, regardless of bureau assignment, be able to step into an incident command position as circumstances may require. This demotion is a reflection of my lack of confidence in this individual’s ability to do so."