The shop Pie in Seattle's Fremont neighborhood was hit by burglars this week for the second time in three months. 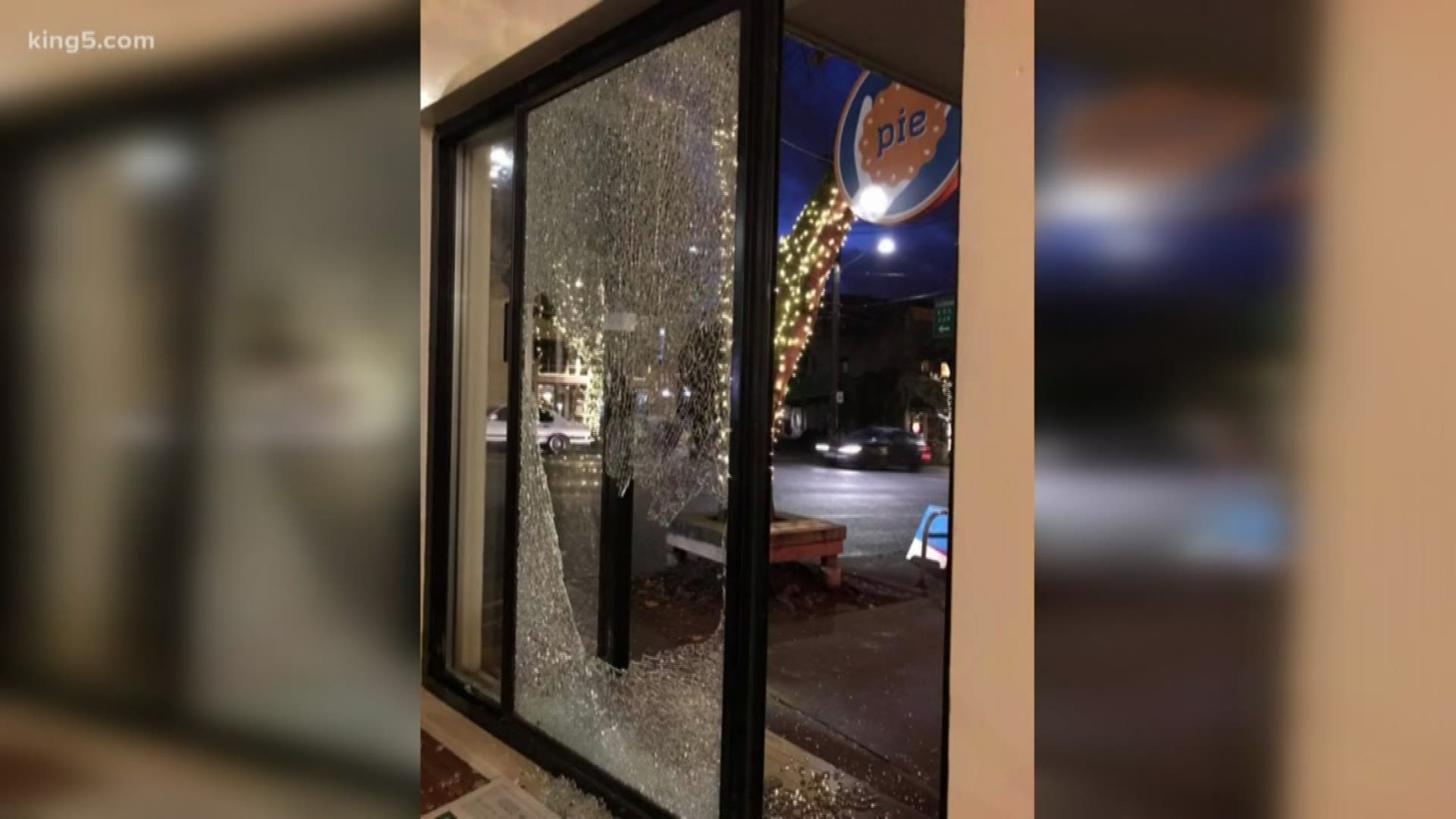 SEATTLE — A pie shop in Seattle’s Fremont neighborhood was vandalized earlier this week with thieves breaking into the shop and stealing several hundred dollars.

One look at the front door, and it's pretty obvious.

"There was glass all over the front sidewalk,” said Pie owner Jessamy Whitsitt.

One of her employees arrived Monday morning to find someone had broken in. The glass door had been shattered.

"They threw some stuff around, they broke another window,” she said. "They were looking for something. It was very obvious."

A couple of unsavory characters, looking for dough.

"I wish they were just after pies. They could have had all the pie they wanted," said Whitsitt.

Unfortunately, that’s not the kind of dough they were after. Thieves hauled off the entire safe, and with it, a couple hundred dollars in weekend sales and tips.

"We're bummed out today,” said Whitsitt. “We're disappointed. We don't really understand why someone would steal from a small business."

This is the second time she's been hit in three months. And she's not alone.

"I know a lot of business owners, and it's definitely been really commonplace in Ballard and in Fremont,” Whitsitt said. “I live in Ballard so I'm pretty aware of the Ballard community as well."

It's a sign of the times she says. A rapidly growing city where social services struggle to keep up with demand. While she may have to wait on the wheels of justice, Whitsitt's community is already giving her reason to get in the holiday spirit one pie at a time.