Seattle neighborhood remembers man who was killed while walking his dog

The Capitol Hill community is remembering one of their neighbors who was recently hit by a car and killed while walking his dog. They walked, Sunday, to honor 79-year-old Max Richards, and to say they need more crosswalks. 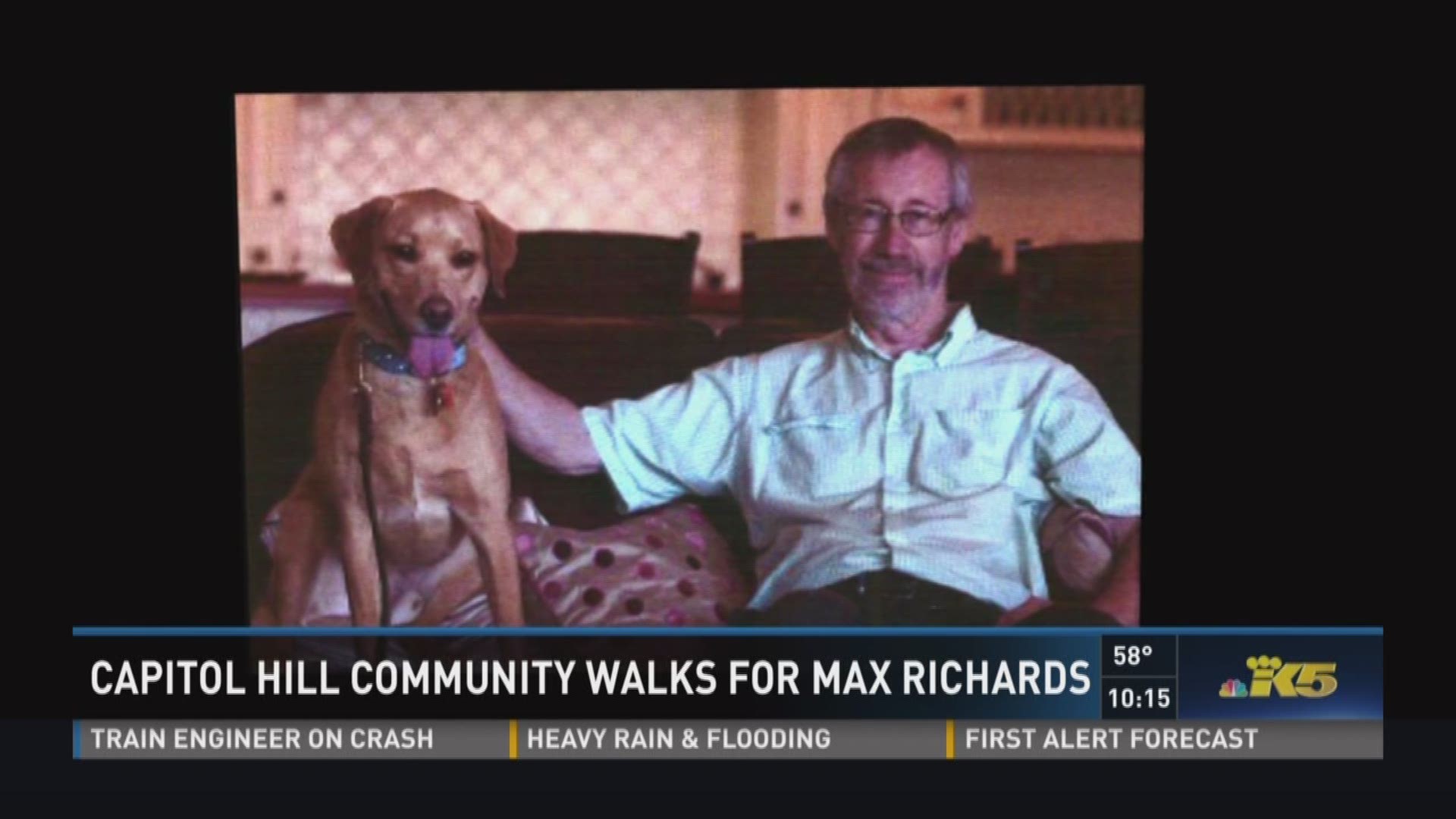 SEATTLE - The Capitol Hill community is remembering one of their neighbors who was recently hit by a car and killed while walking his dog. They walked on Sunday to honor 79-year-old Max Richards and to say they need more crosswalks.

Richards' favorite tree marks the intersection of Belmont Ave E and Bellevue Pl E, where the academic and poet took his final steps, two weeks ago.

Richards, who spent most of his life in Australia and New Zealand, was in Seattle for a few years while his wife earned a degree at Seattle University.

“I was thinking about his poetry and the fact that he wrote emails in verse, even if it was just the shortest email, it would come in the verse form,” said Chris Longo, Richards’ friend.

The walk was also an opportunity to raise awareness of what neighborhood groups say are some much-needed safety improvements, like a lack of crosswalks on the block where Richards was hit.

“I certainly know that that is a very dangerous crosswalk because I walk my dog there quite often as well,” said Ellie Cohan, a neighbor.

The City of Seattle recently lowered speed limits. Drivers on arterials are now limited to 25 mph, instead of the previous 30 mph. Residential streets went from 25 mph to 20 mph.

“Now we need to get the money to actually have the money in the budget to engineer to those speeds. People aren't going to change their speed limit just because there's a sign-up,” said Cathy Tuttle, executive director at Seattle Neighborhood Greenways, a safe streets advocacy organization.

At Cal Anderson Park, the group met up with Marilyn Black, Richards' wife, and his golden lab Pink. Black says she's received an outpouring of support from a community that feels her loss.

“To feel that the community is concerned is very special,” she said.