The move has been months in the making, ever since the Seattle City Council passed the tax on companies with at least $7 million in annual payroll. 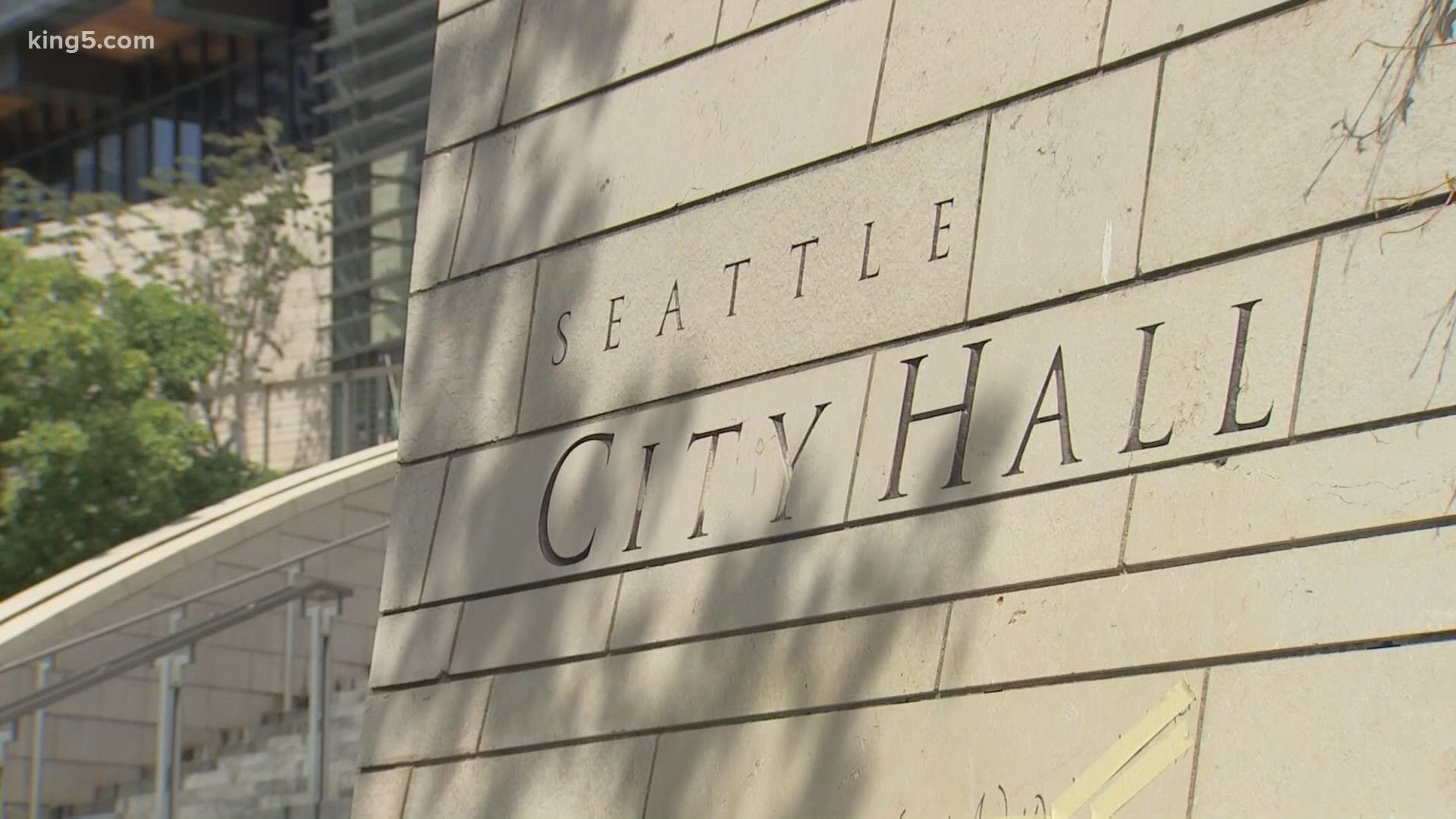 SEATTLE — The Seattle Metropolitan Chamber of Commerce is suing the City of Seattle in an attempt to overturn a payroll tax on the city’s largest businesses.

The move has been months in the making, ever since the Seattle City Council passed the tax on companies with at least $7 million in annual payroll and high-income earners.

The council approved the ordinance by a vote of 7-2 in July, without significant push back, and in a remote environment.

Seattle Mayor Jenny Durkan did not sign the bill, but the supermajority vote by council made it law.

Proponents of the measure say it would raise $200 million a year or more, which could be used to fund affordable housing and the Green New Deal, as well as community groups. Instead, in the budget cycle which wrapped up last month, the money was diverted to cover shortfalls and avoid mass layoffs.

“This illegal tax puts Seattle’s economic recovery at risk, now and years into the future. The Seattle City Council overstepped when they rushed this tax through. By playing fast and loose with its taxing authority, the council added another headwind to Seattle’s economic recovery,” wrote the chamber’s VP Alicia Teel in a news release announcing the lawsuit, which was filed in King County Superior Court.

It alleges, in the filing, that the ordinance is illegal and should be voided, based on a 1952 Washington Supreme Court ruling on taxing “the right to earn a living”.

The chamber also said more than 200 businesses have closed since the start of the pandemic, and the legislation, if upheld, will only add to the struggle to revive the economy.

Justin Young, who owns Flow Fitness in South Lake Union, said he opened his small business there to capitalize on the foot traffic that Amazon, Google, and Facebook have brought to the neighborhood.

While he’s not subject to the payroll tax itself, he feels like there could be a trickle-down effect.

“I'm very concerned that the tax would drive jobs out of Seattle when easily, companies like Amazon can easily move their jobs, the east side in Bellevue,” he said. “I'm in favor of this tax in general, I think would make sense on a regional basis. But to have the only the City of Seattle where people could they could easily move jobs just a few miles away, I think doesn't make sense. And it's really going to hurt businesses in Seattle, particularly.”

The payroll tax was the bigger cousin of the failed head tax proposal in 2018. That measure was first approved by the council, then repealed after the threat of a public vote.  Progressive lawmakers vowed to come back with another piece of legislation at a later date.

Seattle Councilmember Teresa Mosqueda, who has been quickly and widely mentioned as a potential mayoral candidate and who crafted the Payroll Tax legislation, did not respond to a request for comment Tuesday about the lawsuit.

However, Durkan’s office issued a lengthy statement which reinforces her earlier concerns about the payroll tax:

“The largest corporations in our country have not been paying their fair share in taxes, particularly as many have benefited greatly during COVID-19 while small businesses and workers struggle. Our local large companies thrive in part because of the investments our region has made, and through taxes they should shoulder more of the costs associated with their huge growth. Mayor Durkan has long advocated to reform Washington state’s regressive tax system and was a leading advocates for a regional progressive payroll tax on businesses that was proposed in Olympia earlier this year.

Earlier this summer, the Mayor expressed concerns that litigation could be filed regarding a City payroll tax. The Mayor believes that a regional payroll tax is the best approach to clarify any potential legal issues, provide a level playing field for all cities in the region, and ensure the region receives significant revenues to address our shared priorities.

The payroll tax will go into effect as the City defends the legal authority to impose a tax and the Court reviews the plaintiff’s request for a declaratory judgement.

Mayor Durkan will continue to support lowering regressive taxes and having more progressive revenue options, including taxes on businesses and a City income tax that could generate hundreds of millions of dollars in new revenue each year,” wrote the Mayor’s spokesperson Kelsey Nyland.