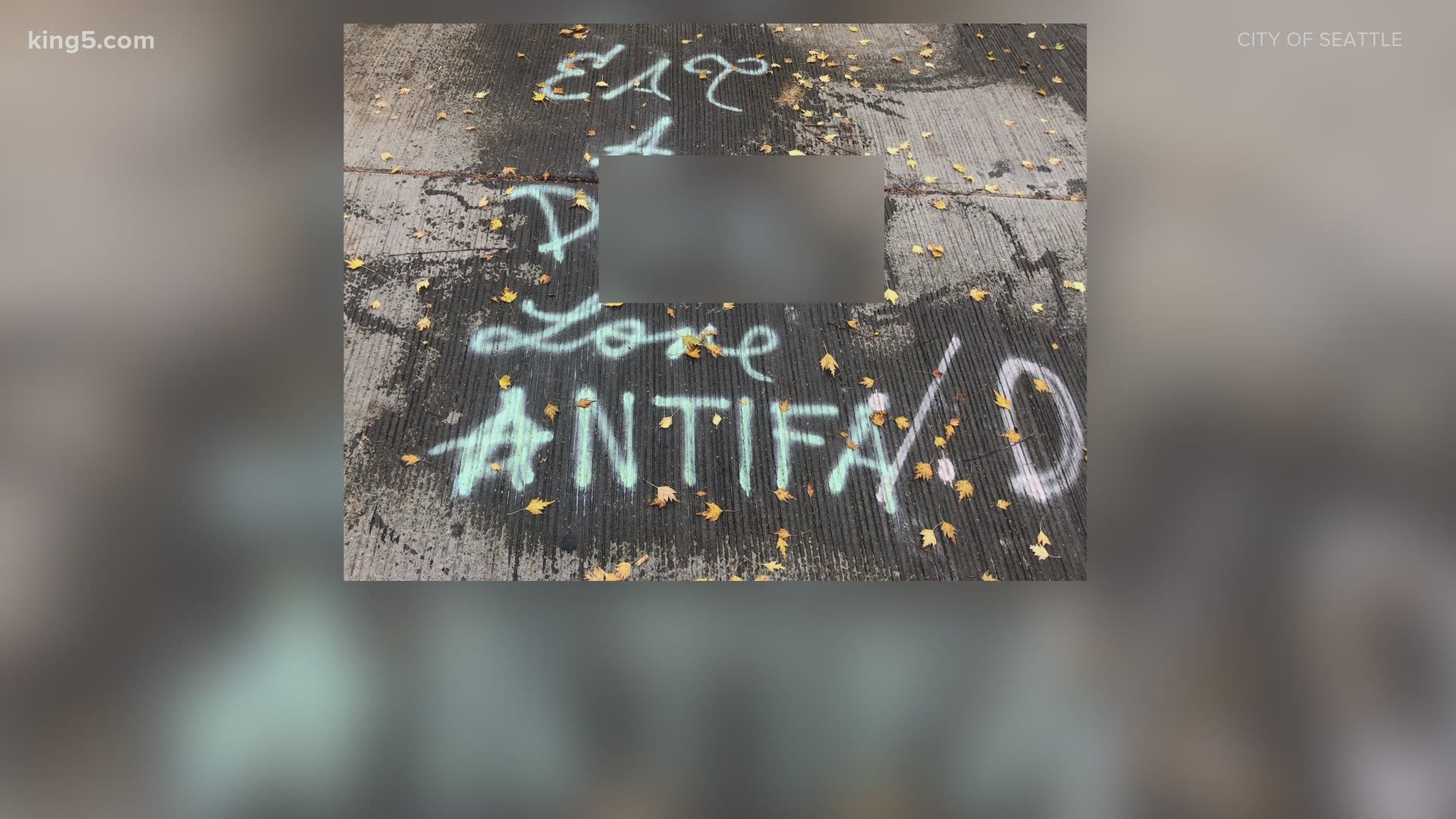 SEATTLE — Seattle Mayor Jenny Durkan was targeted with homophobic and threatening messages outside her home Thursday, which a city of Seattle spokesperson said were just the latest in an uptick in threats and hateful messages this summer.

The latest round of messages that were left on the ground by protesters outside Durkan’s home includes ones that read, “will avenge you Durkan,” “Jenny is a Nazi,” and pictures of male genitalia and profanity.

“Many of the threats the Mayor receives align with surges in anti-government sentiment and right-wing extremism,” city spokesperson Kamaria Hightower wrote in an email. “While the phrase ‘rising levels of national toxicity’ has been used by one-too-many pundits at this point, it’s still true, and it has real impacts on people’s lives.”

Hightower said after the increase in hateful messages this summer, the mayor’s office and the Seattle Police Department implemented a threat reporting system to allow staff to easily send the messages to Seattle police.

Durkan has received several credible threats that Seattle police is investigating, according to Hightower.

Protesters began marching to Durkan’s house in June after her address was publicly released. The mayor has opposed demonstrations outside her home because she and her family are in a state program to keep their address confidential due to death threats related to her work as a U.S. attorney. 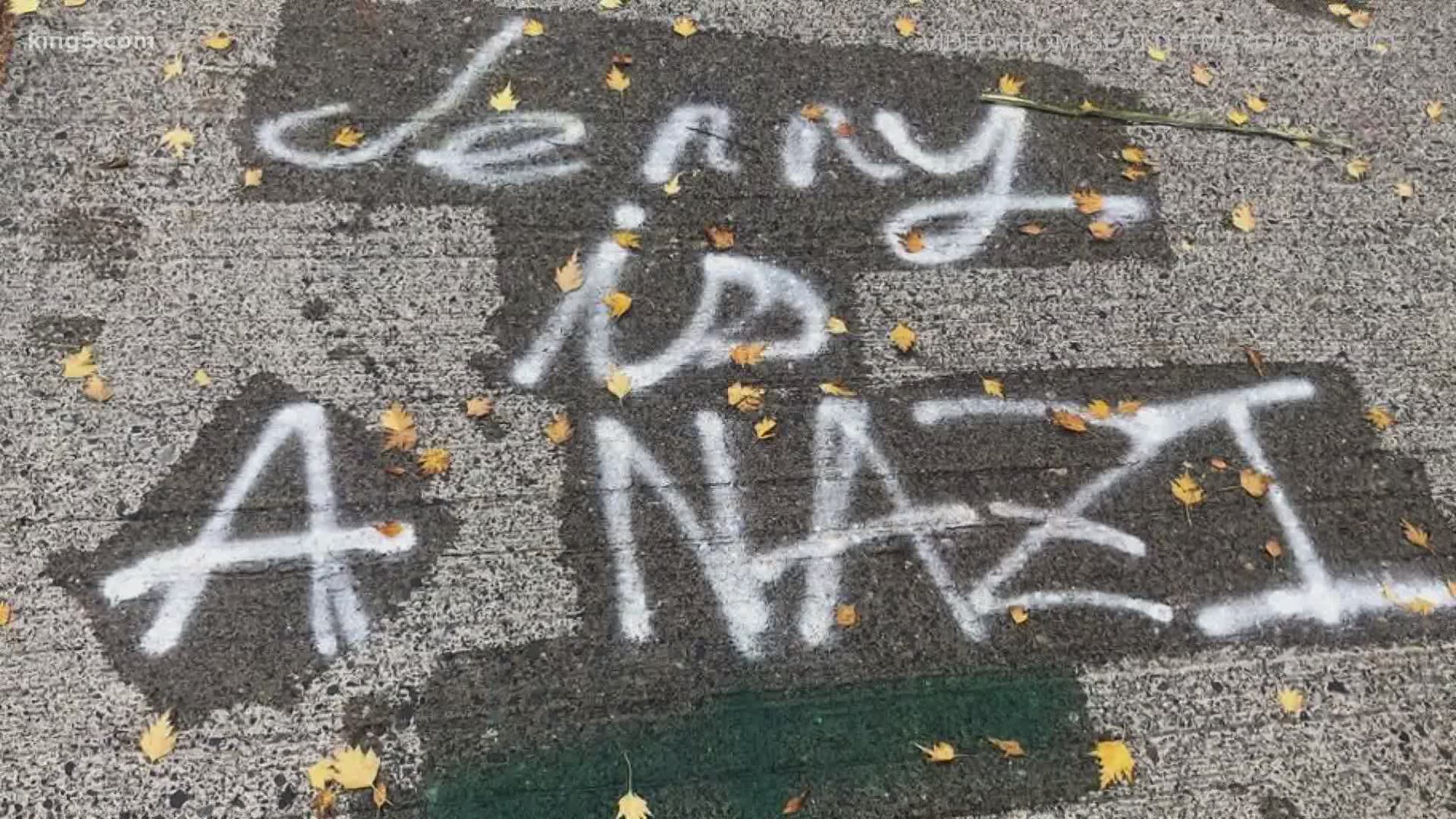