It comes after a man purporting to be Murray's cousin stepped forward claiming Murray sexually abused him in the mid-1970s when he was a boy. It's the latest sex abuse allegation against Murray in the past several months. 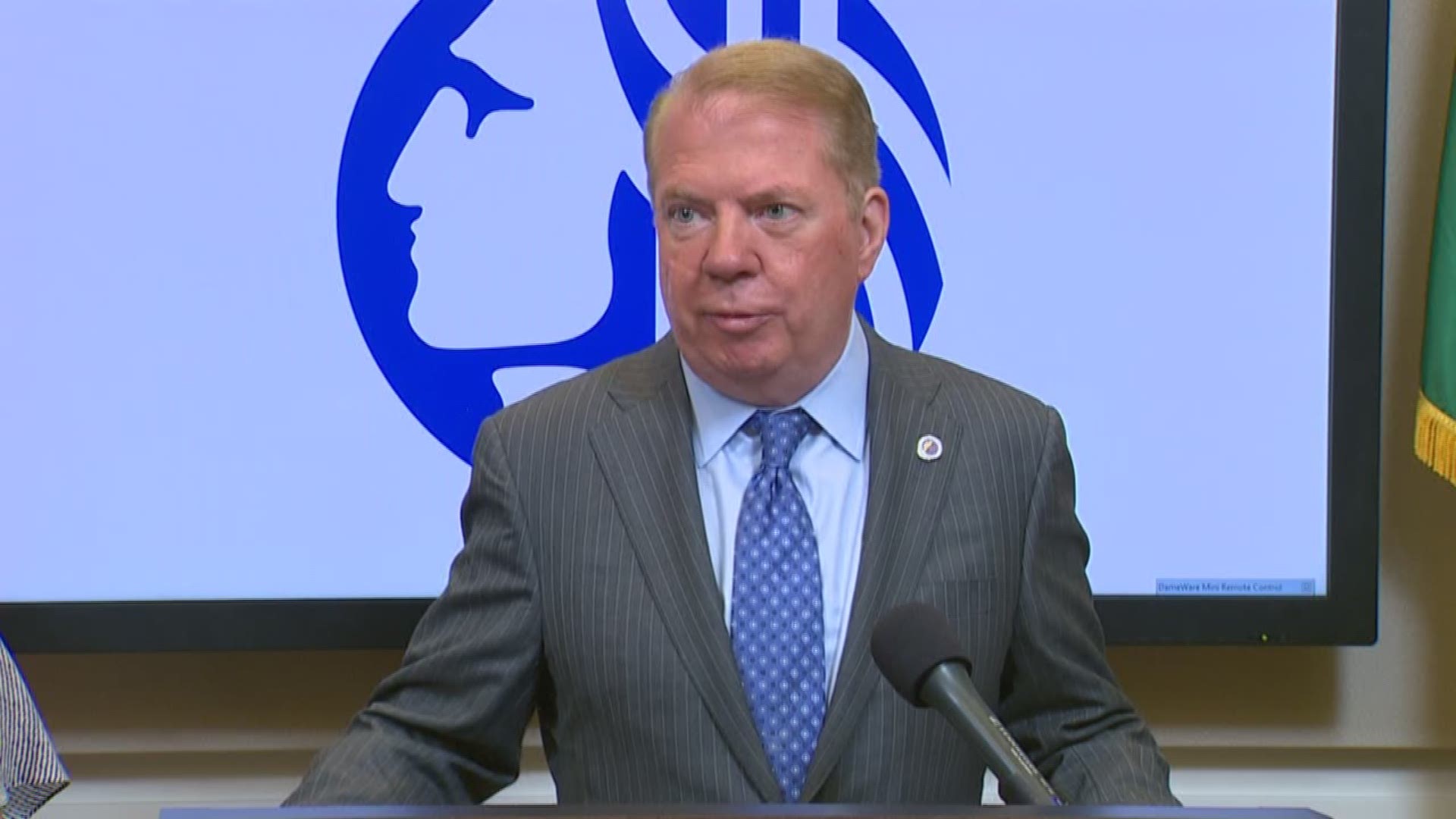 It comes after a man purporting to be Murray's cousin stepped forward claiming Murray sexually abused him in the mid-1970s when he was a boy.

“I am announcing my resignation as mayor, effective at 5 p.m. tomorrow," Murray said in a statement.

Five different men have now come forward claiming they were sexually abused by Murray in the 1970s and 1980s. Murray says the accusations are false.

“While the allegations against me are not true, it is important that my personal issues do not affect the ability of our City government to conduct the public’s business," Murray's statement continued.

“I’m proud of all that I have accomplished over my 19 years in the Legislature, where I was able to pass what were at the time the largest transportation packages in state history, a landmark gay civil rights bill and a historic marriage equality bill.

“And I am proud of what we have accomplished together at the City during my time as mayor, passing a nation-leading $15 minimum wage, and major progressive housing affordability and police accountability legislation, as well as negotiating an agreement to build a world-class arena that I believe in time will bring the NHL and NBA to Seattle.

“But it has also become clear to me that in light of the latest news reports it is best for the city if I step aside.

“To the people of this special city and to my dedicated staff, I am sorry for this painful situation.

“In the interest of an orderly transition of power, Council President Bruce Harrell will become Mayor upon my resignation, and will decide within the following five days whether he will fill out the remainder of my term. During this time Director of Operations Fred Podesta has been tasked with leading the transition.”

Per city charter, the Council President, Bruce Harrell, will take over as acting mayor for at least five days. He can decide within that period whether he wants to serve the remainder of the mayor's term. If he declines, council would select another member to be Mayor.

Harrell declined interviews on Tuesday but said he will announce within five days whether he plans to carry out the term.

“I intend to make an announcement within the five days on my intentions and will talk to my family, my colleagues on the Seattle City Council, and trusted members of our city on this decision with the understanding that the City and continuity of governance comes before all other factors," Harrell said in a statement.

Councilmember Harrell would have to give up his seat, if he accepts the job, according to the City Clerk. If Harrell passes on the role, there's talk Councilmember Tim Burgess could be a likely candidate to serve as acting mayor since he's retiring at the end of his current term.

"I really want to honor Bruce's decision making process and let him come to that decision on his own," said Burgess on Tuesday, declining to say whether he's interested in the job.

Regardless of who fills the role, there will then be a vacancy on council to fill with a fair amount of city business to complete by the end of the year from Arena negotiations to Seattle's budget.

"I don't think the governing of the city has been adversely impacted up until this point," said Burgess. "Council President Harrell put out a statement today and talked about the transition and talked about the care that we will take governing the city and doing the city's business and making sure that we stay focused on what's important and the delivery of city services, and we will continue to do that."

Tuesday started when Joseph Dyer, the man claiming to be Murray's cousin, submitted a signed declaration about the alleged abuse to attorney Lincoln Beauregard. The news of the new allegation broke just after 11 a.m. Murray canceled a scheduled press conference about KeyArena that was set to begin moments later.

Then the calls for Murray's resignation started rolling in, most notably from the two mayoral candidates -- Jenny Durkan and Cary Moon. Murray was not running after announcing in May he would not seek a second term due to the accusations.

Just over two hours after the news about Dyer's allegations broke, Murray announced his resignation.

Related: Details on the new accusation by Murray's cousin

Councilmember Kshama Sawant, who previously called on Murray to resign, said she was relieved about the news.

"... while no one should be tried in the court of public opinion, Murray had failed as an elected leader by repeatedly attacking the character of his accusers, and shifting the focus to their troubled backgrounds to suggest they cannot be trusted," wrote Sawant.

Harrell's statement did not address Murray by name, but did reach out to the alleged victims.

“First and foremost, my heart goes out to survivors and their families who have been affected by sexual abuse and the re-traumatization these allegations have caused. These accusations are unspeakable and require the utmost attention from our legal and social service system no matter how long ago they might have occurred," wrote Harrell.

Councilwoman Sally Bagshaw said in a statement: “This has been a tragic five months for many of us in our city. I want to acknowledge the survivors who have endured sexual abuse and are bravely coming forward to talk about it. Many have reported how difficult these past five months have been as allegations against our mayor have been publicly made. I am deeply sorry for their suffering. In light of the many charges made, including the recent one involving a family relation, the Mayor’s decision to resign today was the right action to take.”

"It’s very sad, tragic, but I think the mayor made the right decision. The accumulation of these accusations just has, I think, become unbearable. I think he made a good decision, a good decision for the people of Seattle and what’s next. " said Councilman Tim Burgass in an interview.

Councilmember Lorena Gonzalez called for Murray to resign in July. 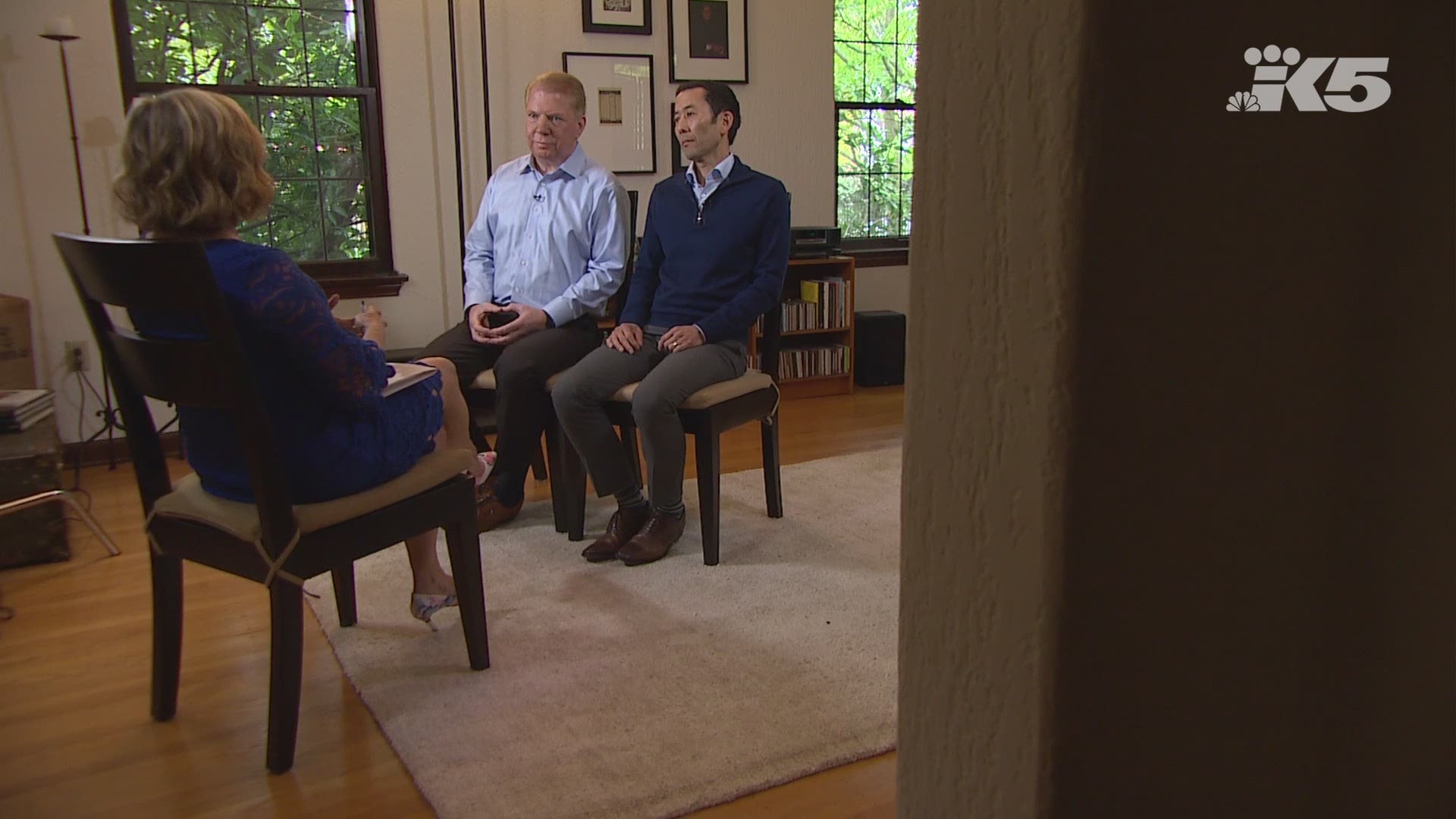 Five different men have come forward since April claiming Murray has abused them.

Lloyd Anderson, who now lives in Florida, also claims he had been paid by Murray for sex in his mid-to-late teens in the 1970s.

Joseph Dyer, the new accuser, claims his grandmother is the sister of Murray’s mother. He said in an official declaration that Murray lived with them in New York in the mid-1970s and that he was the subject of "repeated and prolonged" molestation by Murray.

Delvonn Heckard of Kent claims he was a drug addict living in Seattle when Murray allegedly paid him multiple times for sex when he was a teen in the 1980s. He filed a civil lawsuit by later withdrew it. His attorney said he plans to re-file later. The lawsuit by Heckard included a description of Murray's genital area, including a "unique mole." Murray's own doctor examined Murray and found no such mole, Murray's attorney would later announce.

Maurice Lavon Jones claims Murray paid him for sex when he was a teen in the 1980s. He says Heckard introduced him to Murray. Jones is currently in jail on drug charges.

Jeff Simpson was Murray's foster son in Oregon. He alleges Murray sexually abused him when he was 13 and even paid him for sex.

After Murray announced his resignation, Simpson said his prayers were answered, but he still wants Murray to take responsibility.