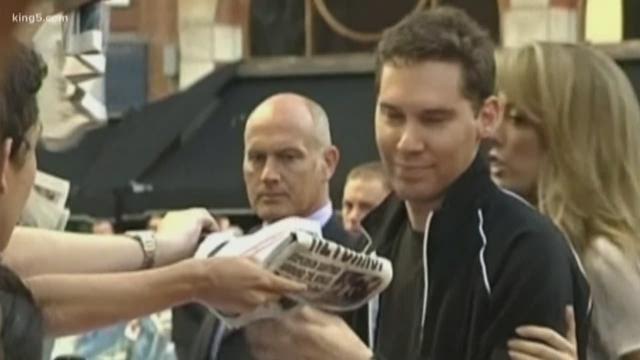 A Seattle man has filed a lawsuit against "X-Men" movie director Bryan Singer, accusing him of rape. Singer "categorically denies" the accusation.

Cesar Sanchez-Guzman, 31, said the attack happened in 2003 on a yacht on Lake Washington.

"I don't exactly remember the exact date, but I have a rough idea when it happened," Sanchez-Guzman said in a Skype interview from his attorney's office in Florida.

He remembers being a 17-year-old at Burien's Evergreen High School in 2003. He had just come out as being gay to his circle of friends.

"A few of us attended a previous party the night before at a house. The same host that hosted the house party hosted a yacht party," Sanchez-Guzman said.

The host was Lester Waters, "a wealthy tech investor who frequently hosted parties for young gay males in the Seattle area," according to the lawsuit.

"We met at the marina and then we went on to the yacht, then we started sailing," Sanchez-Guzman said. "There was a decent crowd. There was alcohol being served. I was really excited to be going on a cruise."

That's where Sanchez-Guzman says he met famed movie director Bryan Singer, of "The Usual Suspects" and the "X-Men" series.

"He introduced himself, flirtingly," said Sanchez-Guzman. "He asked if I had been on a yacht before. And then he offered to give me a tour. We're touring the yacht and the next thing I know I'm in the cabin and he closed the door behind. It was a terrifying experience."

Thursday, Sanchez-Guzman filed a lawsuit in King County, accusing Singer of forcing him to perform oral sex and of raping him.

Singer "told Cesar that no one would believe him if he ever reported the incident and that he could hire people who are capable of ruining someone's reputation," according to the lawsuit.

The Seattle man didn't feel he could go to the police.

When asked, Sanchez-Guzman declined to explain to say why he was coming forward now. But his attorney, Dan Ellis, talked about a sense of collective empowerment.

"These victims who have been suffering in silence over the years have finally felt like a strength in numbers. Where one person comes forward then another comes forward, and they feel safe filing, sharing their stories and facing their demons," said Ellis.

In a statement released to NBC, Singer "categorically denies the allegations" and questioned why Sanchez-Guzman waited until now to file the suit.

Sanchez-Guzman said his family learned of the attack along with everyone else, just Thursday when he filed his lawsuit. However, he did confide in one of his best friends in high school.