Since December 2019, SDOT has been lowering speed limits to 25 mph on hundreds of miles of city streets. 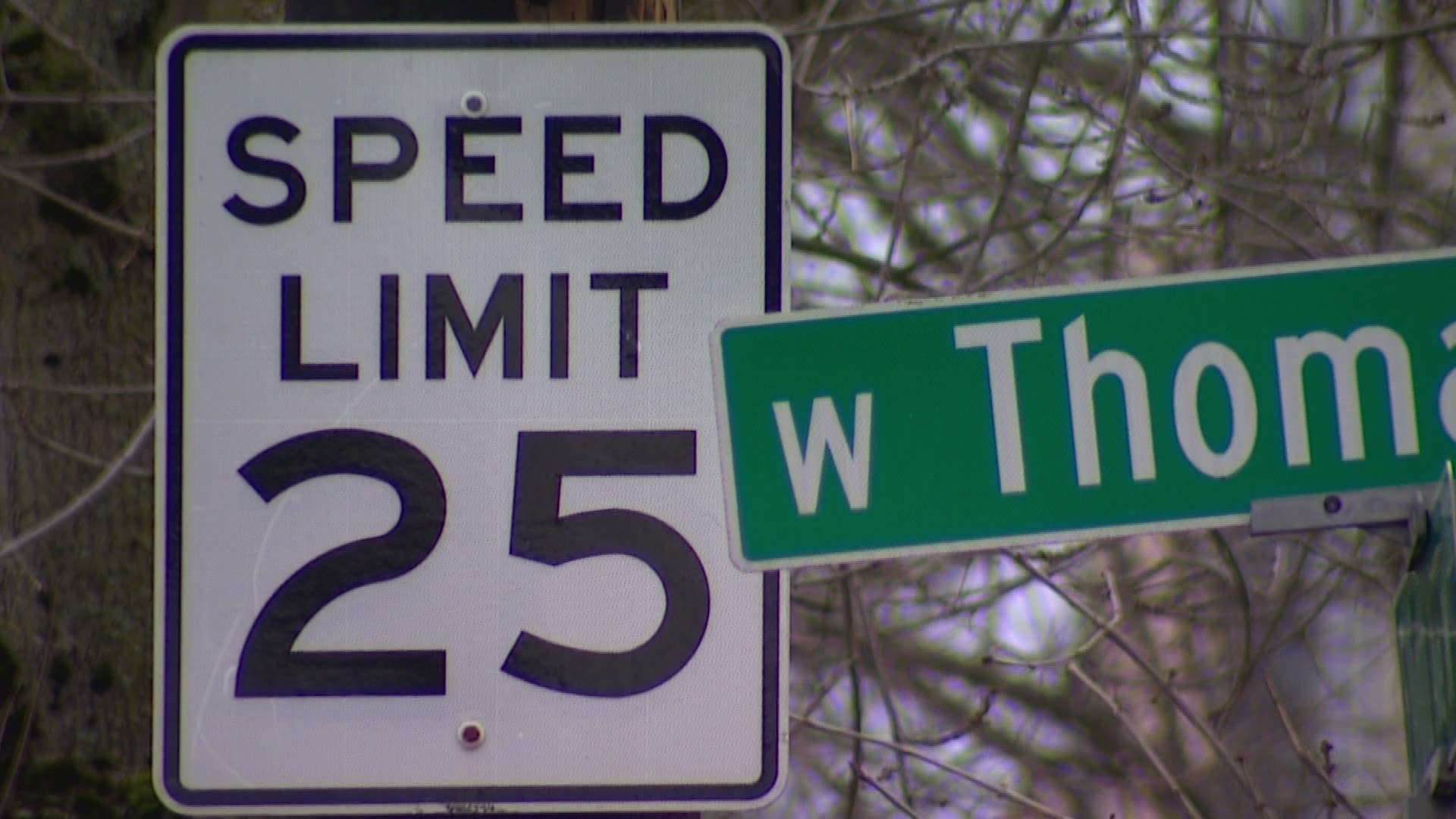 SEATTLE — The Seattle Department of Transportation (SDOT) said it reached a major milestone in the effort to reduce traffic deaths on city streets. Hundreds of speed limit signs have been added to encourage drivers to take it slow.

The National Safety Council (NSC) said traffic deaths in 2020 were the highest in 13 years, despite the coronavirus pandemic impacting driving patterns.

One of the ways to change that, the NSC said, is by doing something Seattle just completed.

"Speed is one of the critical factors that determines both how many crashes there are, and the likelihood that someone survived, if they are hit by a car,” said Ethan Bergerson, SDOT spokesperson.

Since December 2019, SDOT has been lowering speed limits to 25 mph on about 415 miles of city streets.

The speed limit on smaller streets without a dividing center line, and near schools when children are present, is always 20 mph.

"We found that when you've got a more consistent speed limit across the city, people know that default speed limit is 25 miles per hour, people are more likely to follow it.”

Bergerson said case studies conducted in five neighborhoods show a 20% to 40% drop in the number of crashes in locations with new 25 mph speed limit signs. It’s something that could help with the city’s Vision Zero initiative to end traffic injuries and deaths by 2030.

He said adding 2,500 speed limit signs across the city is especially helpful in high-crash areas like Rainier Avenue South.

So how much did this cost?

You can check to see which streets have 25 mph speed limits on this Seattle Speed Limit Map.

"Speed limits are one part of a much bigger picture,” said Bergerson.

SDOT is also working on adjusting traffic signal timing to match the lower speed limit – and give people a few second head start to begin walking across the street before cars get the green light.