A day after the Seattle City Council voted to repeal the much-discussed head tax on big business, a council committee heard a new proposal on how to reduce homelessness. 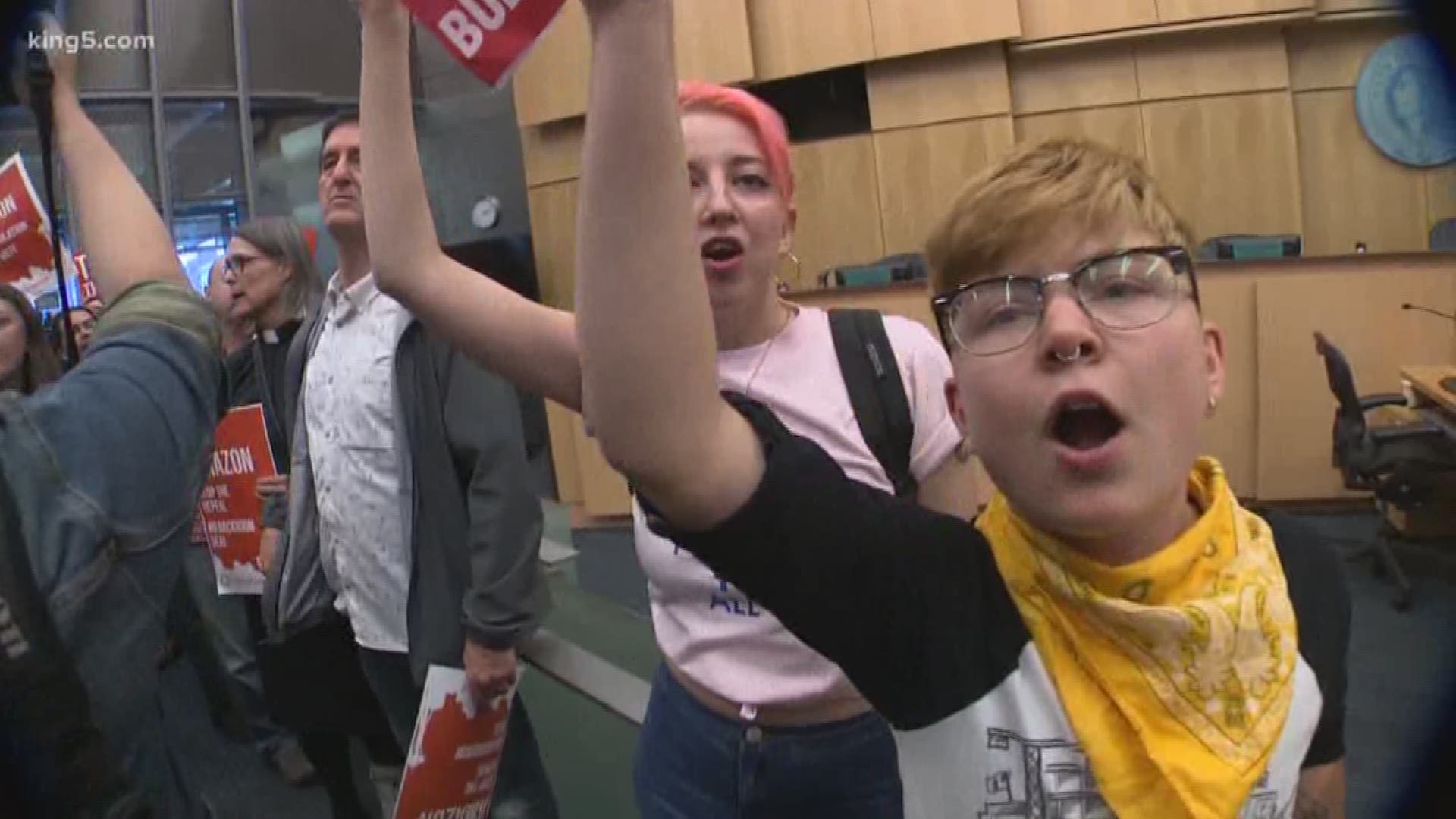 After protestors filled the Seattle City Council chambers Tuesday for the repeal of the controversial head tax, Wednesday's meeting of the Finance and Neighborhoods committee was significantly quieter.

The committee, chaired by Councilmember Sally Bagshaw, heard a proposal to increase the number of beds for people experiencing homelessness, known as the Bridge Housing Investment Strategy. The plan was in the works prior to the head tax repeal, Bagshaw said.

Staff said the plan would add 500 shelter beds and serve 522 additional people at once. The $6.3 million proposal would be covered by money from the sale of a publicly owned building.

The plan also maintains 163 beds previously scheduled to go offline in May.

“…there are 4,488 people living unsheltered in the City of Seattle, an increase of almost 650 people over last year,” Mayor Jenny Durkan wrote in a letter. “We are working to tackle this crisis from every angle.”

WATCH: Durkan focusing on 'how to move forward' after head tax repeal 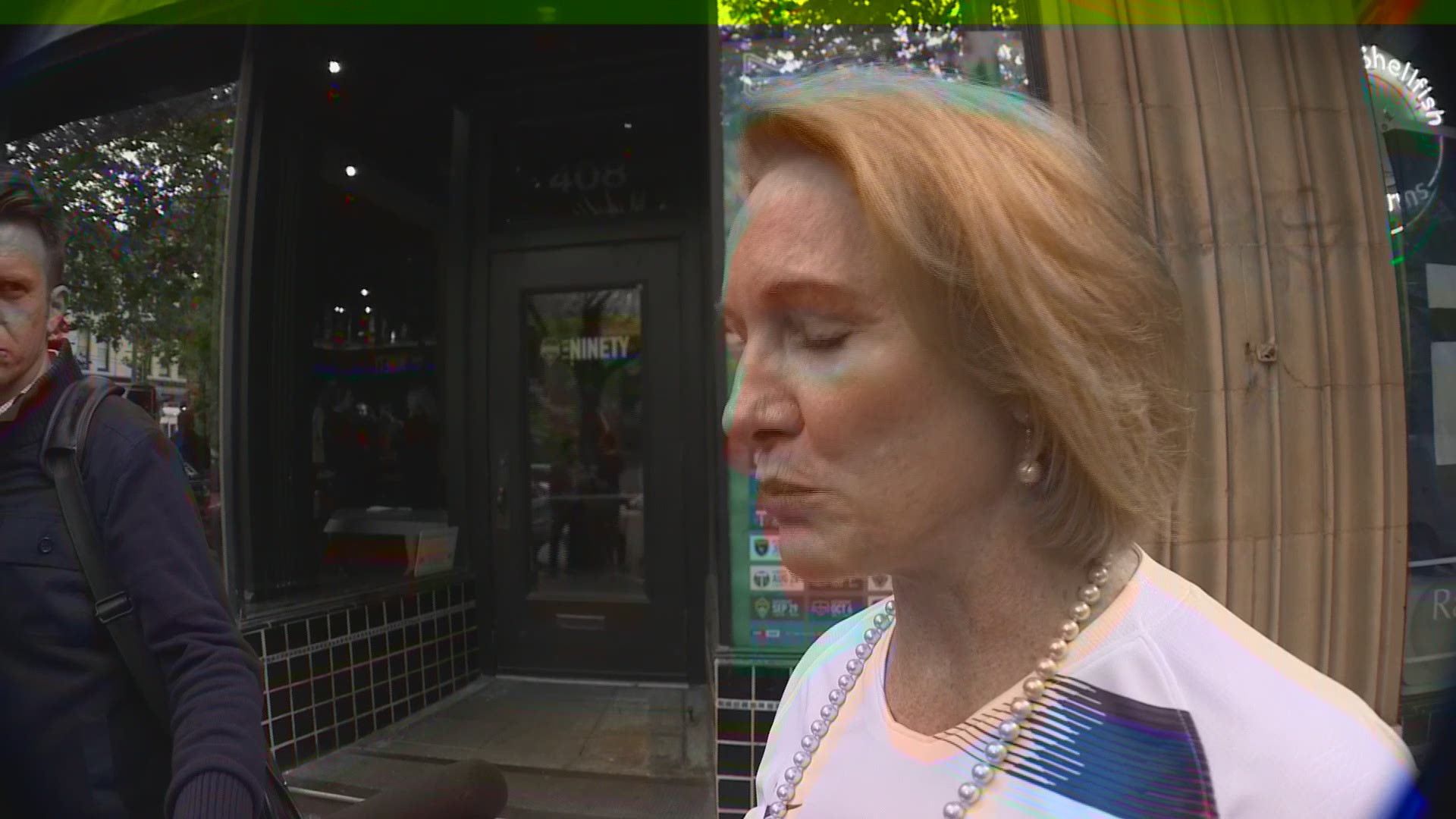 "This plan will deliver an historic expansion of bridge housing and shelter in the City of Seattle that will ensure more people are able to come inside to access city services, get the support they need, and help transition people to more permanent housing," Durkan continued.

Mayor Durkan added the 500-bed increase will bring the total to 2,532 shelter beds. Dozens would be tiny homes at city-sanctioned encampments like those at 18th and Yesler & 8th and Roy. A 120-bed expansion is also planned for the shelter in City Hall.

The proposal included a statistic that 93 percent of available shelter space is used every night.

It was a number not lost on the city council members present at Wednesday's meeting. Through the head tax debate, critics accused the city of wasting its current homelessness spending.

“This is the exact type of information people need to have in hand and available so they can understand why people continue to stay on the street,” said Councilmember Teresa Mosqueda.

“I think it's real important that we're very, very clear on much money we're spending and what the outcomes are,” said Bagshaw.

This comes just a day after the council voted to repeal the much discussed "head tax" on big businesses. The $275-per-employee tax for companies with more than $20 million in annual gross revenue would have raised $47 million a year for housing and homeless services.

“Right, it is a big difference, but even that $40 million alone wasn’t going to solve the problem,” said Bagshaw. “It was going to help. What we know is we need to build a lot more housing and places for people to go.”

She also reiterated an increasingly common call for a regional approach to tackle homelessness, one that includes King County and nearby towns.

“We know and I’ve seen with my own eyes, the city of Tukwila and SeaTac drive up and drop people at the [Downtown Emergency Services Center] as an example,” said Bagshaw. “I appreciate the fact that they probably have their social services shoes on when they do that, but nonetheless, it’s putting a burden on us, the City of Seattle and taxpayers, that really is not fairly shared.”

Council members also expressed concern with continuing these expanded services beyond this year. Since the proposal is funded by a real estate sale, the money would run out. It could cost upwards of $9 million to continue these services, staff estimated.

They acknowledged that could require difficult decisions come budget time.

“That means there will likely be a fundamental shift in how I think the city council is going to receive any budget we receive from the mayor’s office, in terms of putting potential projects on hold to really meet the call that we have heard from the public about re-prioritizing funds,” said councilor Lorena González. “And that inherently means that there will be members of the public who will have to give up things as well.”

That could include a reduction to some city services or planned projects, another city staffer noted.

As for the head tax, Mayor Durkan was asked Wednesday if she would suggest a new version any time soon.

"The only thing we're focused on right now is how to move forward," she said. "No one is talking about a head tax right now."