Seattle Public Schools seniors aren't worried about their job prospects after graduating, according to career and college readiness leaders with the district. 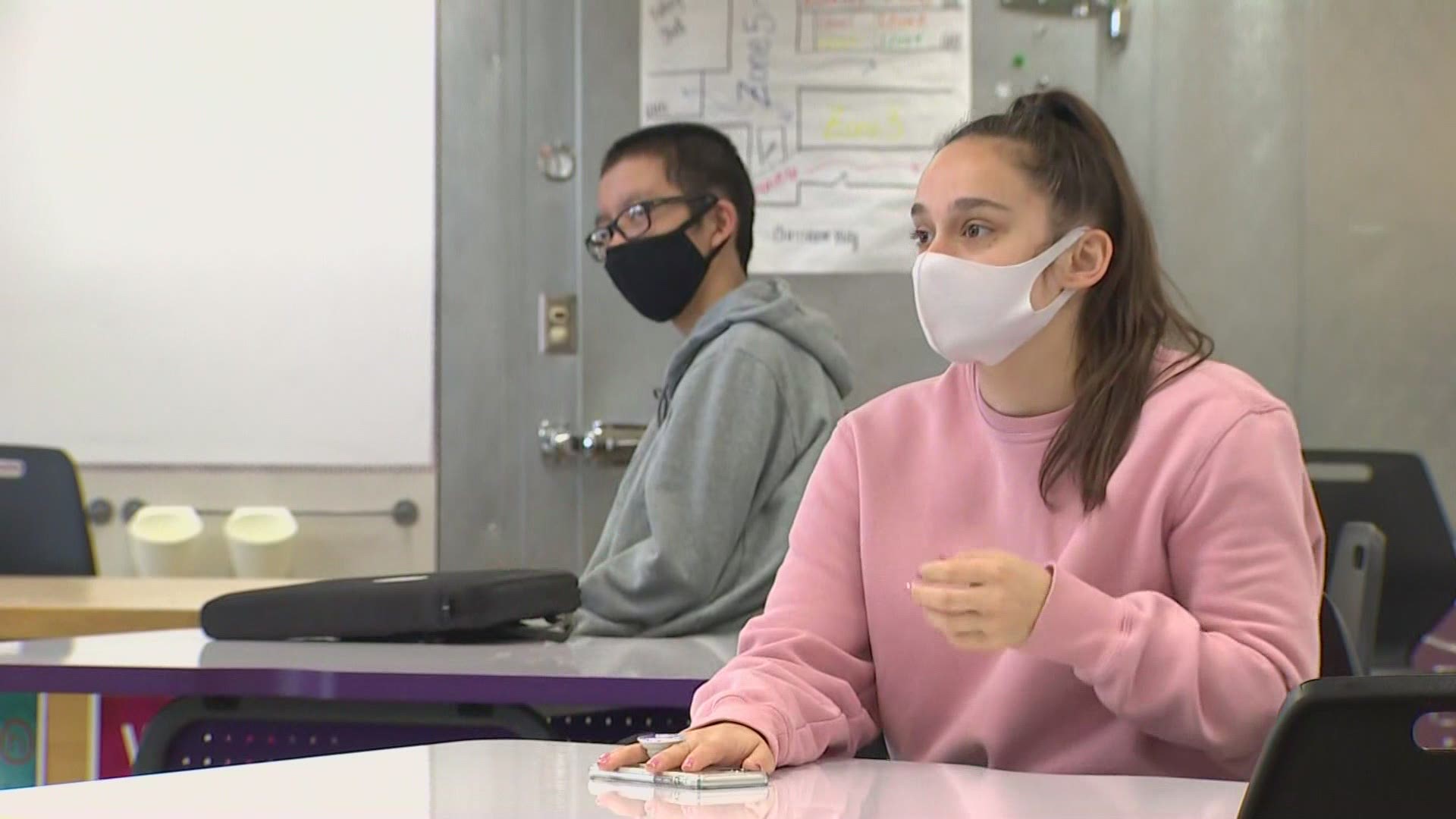 SEATTLE — Graduation season is right around the corner, and that means thousands of seniors are planning for life outside of high school. For some, that involves entering the workforce.

According to the Bureau of Labor Statistics, the unemployment rate for younger people ages 18-19 was 13% as of April.

"I have not heard on the ground that students are worried about employment. You know, because they have those supports with Seattle Colleges and extra skills from internships or apprenticeships," said Jane Hendrickson, program manager for career and technical education (CTE) at Seattle Public Schools.

Seattle Public Schools also says they have been preparing students for jobs in high-demand industries since before the COVID-19 pandemic and then even more so in the last year. That includes industries like computers and math, construction, business, health care and education.

"So we've been looking at the health and medical pathway and building out those options at high schools," said Caleb Perkins, executive director of college and career readiness at Seattle Public Schools. "We've been looking at it and STEM, which you know perennially will obviously be an enormous draw. And we've been looking at skilled trades, which sometimes gets less attention in Seattle, but is also booming."

The district also says they have seen a slight increase in students enrolled in CTE, especially in health care, construction and other essential worker jobs.

While Perkins says they don't have hard data yet on how the pandemic shaped seniors looking for work after graduating in 2021, he has seen effort from students to be prepared for graduation whether that's getting a job or heading to college.

"We had a very high number of students who completed FAFSA, the financial aid, which, you know, is typically a big slog, because there's just a lot of paperwork involved. And, you know, busy seniors can get distracted, but we had pretty high rate," said Perkins.

For seniors who are working, Perkins also said the district is offering special waivers to students who couldn't complete certain requirements because of the pandemic, allowing those students more time. Perkins says they've seen a request for those waivers up by a couple hundred compared to last year.

Whether seniors are heading into the workforce after graduation or moving on to post-secondary education, Perkins and Hendrickson made one thing clear and that is internships, certifications and added skills are now helpful even at the high school level for students to be competitive post-pandemic.