Data from the City of Seattle shows the city is seeing larger film productions that are hiring more people. 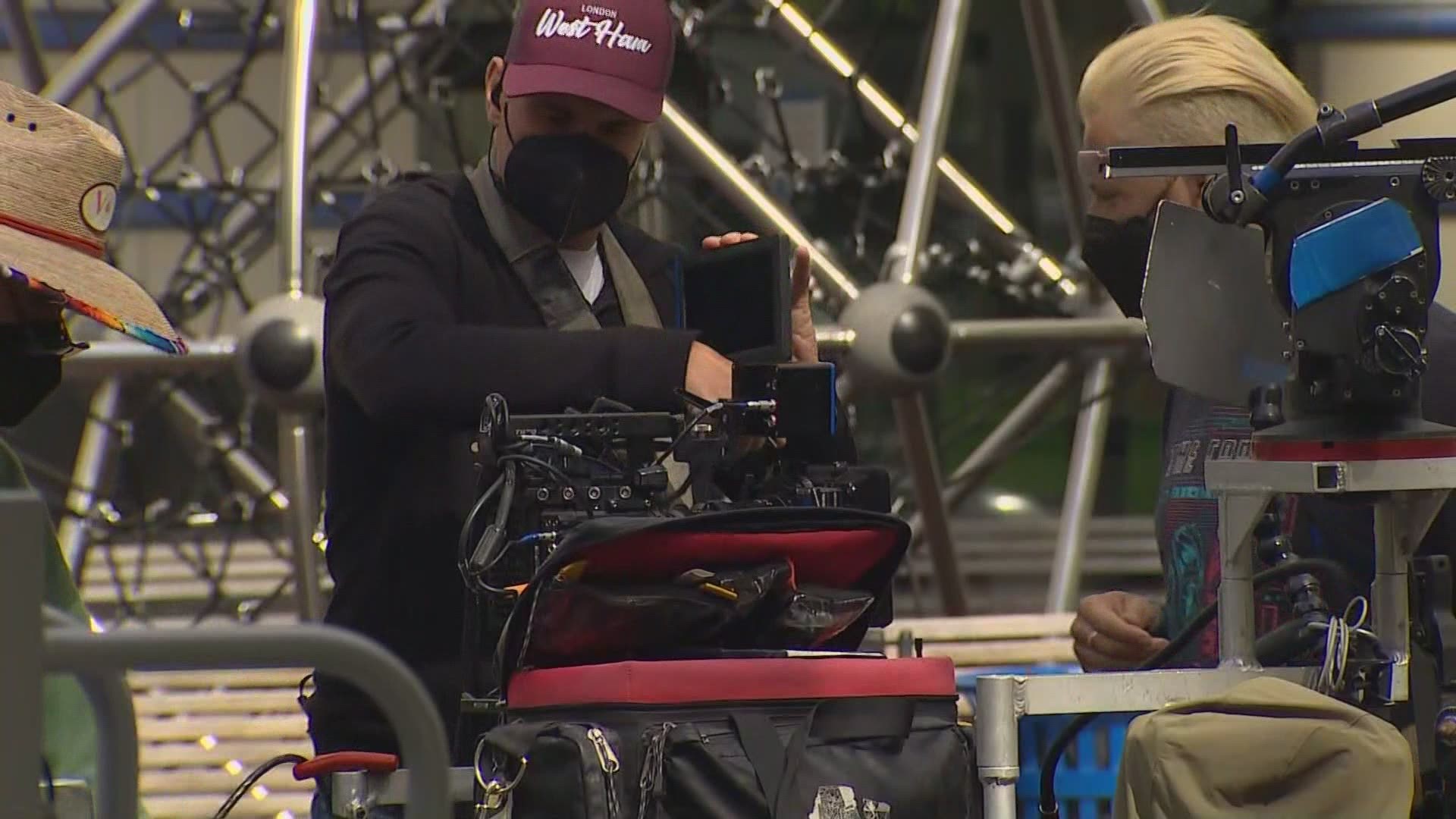 King County is working to become a competitive region for filmmaking once again. In the 1990s, Seattle was a popular spot, featuring films like Sleepless in Seattle, and iconic locations like Gas Works Park were featured in the hit movie 10 Things I Hate About you.

A flyer posted on the City of Seattle’s Film and Music website from 2003 is bordered with pictures of Seattle’s 1980s and 1990s productions.

The flyer advertises the city’s diverse scenery and skilled workforce. But in recent years, crews have left the city and have chosen to shoot movies in nearby Vancouver or even Atlanta, Georgia.

"We don’t want to watch anymore films about Seattle when we recognize the streets on screen being Vancouver or Portland, or heaven forbid, Atlanta," said King County Executive Dow Constantine during a tour of the county's new Harbor Island Studios last month.

King County is investing $1.5 million to renovate the studio, which will be a 117,000 square foot soundstage. Constantine said the county is also working on economic incentives for filmmakers.

Data from the City of Seattle shows production permits have also almost returned to pre-pandemic levels. The city said there are 19 productions happening in the city right now.

Data also show productions are bigger, which means they are employing more people. In 2019, the city reported 139 permits between January and May totaling nearly 1,400 crew members. During the same time in 2021, there has been 111 permits filed and 3,400 people hired.

Still, movie experts said there's work to be done to bring Hollywood back.