Sixkiller has spent the past few years working with Mayor Jenny Durkan. Before that, Sixkiller worked for King County Executive Dow Constantine. 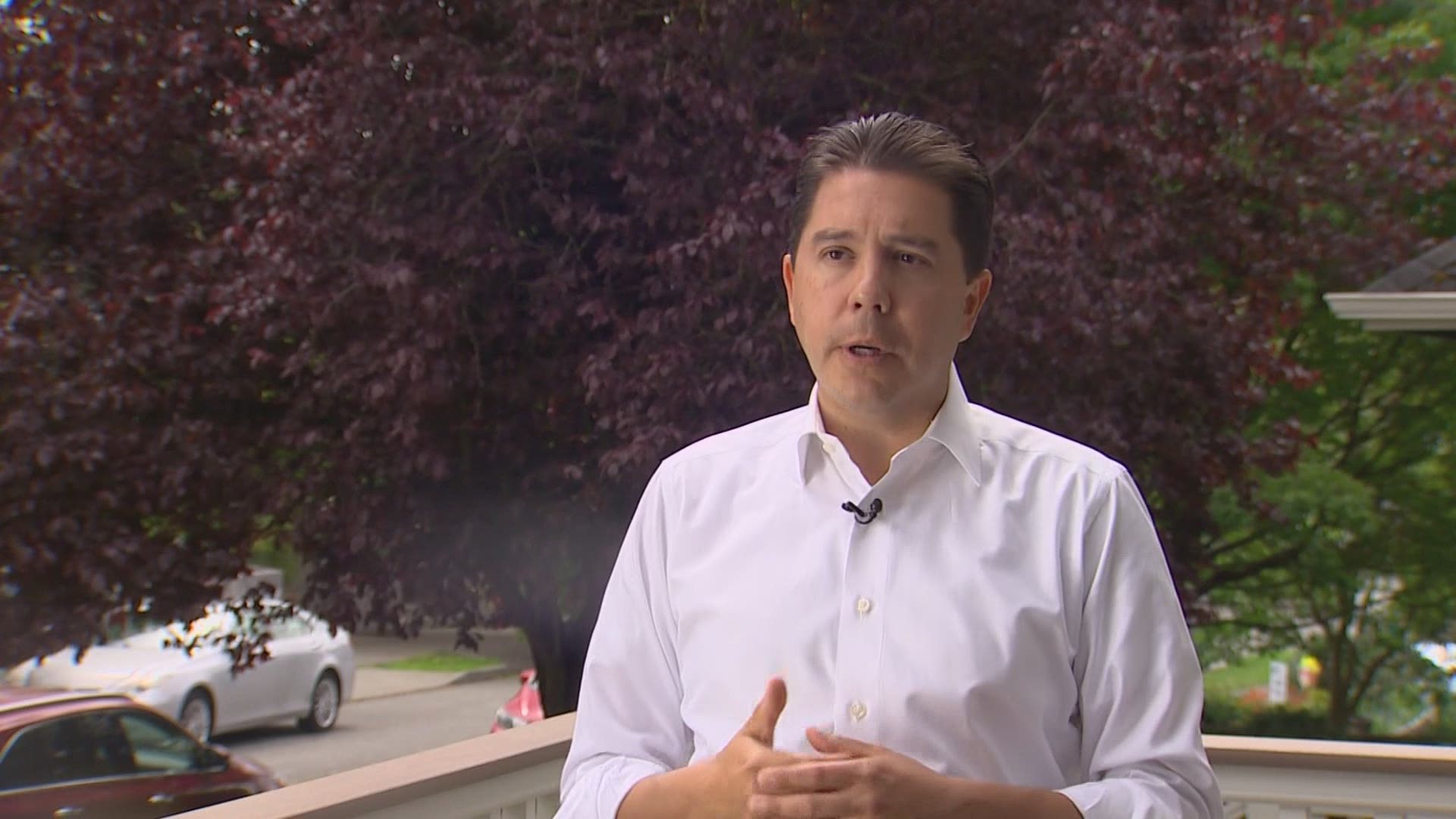 Seattle's current Deputy mayor officially announced his run for mayor on Tuesday, ending weeks of speculation that he would seek the top post.

"I'm running for mayor because this is a defining moment for our city. And it's one where we have got to find ways to come back together to build a future for Seattle. Every family sees the future as one that is more affordable," he said on the porch of his Seattle home during an interview with KING 5. "This is where I grew up, where I'm raising three young kids, and I want their future to have as many opportunities as mine did when I was growing up here. And as tough as things are right now and as hard as this past year has been, I believe in Seattle."

The 43-year-old enters a crowded race and the most diverse group of candidates in city history. Sixkiller is an enrolled citizen of the Cherokee Nation and son of famed University of Washington quarterback Sonny Sixkiller. But unlike his father, he traded sports for public and civic pursuits, which included starting his own Washington DC-based lobbying and consultancy firm before returning to western Washington where he worked for King County Executive Dow Constantine and current Seattle Mayor Jenny Durkan.

Sixkiller's campaign launch is big on aspirational tones, while also attempting to separate from other candidates with key policy pitches on homelessness. He has led the mayor's office outreach on the issue, which by all metrics, has been a problem amplified because of the pandemic.

"I can tell you I've worked on homelessness for the past year, that there's no quick fix," he says matter-of-factly, "But I'm going to be proposing that we work to build an additional 3,000 permanent homes for folks to move to start creating more of that capacity in our existing shelter system that we know can do more that can serve more people as long as we can move folks through it."

Sixkiller believes that can be done with "a bond measure that we send to the voters for an increase in property taxes to finance them."

Sixkiller also believes there can be a balance between housing and the need to maintain parks and public spaces, citing his work on finding a solution near the Miller Park playfield as an example.

"It's possible, but it requires discipline, a strategy, and places to offer folks to come inside. We can do all of those things, while we work as a region to solve the larger issue of homelessness. We can't make up for 20 years of broken systems and gaps in service, but we can do our part, right now to get clear and open parks, and businesses that can help to support and facilitate the reopening of our businesses across the city," he said.

Sixkiller also defended his time in DC. "I worked with tribes nonprofits and others to protect treaty rights, advanced tribal sovereignty, events, advanced environmental restoration, equal rights, Americans, things I'm very proud of. So it taught me though how to work with others."

Candidates can officially file later this month, and the top two finishers will advance out of an August Primary.