Denny Park has been plagued with crime recently. Now the city is doing a final sweep to clean it up. 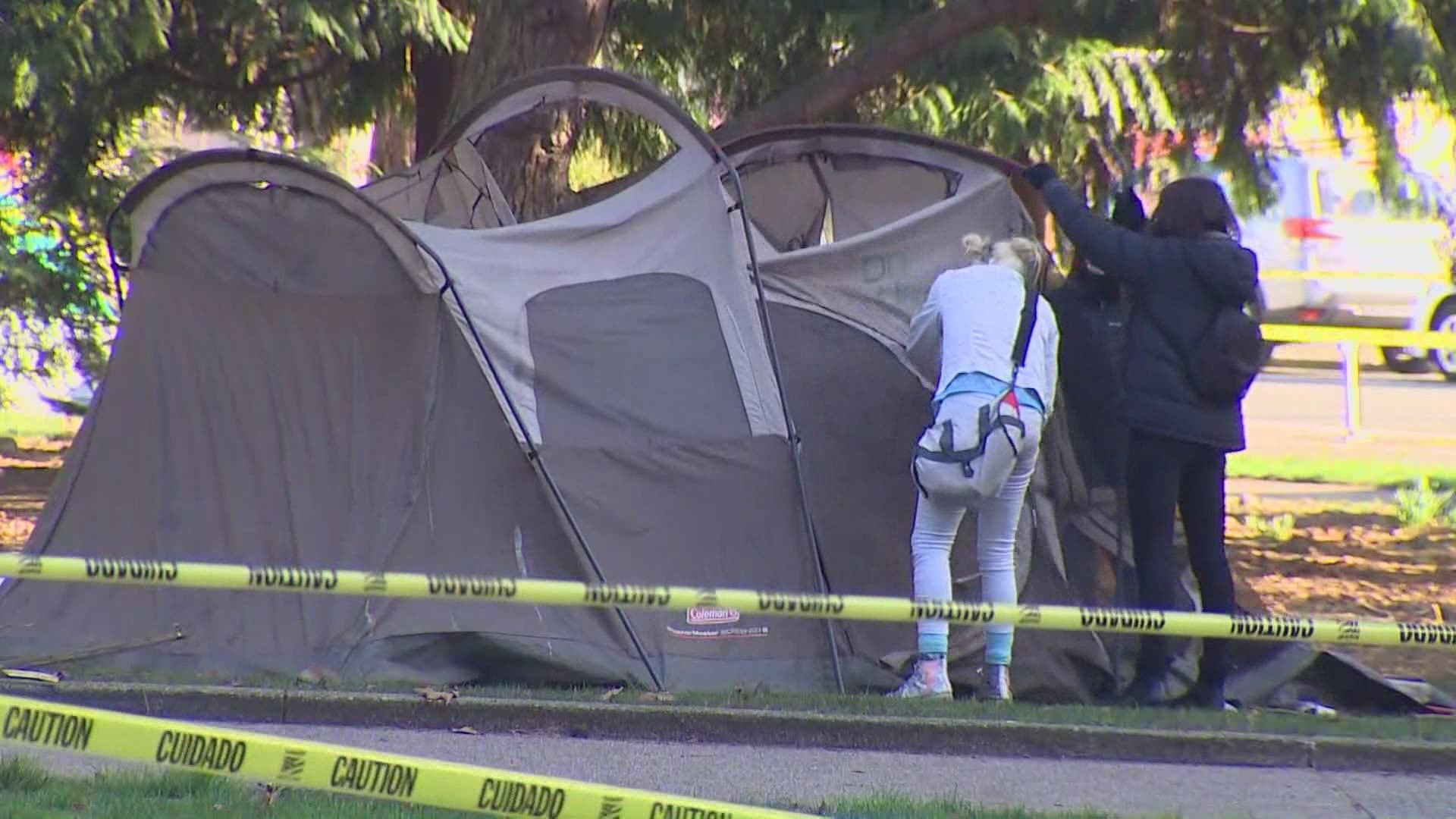 SEATTLE — The city of Seattle cleaned up and swept an illegal homeless camp at Denny Park on Wednesday.

Serious crimes have plagued the park, but over the past few months, park residents have been connected with services and resources.

Councilmember Andrew Lewis tweeted he has visited the park at least twice a month since August with REACH, Health One, and JustCare. He has witnessed "dozens of Denny campers" move out of the park and into shelter, he tweeted.

Before the sweep, there were just a few tents left over with people who have refused services.

“The unfortunate reality is not everybody who was in that park and who got relocated today was able to find a place to stay," Lewis said.

He pointed to his "It Takes a Village" initiative to get more of Seattle's unhoused population into tiny home villages.

Credit: KING
City of Seattle crews swept Denny Park of tents and cleaned up the area on March 3, 2021.

Advocates for the park hoped the cleanup would go smoothly.

"I am really hopeful that it's just not only a great solution for folks who are there, but also for the neighbors and citizens and residents that are able to use Denny Park once again," Tim Gaydos of Friends of Denny Park said. 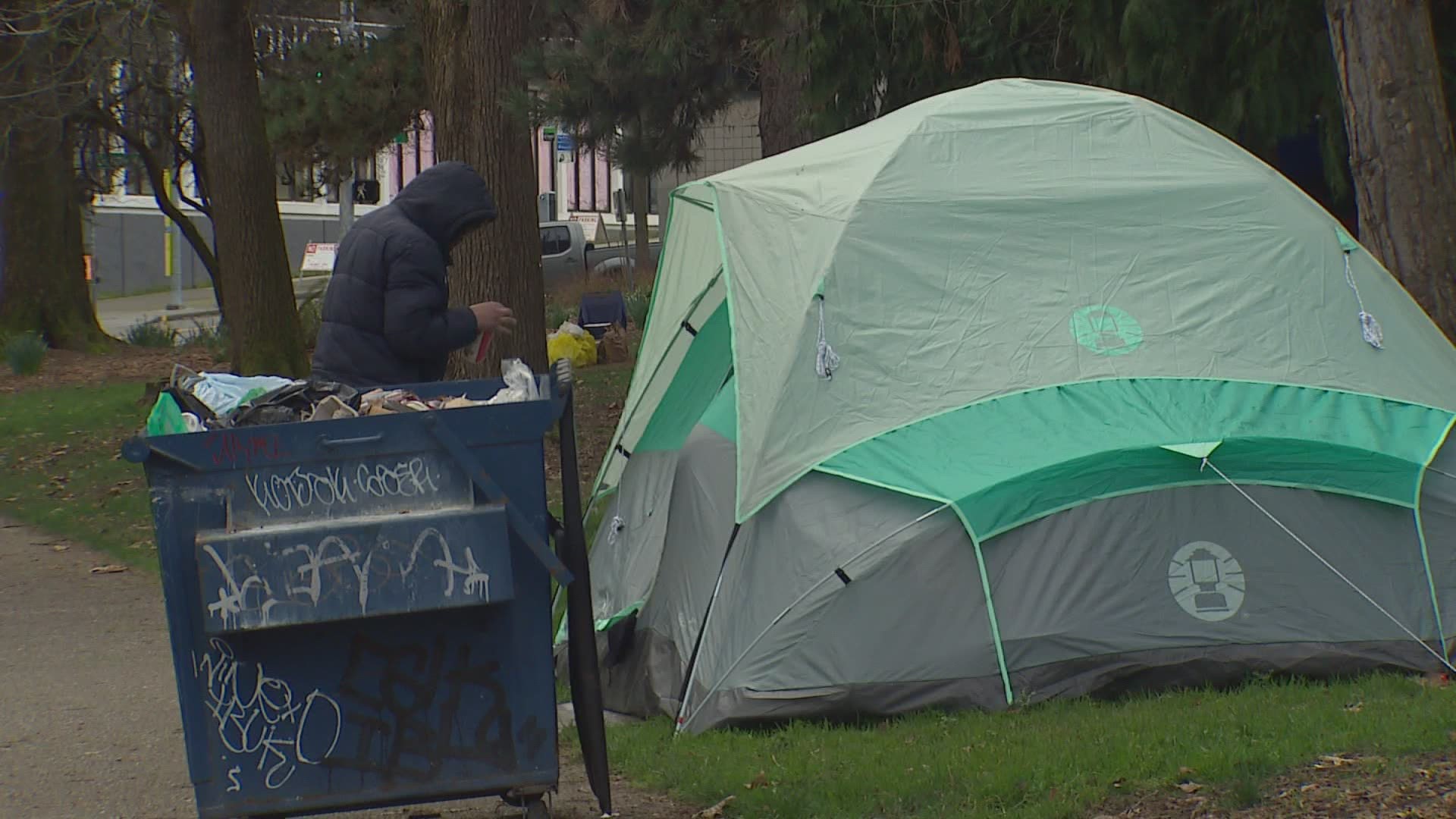 Some people argue those living in the park are only being given temporary housing options.

However, Gaydos said the hope is that the temporary solutions will lead to something more permanent.

Seattle police were on standby to support city departments and service providers as they conducted outreach. 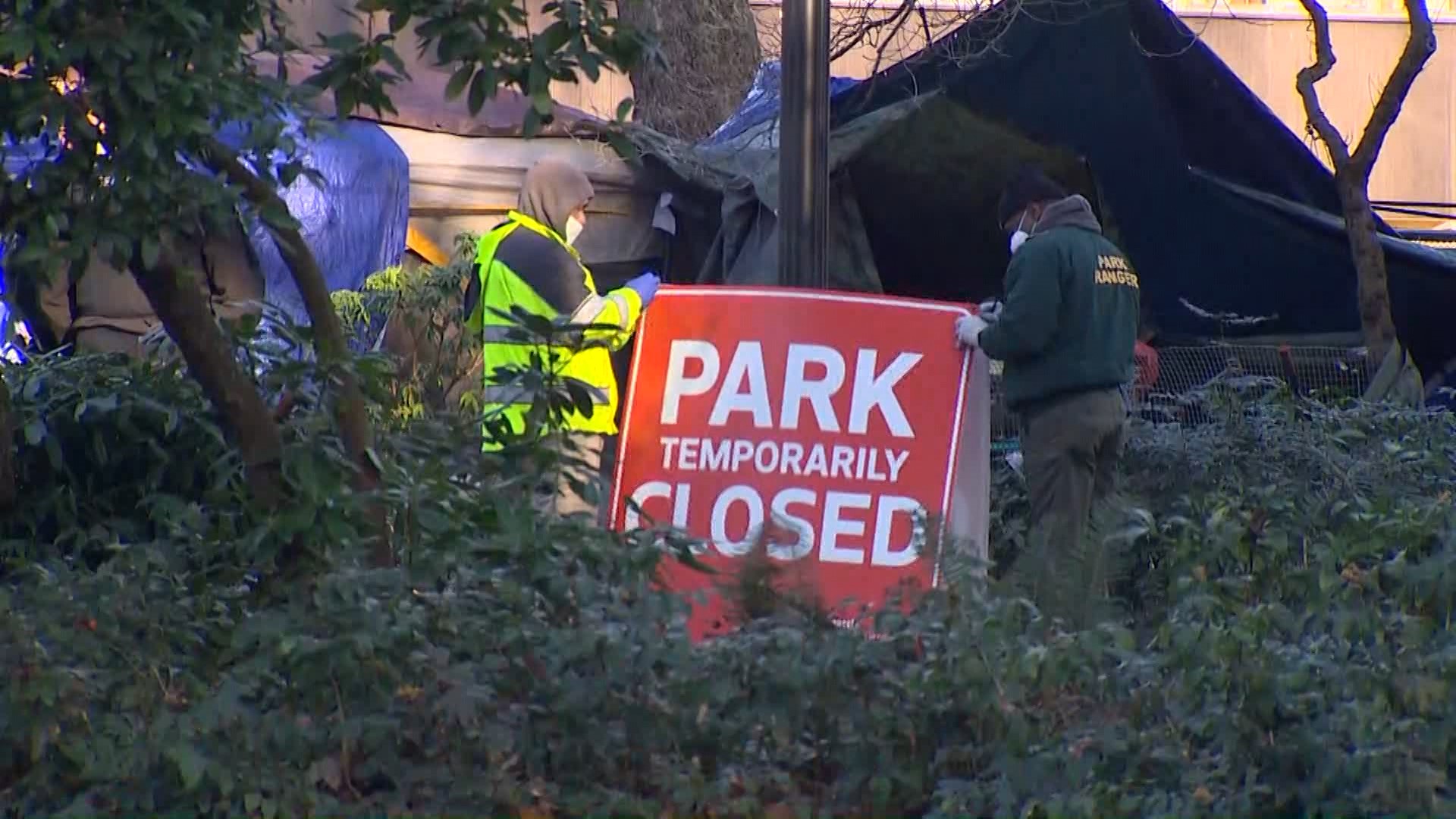