Seattle Councilmember Rob Johnson will not run for a second term in 2019. Johnson's is one of seven Seattle City Council seats that are up for election next year. 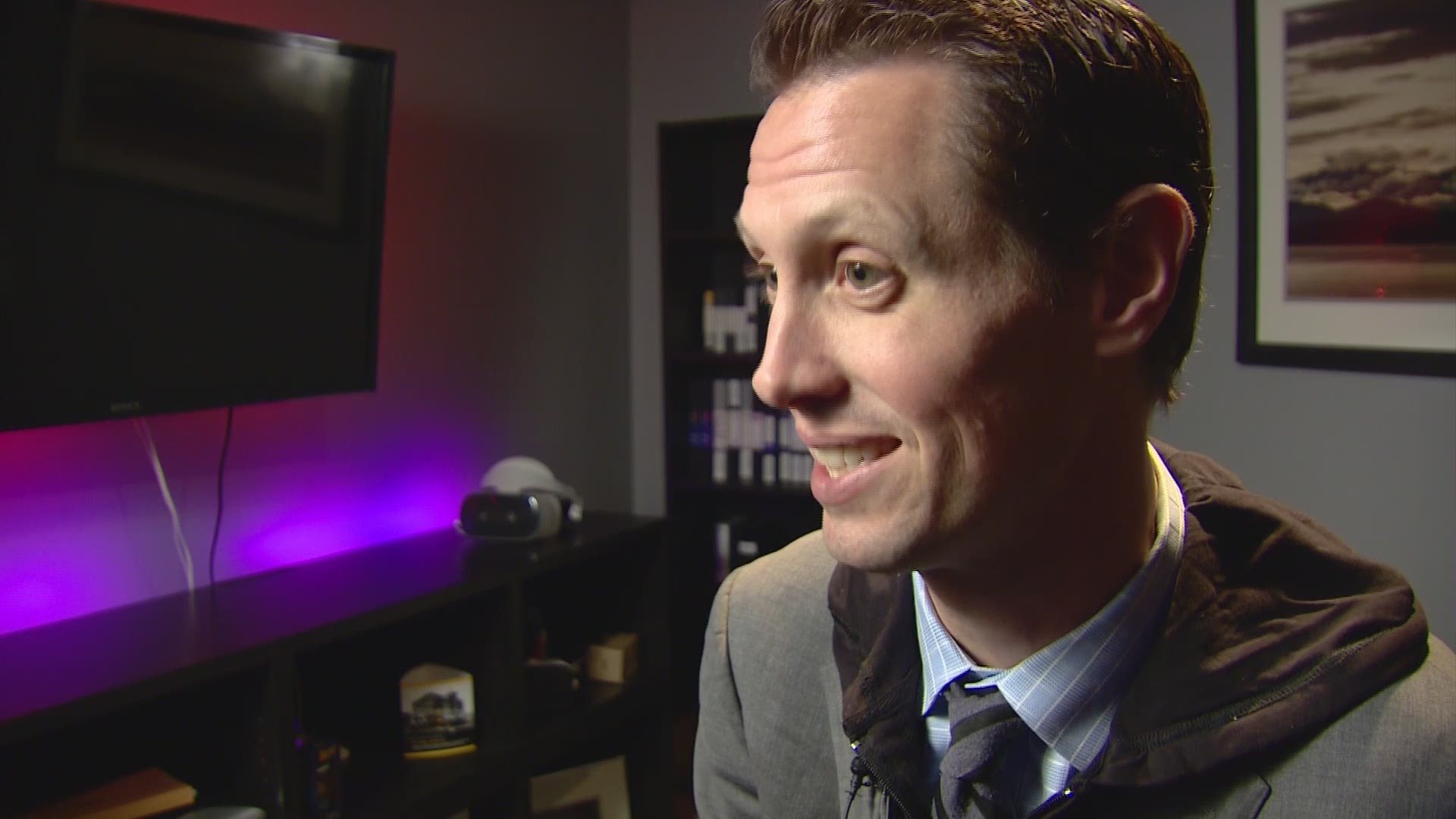 Seattle Councilmember Rob Johnson will not run for re-election.

"I set out to achieve most of what I had wanted to achieve," the 40-year-old said Thursday, discussing his decision to not run for a second term.

Johnson was elected in 2015 to represent parts of North Seattle and has frequently discussed his wife and kids in Council meetings. He says they are a big factor in this decision as well.

"They're getting to be second graders and in Kindergarten now. I'd love to be able to coach the basketball team, and I can't do that right now," he said with a smile, while also noting how uncomfortable he has felt at times balancing being a father and elected leader.

WATCH: Johnson explains why he’s not running for re-election 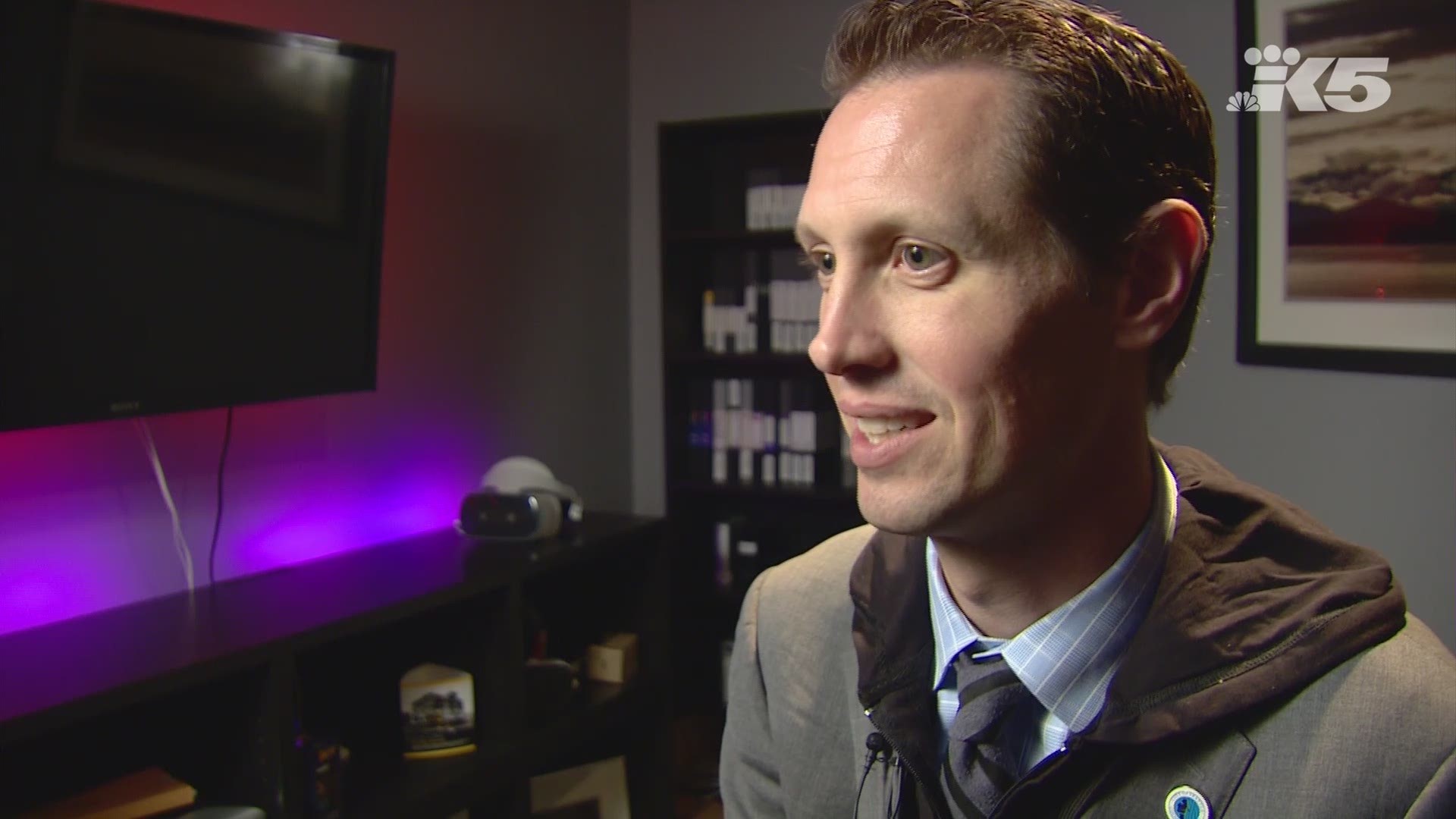 Johnson is a policy wonk who can geek out on any discussion about zoning or transportation. Some of that has been controversial, including discussions about creating safe bike lanes or paths that may eliminate car capacity.

"It grates on you when you're on the playground talking with other parents and having those conversations about your day job," he acknowledged Thursday. "We did have a death threat, we did have some folks that published our address that certainly a disconcerting thing. If you talk to many of my colleagues we've had some turns on the carousel."

Johnson said the circus atmosphere at some City Council meetings was unexpected a few years ago.

"I think for me – as a council member – I've always tried to approach this job with civility in civic discourse," he said. "The issues we're struggling with as a city have led to an increase in tension."

He says the housing levy and creating safe streets and new housing codes have been some of his more important policy victories. He says Sound Transit 3 and the recently passed Families and Education Levy are also victories.

“Councilmember Johnson has been a steadfast voice for a more vibrant, inclusive, and affordable Seattle," Durkan said. "Working together, we have made major investments in transit, transportation, education, and affordable housing."

Councilmember Lorena Gonzalez wrote, in part, "Although I will miss his thoughtful, deliberative and principled approach to governance, the legacy of his term will undoubtedly leave an indelible mark that will be celebrated in the years to come. The people of Seattle, both in and out of his district, have been, and will continue to be, well-served by Councilmember Johnson. I look forward to working another year with Councilmember Johnson and his staff."

His announcement will likely prompt wagging tongues throughout the city about who might run for the position and other seats. Seven of the nine Council positions are up for election in 2019. Councilmembers Teresa Mosqueda and Gonzalez are the only seats not up for a vote.

It is widely believed by many City Hall insiders that Councilmember Sally Bagshaw will also not run for re-election, although she has not made a formal announcement. There have also been whispers that Councilmember Kshama Sawant, who frequently misses Council and committee meetings, may also be considering pursuing a role outside City Hall. Councilmembers Mike O'Brien, Lisa Herbold, Debora Juarez, and President Bruce Harrell are also up for re-election next year.

None of the sitting members have filed campaign materials to the City.

However, Phillip Tavel, who ran unsuccessfully for the Council in 2015, has filed to run for Lisa Herbold's seat. Ari Hoffman and Matthew Perkins have both filed for Harrell's District 2 seat. City Hall gadfly Alex Tsimerman is the only person who has filed for Juarez' District 5 seat. O'Brien has already drawn two potential challengers in Chris Rufo and one-time mayoral candidate Kate Martin, who have both filed documents with the City. Naveed Jamali has filed for Bagshaw's 7th District seat.