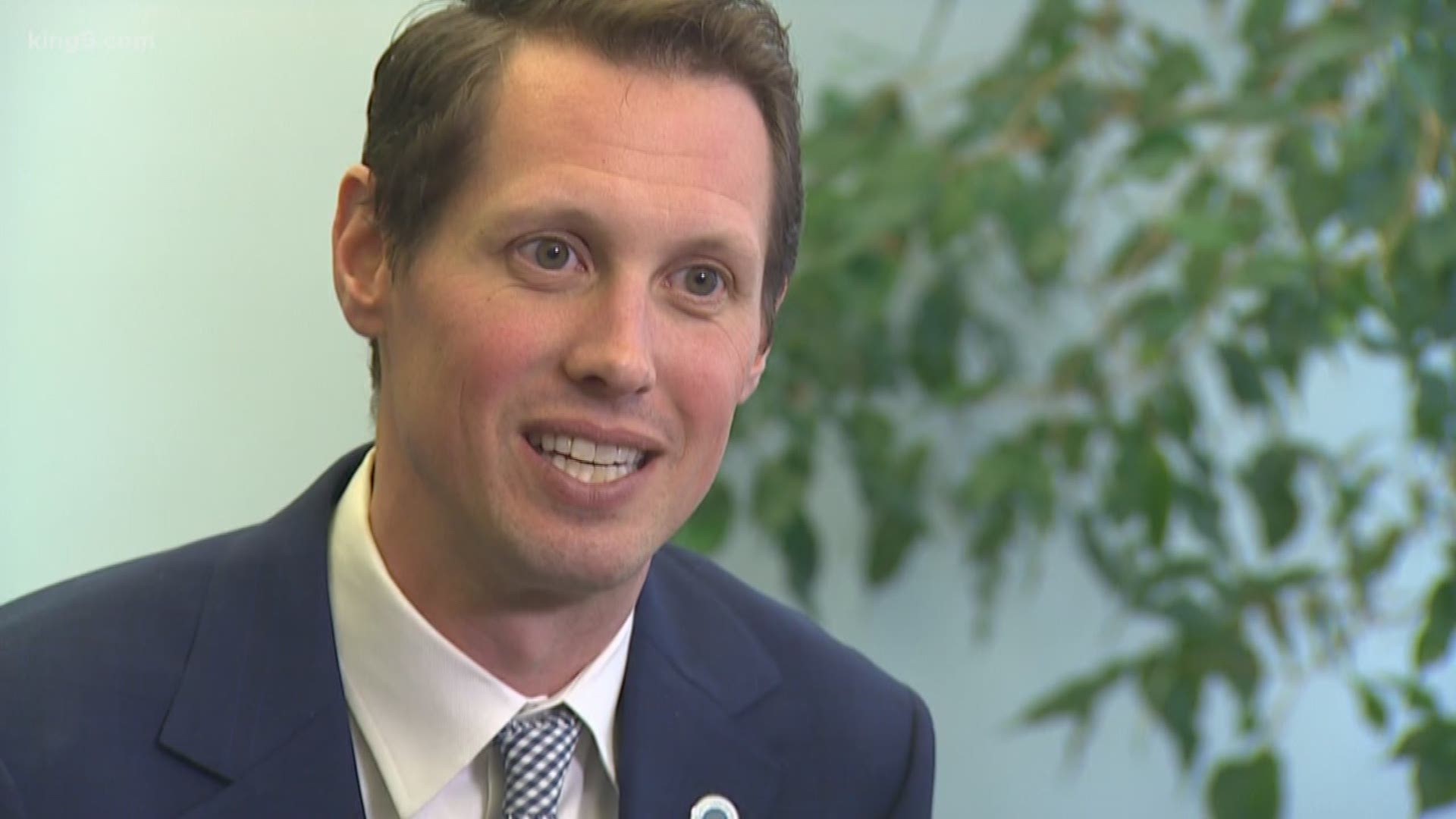 Seattle City Council President Bruce Harrell has outlined how the council will fill the seat of Rob Johnson, who abruptly announced his resignation.

Johnson told KING 5 in an exclusive interview that he will step down on April 5th, much earlier than originally anticipated. He said he wants to spend more time with his family and will eventually transition to a new transportation role with NHL Seattle.

He had previously announced he would not seek re-election.

Harrell wrote a memo Thursday outlining the timeline and expectation for the position. He made it clear the ideal candidate "would be qualified to chair the Planning, Land Use and Zoning committee vacated by Councilmember Johnson. Given the need for our new councilmember to hit the ground running and this fall’s election seven months away, I believe we should appoint an experienced caretaker who agrees not to seek election to the council this year."

That would reduce the temperature somewhat in an already wide open race to fill the district 4 seat. Nine different people have filed paperwork to raise money for the position, which represents parts of Northeast Seattle.

Alex Pedersen has raised the most money of any of the candidates. He said he agrees with Harrell's appointment plan. The one-time legislative aide to Tim Burgess said it would look bad if the council appointed someone running for the seat.

"We need the council members to appoint a caretaker," Pedersen said. "It would look bad, like a backroom deal was made. We need more transparency, not a backroom deal."

Ethan Hunter, another candidate, wrote that he's more interested in a four-year term, but would think about accepting the appointment if asked.

"Should the opportunity arise I would consider serving as interim councilman until someone is elected to a full four-year term. As for his resignation, I thank Rob for his service to the people of district 4 and wish him well going forward."

Another candidate, Cathy Tuttle, said she thought about asking the council to consider appointing her.

"Since I have expertise in both land use and transportation, I considered petitioning to take Councilmember Johnson's seat as a caretaker. However, I have decided to continue with my campaign."

"Regarding his resignation, I'm disappointed Rob Johnson has decided to step down early instead of finishing his term on the Seattle City Council. He has been a tireless and successful advocate."

"I will not be seeking the short-term appointment as I fully intend to be on the ballot in November. I am surprised Rob is stepping down early," Stuber said.

Harrell said he believes a new councilmember can be appointed by April 22nd. The council went through a similar process in the shakeup after the resignation of then Mayor Ed Murray in 2017, and departure of Sally Clark in 2015

Here is Harrell's timeline for selection of a new councilmember:

• Applicants must submit a resume and cover letter to the city clerk. The city charter requires applicants be a citizen of the United States and a registered voter of the City of Seattle. (See Attachment A)

• The city clerk will provide to each councilmember a notebook that includes all the applications received by the April 5 deadline. The city clerk will also post all applications on the council and city clerk’s websites, giving the public an opportunity to review the applications and submit comments. Included in this notebook will be objective screening criteria such as previous planning, land use and zoning experience as well as documentation from the Seattle Ethics and Elections Commission confirming the candidate’s eligibility to serve as a council member.

• As permitted by the Open Public Meetings Act, the council will meet in executive session to discuss the qualifications of candidates. (See Attachment B)

April 10 to April 19. Public forum, time and format to be determined (as memorialized in Ordinance 125479).

• From the Seattle Municipal Code, “After the deadline for community entity submissions, the city council shall develop a public forum to be hosted for interviewing applicants.

Note: An applicant must participate in the public forum and appear before the Council at the April 17, 2019 meeting to be eligible for appointment.

• The council will vote to fill the vacancy at the city council meeting.