Seattle has loosened rules on backyard cottages in hopes of creating more housing opportunities for residents. 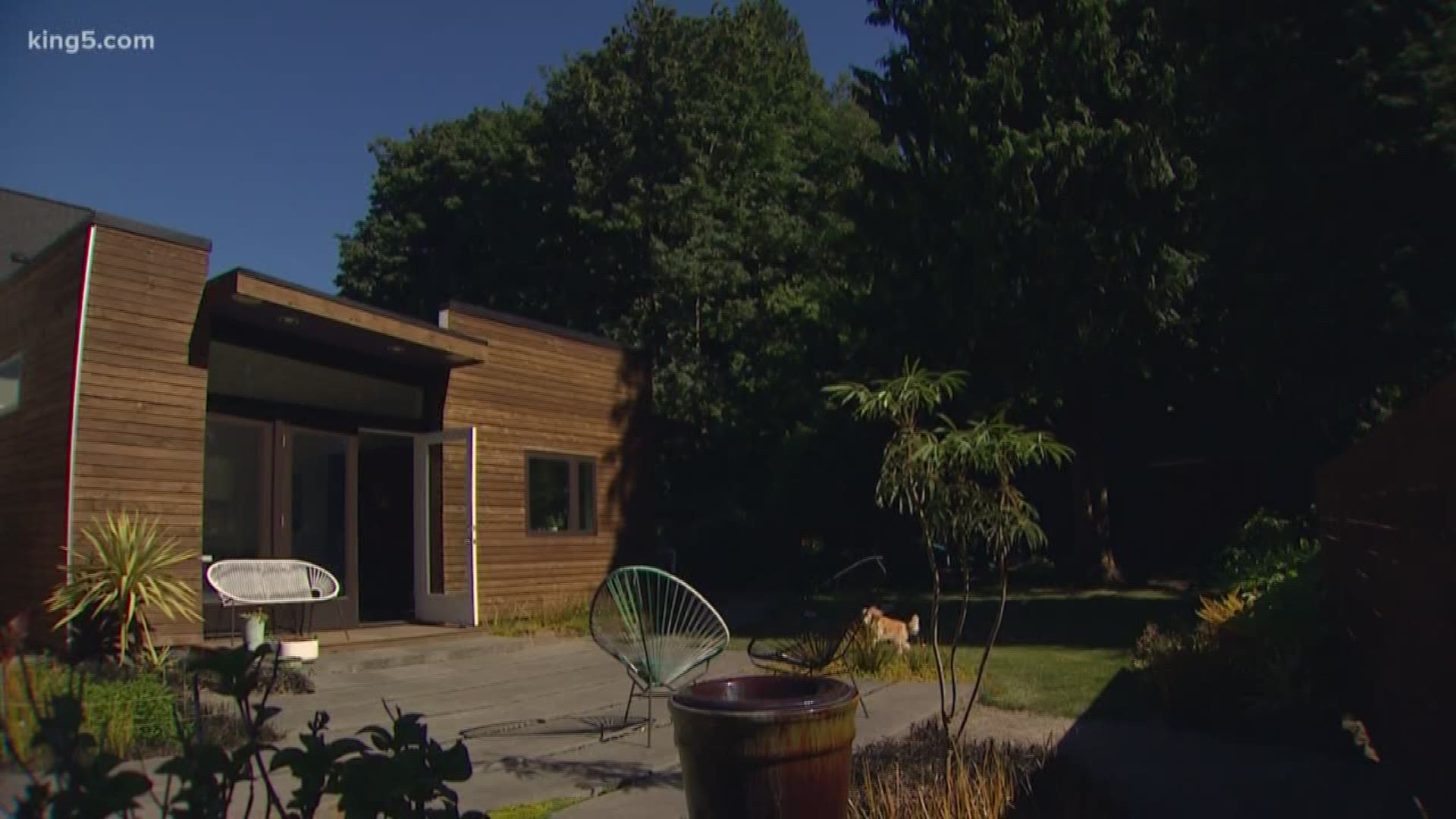 SEATTLE — The Seattle City Council has voted unanimously to enable the construction of more and bigger backyard cottages in all neighborhoods while removing requirements that property owners live on site and provide off-street parking.

Councilmember Mike O'Brien and other proponents touted the new rules for accessory units passed Monday as a gentle and environmentally-sustainable way to add living options in response to the city's population growth.

They say it will open up pricey neighborhoods.

"People have been chomping at the bit to build housing options that fit their families, whether it is an in-law unit for an aging parent, a backyard unit for a college-aged child, or a space to rent to a neighbor," O'Brien, who sponsored the legislation, said in a statement. "We’re in a housing crisis and need every tool to create a more affordable and equitable Seattle."

The legislation also limits how much space new homes can take up on a parcel of land by restricting the total square footage of new homes to half the size of the lot. Square footage in a basement or backyard cottage is exempt from that regulation.

The plan is expected to add about 2,400 more backyard cottages over 10 years than the existing regulations would, according to an environmental impact statement from the city.

Critics of the new rules, led by the Queen Anne Community Council, warned about the changes allowing developers to replace modest older houses with up to three rental units.