Under the Strategic Plan laid out by Seattle City Light, electricity prices will increase between 3% and 4% a year for the next five years. 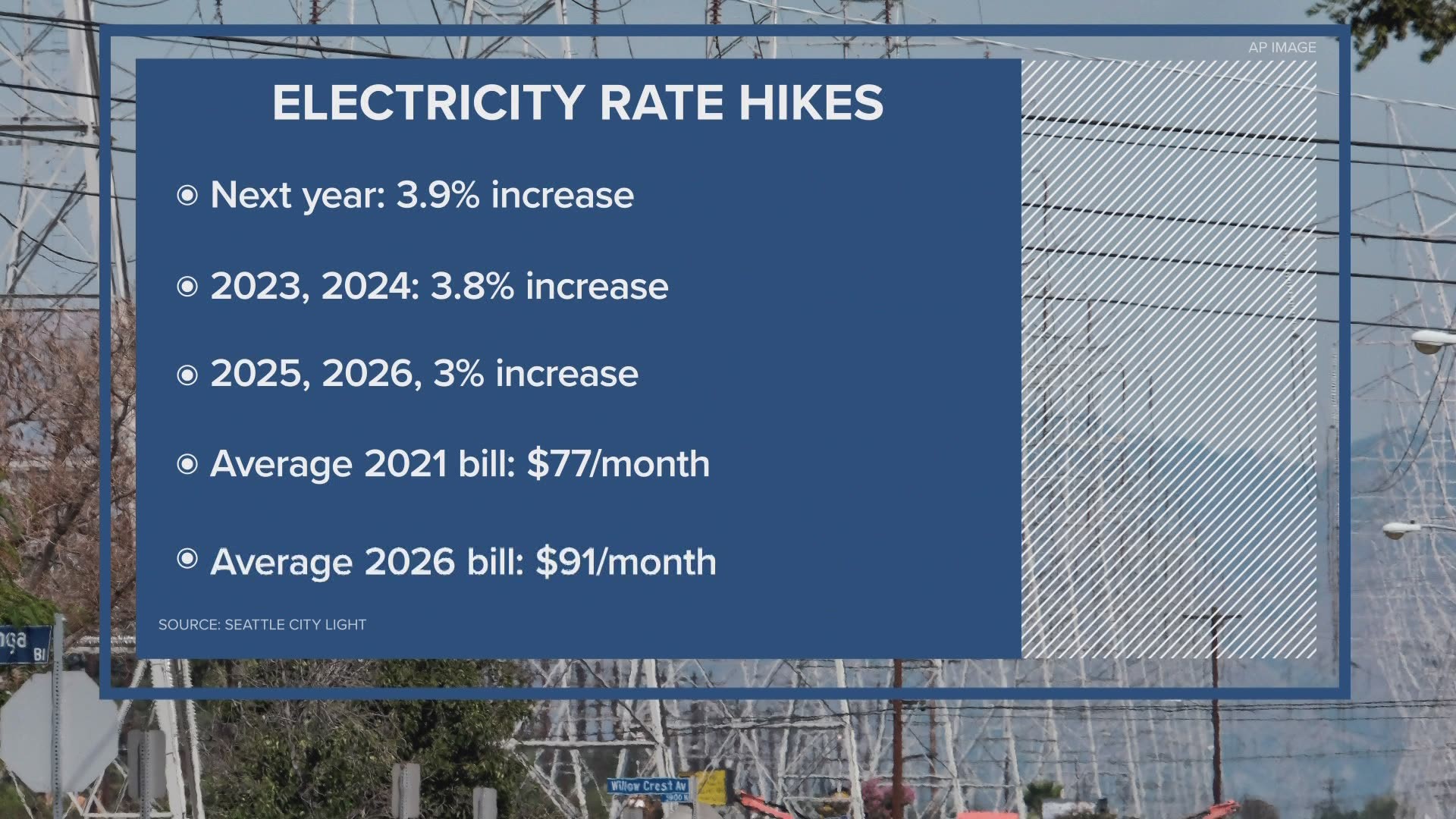 The Seattle City Council unanimously approved a multi-year rate increase from the utility company this week.

Under the Strategic Plan laid out by Seattle City Light, electricity prices will increase between 3% and 4% a year for the next five years.

A customer's average utility bill is expected to increase from $77 per month this year to about $91 per month by 2026.

According to members of a City Light Review Panel, who are responsible for overseeing the utility's actions, the pandemic caused a sharp decline in electricity usage and a need to "significantly adjust how City Light operates."

The rate increases were supposed to be approved last year to take effect in 2021, but the pandemic delayed the implementation of the utility's five-year plan until now.

In a letter to Seattle Mayor Jenny Durkan this week, the City Light Review Panel said "due to the uncertainty of the pandemic" delaying the rate hike was the "right move."