Dan Price first made headlines in 2015 when he announced he would slash his pay to guarantee every employee a minimum $70,000 salary. 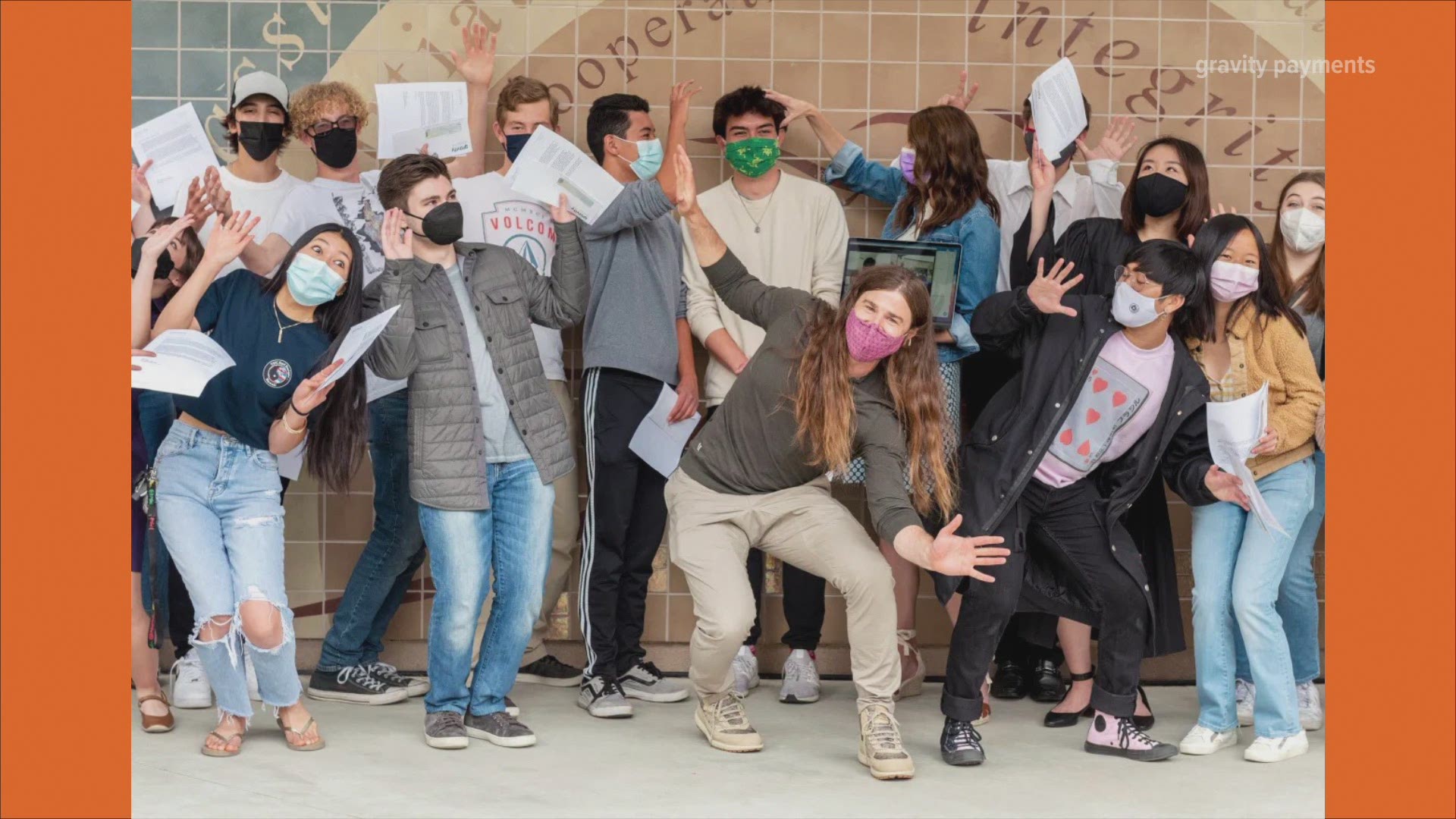 SEATTLE — In 2015, CEO of financial services company Gravity Payments Dan Price made a promise to a group of sixth-graders that if they wrote him a letter every year until they graduated from high school, he would give each of them a $1,000 scholarship for college.

Price met those students on June 7 at the elementary school in Irvine, California where it all started. They gave him their seventh and final letters, and he gave them the $33,000 plus interest.

Before the big promise, Price made another generous move. In 2015, he decided to cut his own salary as the CEO and founder of Gravity Payments to ensure that every employee at the company could also have a minimum $70,000 salary.

Price said he was concerned about income inequality and wanted to make sure his employees had their basic needs met.

The Irvine students learned about the gesture and wrote Price letters, inspiring him to take his generosity even further. So far in fact that he flew to Irvine to make them the scholarship promise.

"Thirty-three letters a year for six years. This one will be the seventh,” he said.

Price, back in Seattle, spoke on Friday about how the letters helped the students through the COVID-19 pandemic.

“It was so special," Price said. "It was so inspirational and the kids are just so bright and so optimistic. They mentioned how it was great to be reflecting and writing about how difficult the year had been for them but how it inspired them to want to make the world a better place. So, it was a beautiful place to be."

Price said that while his message regarding wages perhaps hasn’t resonated as much with other big businesses, it does seem to have touched those 33 students and his own employees, 98% of whom took a voluntary pay cut to help their company through the pandemic.

Price said he completely slashed his own pay to help his company and only just recently started taking his salary again, which is still $70,000.