The homeless encampment near Broadview Thomson K-8 is drawing attention from more Seattle mayoral candidates who say the city needs to step in. 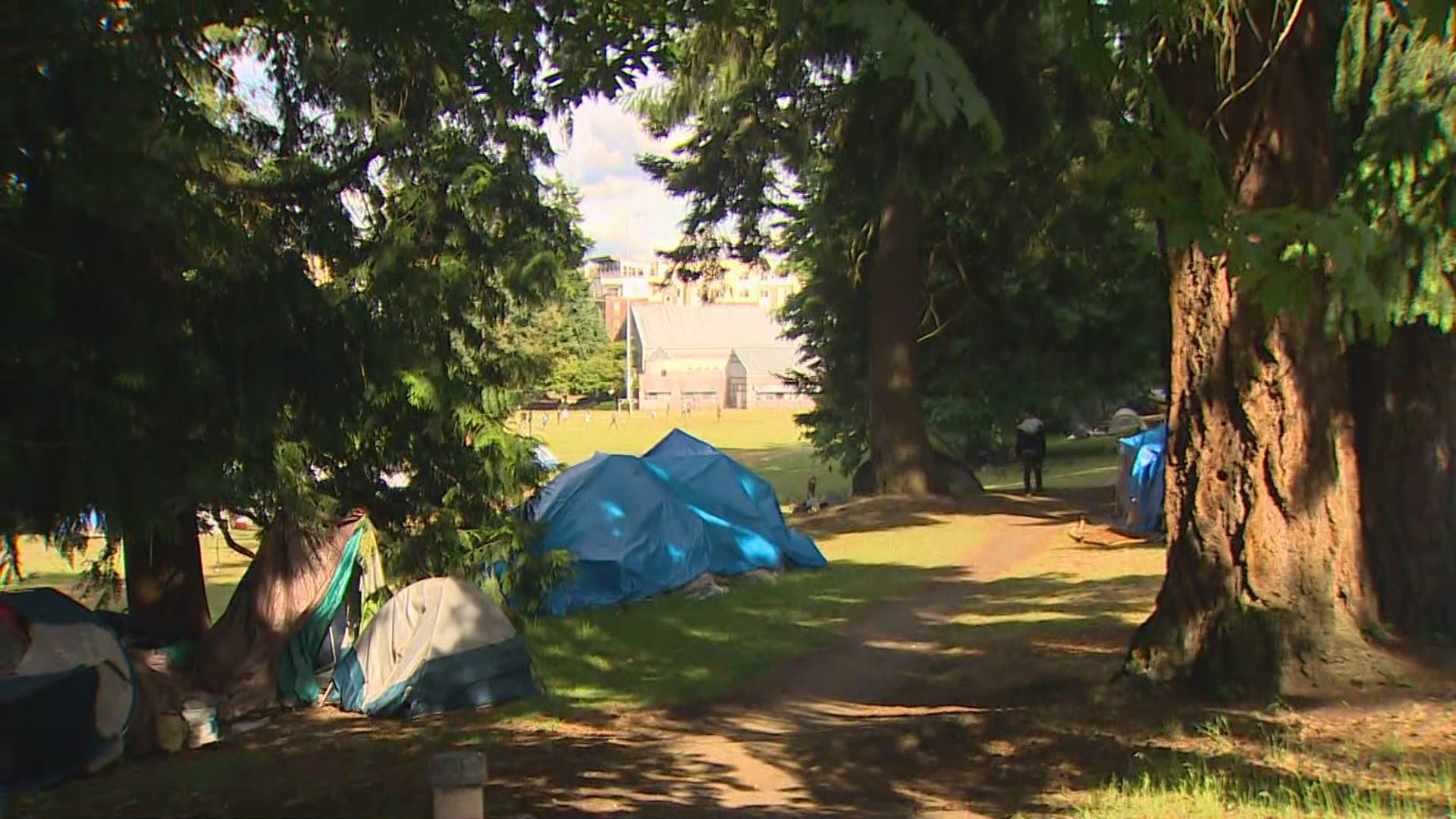 SEATTLE — A second Seattle mayoral candidate says the current office holder should seek an immediate resolution to an impasse over a homeless encampment on school grounds.

The encampment of about 40 tents is just below Broadview Thomson K-8 school, and on Seattle Public Schools (SPS) property. The city and school district have been at odds on how to best address the situation, which has frustrated Bitter Lake residents, park goers, parents, and teachers.

Colleen Echohawk, who is running for mayor, transitioned people out of homelessness while working as the director for the Chief Seattle Club. She said in regards to the encampment that "this cannot go on any longer."

Echohawk said she believes the mayor's office needs to take leadership and said, "there is no plan, there is finger pointing at city hall."

Her call for action came after former Seattle City Council president and mayoral candidate Bruce Harrell took a similar position on Friday. Harrell was met by neighbors who demanded an immediate solution, citing concerns over crime and safety of school kids.

SPS Board President Chandra Hampson cancelled a scheduled interview with KING 5 on the issue Monday, with a five minute notice, and did not respond to follow-up texts. She took issue with the city's position that the district owns the private property and has declined assistance.

However, emails between district and city leaders paint an acrimonious picture, dating back to a since-deleted March Facebook post from Hampson, which called for an end to sweeps of homeless encampments.

In an email on April 2, Seattle Mayor Jenny Durkan wrote to Hampson and other board members, "I regret Chair Hampson that this is how we were introduced, and am hopeful we are able to establish a regular connection and better forms of communication."

Durkan continued, "When we have questions, issues or concerns -- we pick up the phone and call each other."

Two weeks later, Deputy Mayor Casey Sixkiller, who is also running for mayor, informed the district the encampment was on their property and, "It is the City's understanding that SPS does not want the encampment removed without offering shelter and services, per our previous conversation any such services are the responsibility of SPS to fund and provide as this encampment falls outside the City's jurisdiction."

In an email to KING 5 over the weekend, Seattle School Board member Liza Rankin, who represents the area near Broadview Thomson, said the situation is "tiresome."

"Having the mayor repeat the untruth that the school district has refused services…" and that "candidates for office using this as political fodder while the school district, school community, neighborhood, and unhoused community members continue to bear the brunt of the situation is just too much," Rankin wrote in part.

Echohawk said Monday the city needs to step in.

"The deadline has to be back on the city, the city needs to use the FEMA dollars that are there," said Echohawk, who said she has a 22 point plan for ending homelessness and bringing every person off the street in a 14 month time frame.

"Let's bring them inside, every single person."