Passengers should plan ahead and give themselves extra travel time as there will likely be travel delays during peak times. 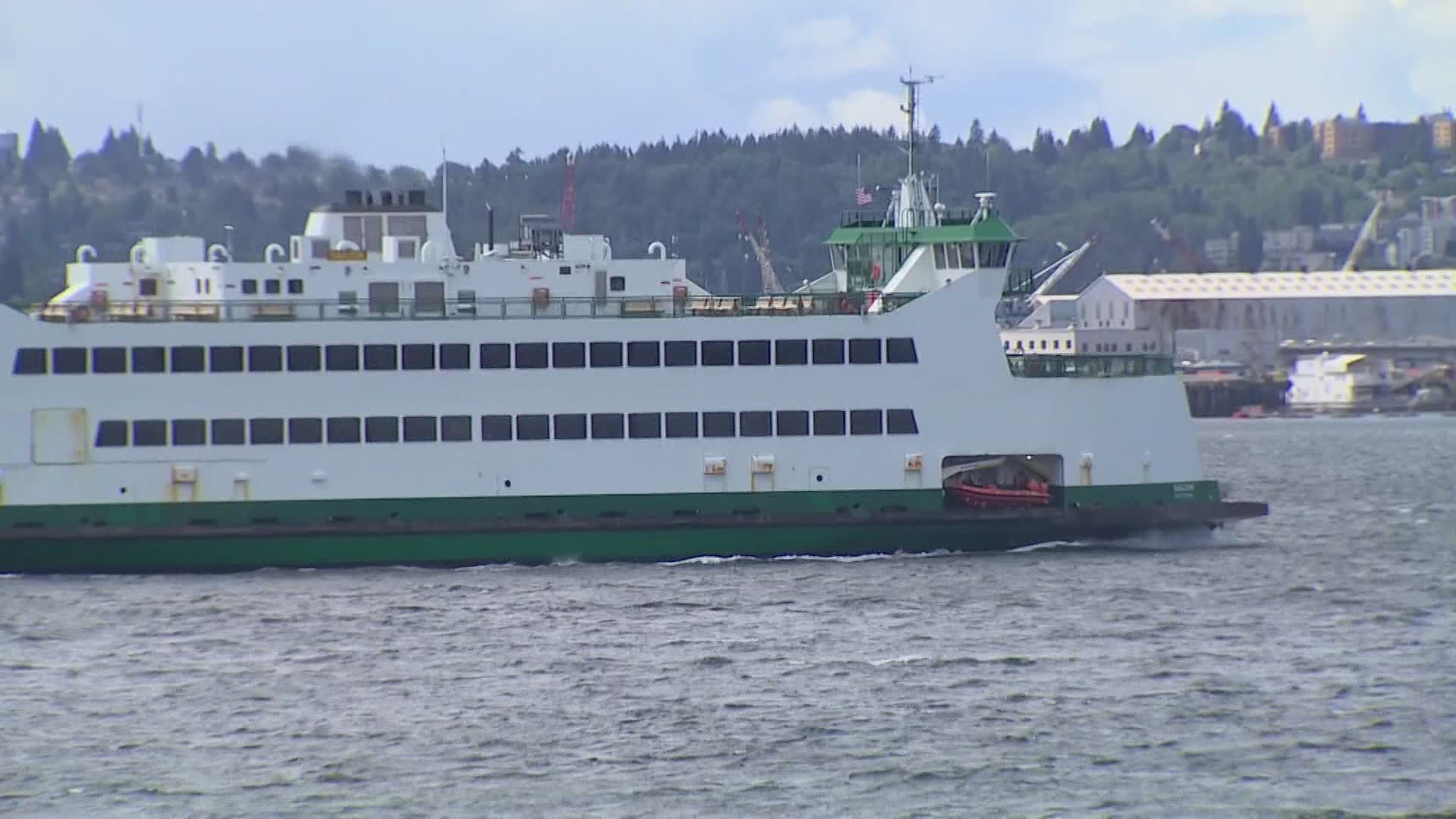 SEATTLE — The Seattle-Bremerton ferry route will be down to one-boat service starting Tuesday.

Washington State Ferries (WSF) said the route will operate using the No. 2 M/V Chimacum after a steering system failure on the No. 1 M/V Salish Sunday. WSF said only the No. 2 ferry sailings will operate while the M/V Salish is out of service.

Passengers should plan ahead and give themselves extra travel time as there will likely be travel delays during peak times.

The M/V Spokane is filling in on the Seattle-Bremerton ferry route on Memorial Day due to heavy holiday weekend travel. WSF said the M/V Spokane will be pulled for maintenance work starting Tuesday.

WSF said the M/V Salish is expected to return to service later this week.

“Thank you for your patience while we work to maintain our fleet,” WSF said in a travel alert bulletin. “Crews will work as quickly and safely as possible to repair the boat and return the route back to full service.”

Almost every ferry route was already down boats or using smaller vessels after an engine fire on the M/V Wenatchee in April caused WSF to shuffle boats around.

Twenty-one boats comprise the Washington ferries system, the largest in the United States. But years without new craft have left WSF with thin operating margins, especially with a large Jumbo Mark II class ferry like the Wenatchee down for what will likely be months.

Big upgrades are planned for the ferry system over the next 20 years – 13 boats to be retired and replaced and three additional craft to expand the system.