The proposal amounts to a stunning and swift turn in the nearly five-year debate over building a new arena and, ultimately, bringing a professional basketball and hockey team to the city. 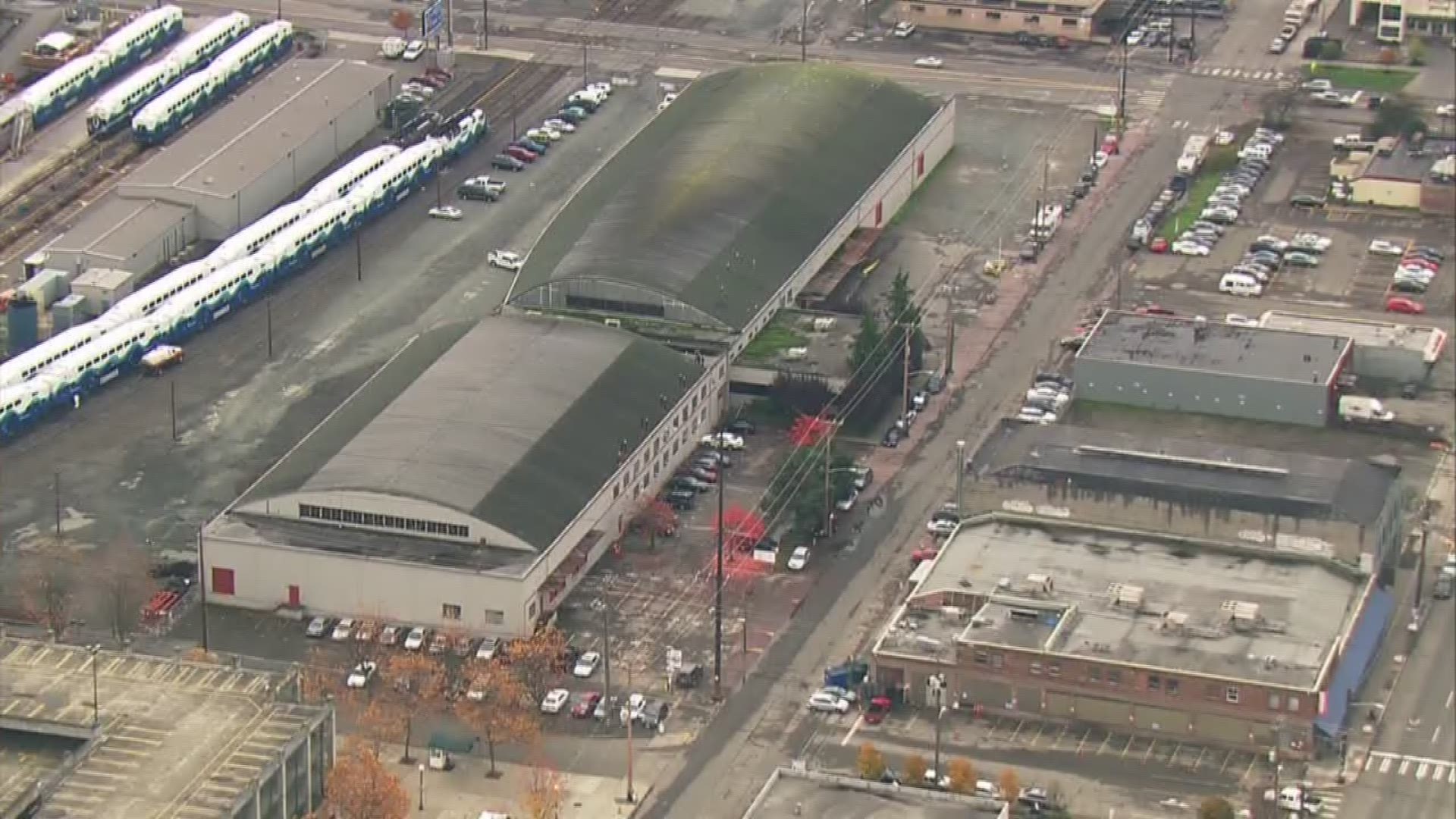 The group also said it would cover the current funding gap to build an overpass over Lander Street, a project long desired by freight and industrial interests concerned about congestion in around the Port of Seattle.

The proposal amounts to a stunning and swift turn in the nearly five-year debate over building a new arena and, ultimately, bringing a professional basketball and hockey team to the city.

The offer is outlined in a lengthy letter to the Seattle's mayor, the King County Executive, and Seattle City Councilmembers. The letter unequivocally says the group is willing to build the arena "at no cost to the City or the County," a change from the original proposal which called for the city and county to back about $200 million in bonds to fund construction.

Signed by Hansen, Wally Walker, and Pete and Erik Nordstrom outlines the new offer, which is conditioned on the city agreeing to vacate a one-block stretch of Occidental Avenue and the addition of several tax credits.

The group concedes in the letter that "the economic landscape has changed" since it agreed to a Memorandum of Understanding with the city in 2012:

"The recession is behind us and we are deep into this new economic cycle," the letter states. "Interest rates have declined and the NBA has completed its new national television contract, creating more financial certainty in the industry.

"These considerations lead us to suggest a new proposal. Our goal has always been to return the NBA to Seattle and to build a new arena to make that possible. Our partnership with the City and County started five years ago was based on a recognition that private financing of a new arena in the prevailing economic conditions was not economically feasible. The goal of this partnership was to build the arena and bring an NBA team to Seattle. Public financing was simply a mechanism that made that possible at the time.

"We have concluded that a changed economic climate makes possible the private financing of the arena. For that reason, and to address concerns expressed by City Council members, we would consider revising the street vacation petition to eliminate public financing of the arena. In such a case the MOU would be terminated and the rights and obligations of the parties under the MOU would end. The City and the County would recoup the $200 million in debt capacity and tax revenue streams generated by the arena would cease to be encumbered for arena debt service."

The Hansen group is asking for approval of the street vacation, along with a waiver of the city's admissions tax (a credit enjoyed by the other two major stadiums), and an adjustment to the city's B&O tax rate for "revenue generated out of town."

The letter continues that the group "will agree, following street vacation approval to commit to the future payment of compensation for the vacated street to the City's financing package for the Lander Street Overpass." That project has a roughly $27 million funding gap.

The MOU Hansen and his group signed with the city and county in 2012 is set to expire next year. The project has gone through thorough review, includes environmental and design approval, and a unanimous recommendation to vacate Occidental by the Seattle Design Commission and SDOT. The group also signed a scheduling agreement with the Mariners, Sounders and Seahawks last April.

The last major hurdle remains to vacate a stretch of Occidental Avenue, which would give Hansen's group the physical footprint it needs to build the arena. In a 5-4 vote on May 2, the council rejected the vacation proposal.

Hansen's group had agreed to pay $18-20 million for the street vacation and contribute money to the Lander overpass. Councilmembers who voted against the proposal expressed concerns over the MOU's public financing portion of $200 million in bonding capacity, freight, and traffic concerns. The Port of Seattle, the Longshoremen's Union and the Mariners have been the most vocal in their opposition. 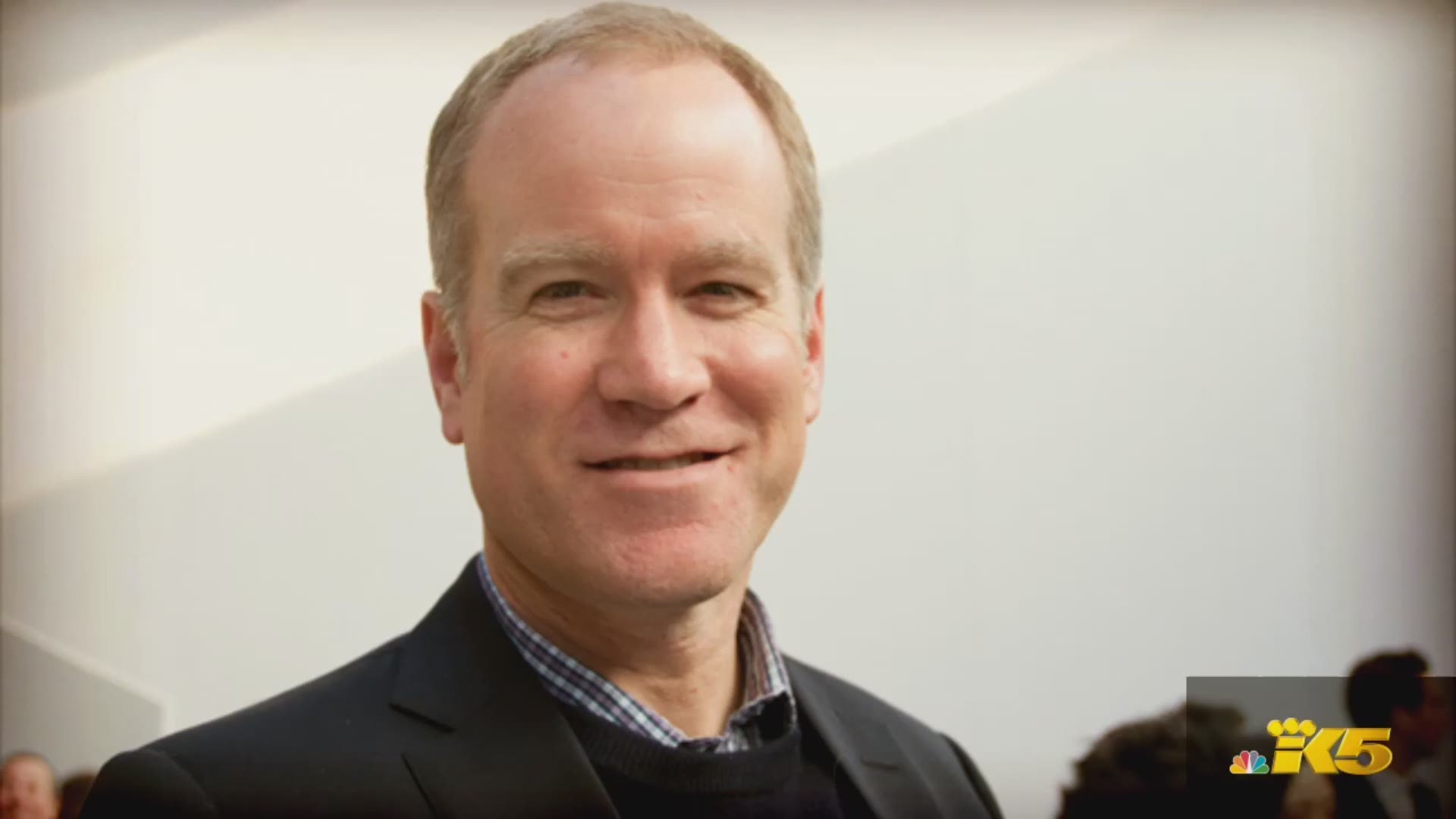 Since May Hansen's group has remained relatively quiet. It donated $25,000 to the Sound Transit ballot measure known as ST3. If approved, the $54 billion package would eventually add three transit hubs near the Stadium District with connections to the Eastside, Pierce, and Snohomish counties.

This month, Hansen and his partners also snapped up two big pieces of property in Seattle's SoDo neighborhood, bringing to $123 million the amount the group has spent to purchase multiple lots in SODO.

The offer sent Tuesday would be unprecedented in recent Seattle sports and business history. The public subsidized $300 million of the $430 million construction of Century Link Field, which opened in 2002. Taxpayers also helped finance $384 million for the construction of Safeco Field in 1999. KeyArena, the former home of the Sonics, was renovated in 1995 with help from taxpayers. The debate over public financing for another KeyArena remodel was a factor in the NBA's decision to move the Sonics from Seattle back in 2008.

The Hansen group's new offer also comes amidst increasing speculation about the NBA's potential expansion. Multiple reports have suggested the NBA and its players are close to finalizing a multi-year collective bargaining agreement, which would allow the league to focus on growth.

The NHL has also expressed strong interest in the past few years about expansion to Seattle. However, during the past expansion window, no group from Seattle filed an application. The NHL added a team in Las Vegas, leaving the league with imbalanced conferences and 31 teams.

Seattle Mayor Ed Murray recently convened a summit of Seattle Center stakeholders, leading to speculation about the future of KeyArena. That summit, focused on the Northeast Quadrant of the public park, led to open discussion about renovation of Memorial Stadium and the siting of a new high school at Seattle Center. It did not include discussion about a new arena.

“The City will review the letter sent by a group of stakeholders, including Chris Hansen, suggesting a revision to the previous SODO arena proposal," Murray said in a statement. "We share the goal of bringing the NBA and NHL to Seattle. The City will continue to consider all options to build a new, state of the art arena that will accomplish that goal and that can serve the city for years to come.”

But Port of Seattle Commission released a statement still opposing the arena.

"Our perspective on this matter has not changed. While we wholeheartedly support the return of the NBA to Seattle, we reiterate that the sports arena poses an unacceptable threat to the most productive industrial area in the state and our ability to support and expand middle-class jobs," wrote commissioner John Creighton in a statement.

“Chris Hansen today demonstrated his continued commitment to building an arena, and to take advantage of an improving economy," said Constantine in a statement. "His efforts will strengthen our ability to compete for an NBA team. We won't stop until we bring the Sonics home."

The Sound Transit Board Chair also said, with or without ST3, he believes SoDo is the best place for a new Arena, and better than Seattle Center.

"All forms of transportation converge at SoDo. It’s the best place for a large crowd to come and go – light rail, commuter rail, buses passenger ferries and the freeways," said Constantine, adding, "Even when light rail arrives at Seattle Center, there still won't be the coincidence of different modes of transportation, rail and surface streets, as we see in SoDo." 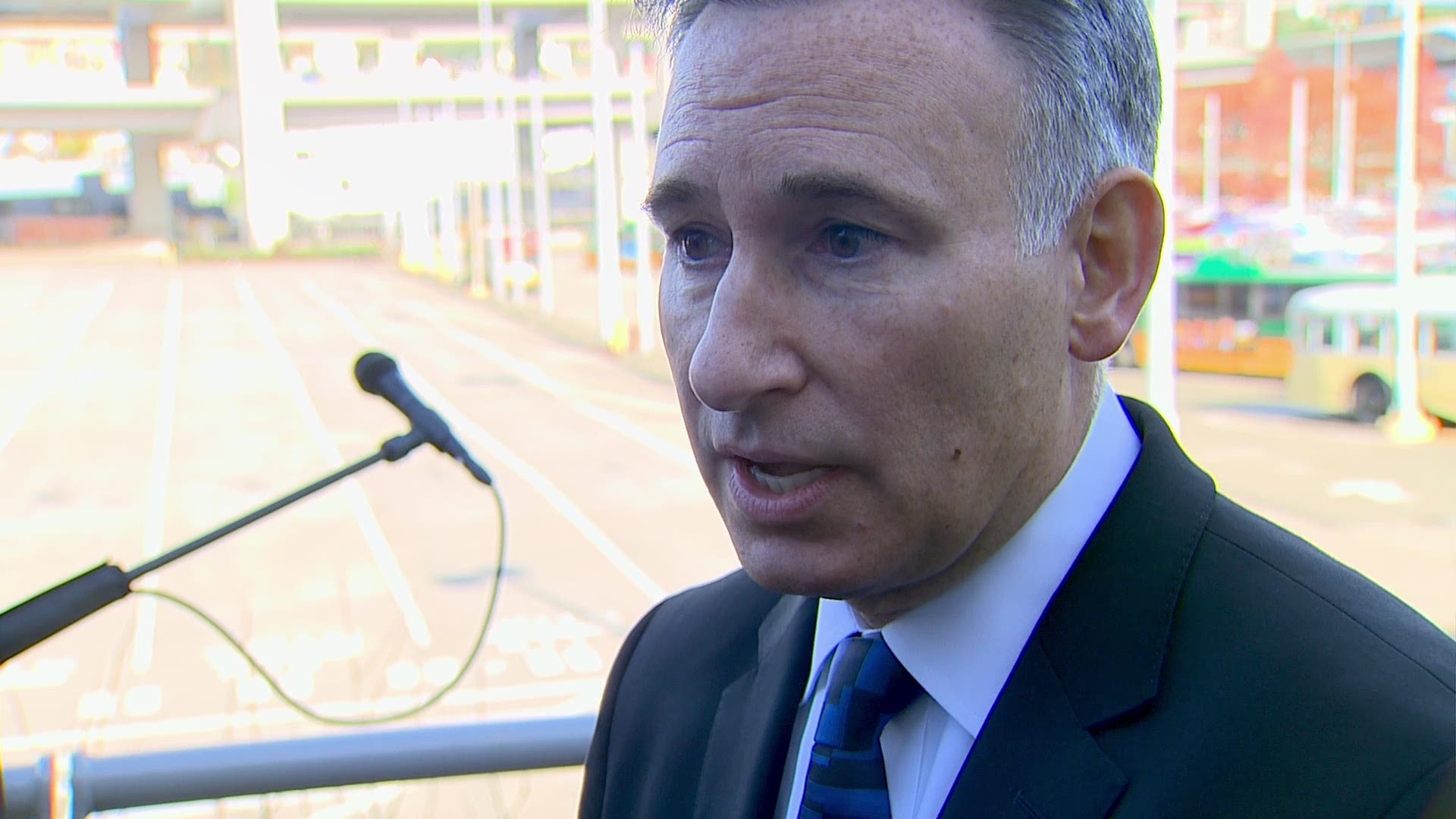 “I think this new proposal by Mr. Chris Hansen is a game-changer to build the arena and bring an NBA team back,” said Council President Bruce Harrell. “The proposal should definitely be taken into consideration by all Councilmembers and I will look at reconvening a Council committee to discuss this new arena proposal.”

Seattle City Councilmember Tim Burgess told KING 5 after receiving the letter, "In order for us to reconsider we urged them to remove public financing from the project, and they've done that, so the ball is back in our court."

But Port of Seattle Commission President John Creighton said, the offer does not change the Port's opposition to the project.

"We've been an economic engine for our region for over a hundred years," Creighton said. "We've made it clear, working with the Mayor, that there are other funding sources that we could mutually explore at the Federal, State, and local levels. Looking at this, if the parties want to terminate the MOU, we think that's a good thing. Then we can have a broader conversation on alternative sites."

Seattle Department of Transportation Director Scott Kubly declined comment on the letter itself, and the pledge regarding Lander, but told KING 5, "The city considers Lander, and getting it funding it critical, but we need to work on it with all our funding partners, like the Port." 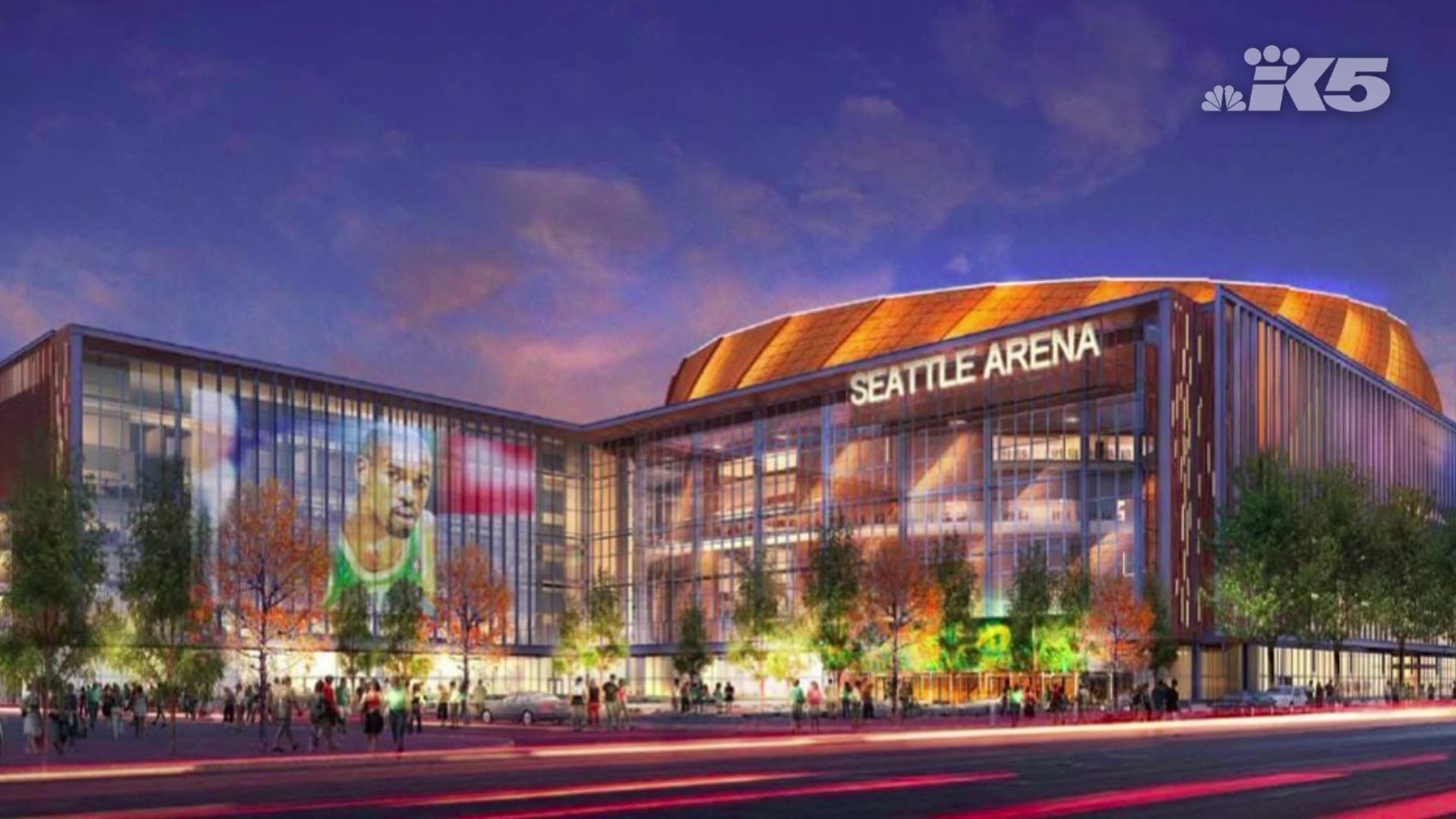