A coral nursery on display at the Seattle Aquarium will grow coral for exhibits in the new Ocean Pavilion, which is expected to open in 2024. 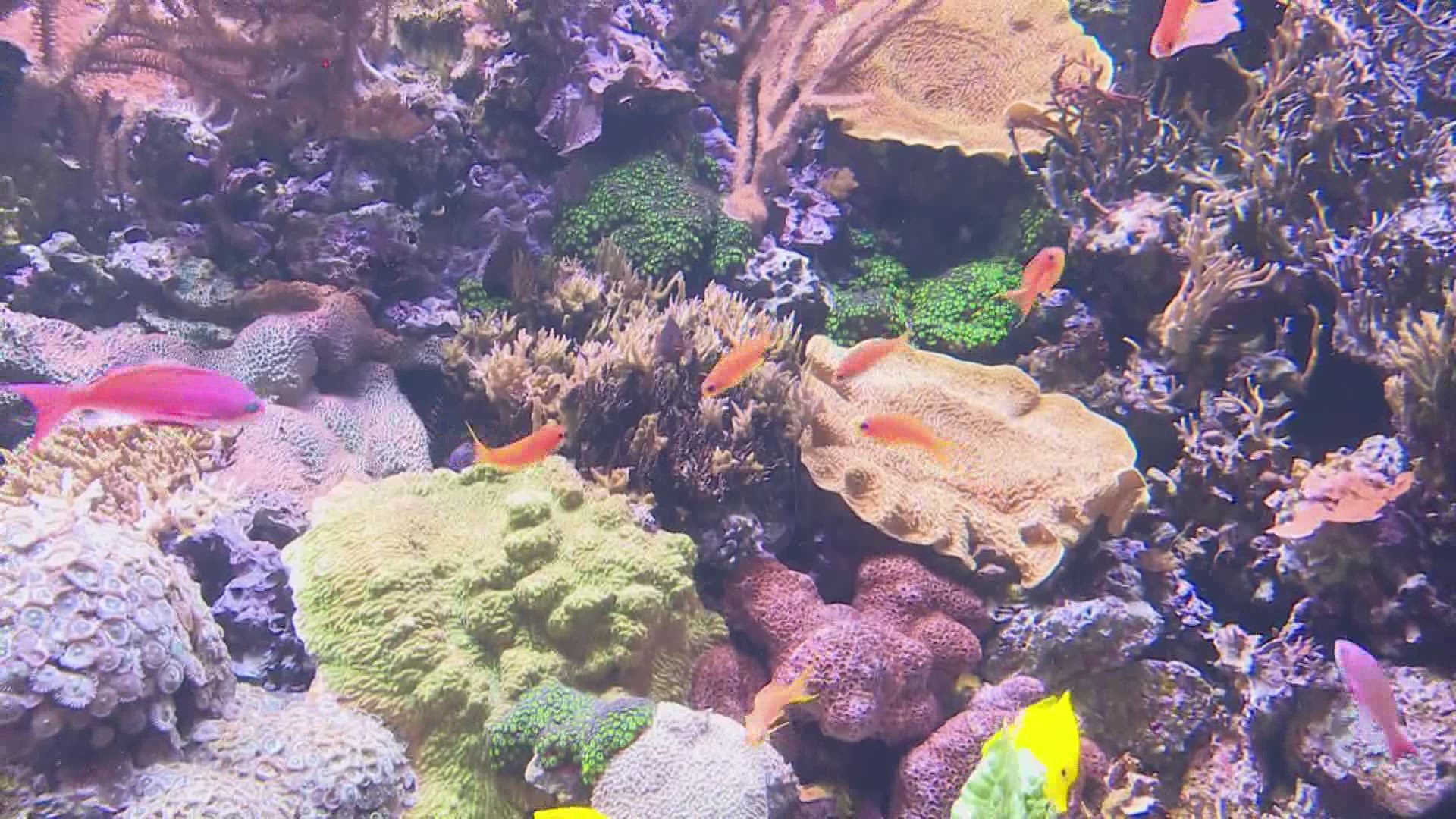 SEATTLE — When we think of baby animals at the Seattle Aquarium, fish or seals may come to mind, but the aquarium is unveiling its newest exhibit, and it's all about raising coral.

For the last 20 years, curators at the Seattle Aquarium have been working to raise and grow more than 40 species of coral.

It's important work, because raising coral in-house means curators don't have to disrupt coral populations in the wild. It's a lengthy process and one that’s been done almost entirely in secret.

Andrew Sim, associate curator of fish and invertebrates at the Seattle Aquarium, says that's due to a few reasons. Space in the building is an issue, and there hasn't been a need to make more room for the corals to mature. It's also allowed time for curators to figure out the process behind closed doors before going live to the public.

"We learned so much about what we need to do to care for these corals in an aquarium setting," said Sim during an exclusive inside preview with KING 5.

Coral needs a lot of light to grow. Sim says the deeper the water, the more intense the light needs to be.

Because the corals were raised to fill current exhibits around the aquarium, they could be grown in tanks with 8 to 10 inches of water. But as the aquarium plans for its Ocean Pavilion expansion in 2024, curators are going to need a lot more coral and water.

“Maybe 10 times the size of anything we see here at the Seattle Aquarium right now," said Sim.

And that’s where the coral nursery comes in. While the goal is to entertain and educate, the nursery’s larger, deeper tank will help prepare these water creatures for larger exhibits.

"2024 is still a little ways away but for these corals to reach maturity, that can take a year, which is on the faster end," said Sim, whose love for the aquarium started when he was a child.

"I can remember coming into the Pacific Coral Reef Gallery when it opened in the 80s and being blown away and inspired," the curator added. "And that’s a really important part of our role here at the aquarium is kind of inspiring the next generation to understand their impact on the world."

The coral nursery is open to visitors now but as a reminder, you must plan your trip to the aquarium in advance and online.