Mayor Jenny Durkan said it could bring close to $300 million in public benefits like a new community center, affordable housing. 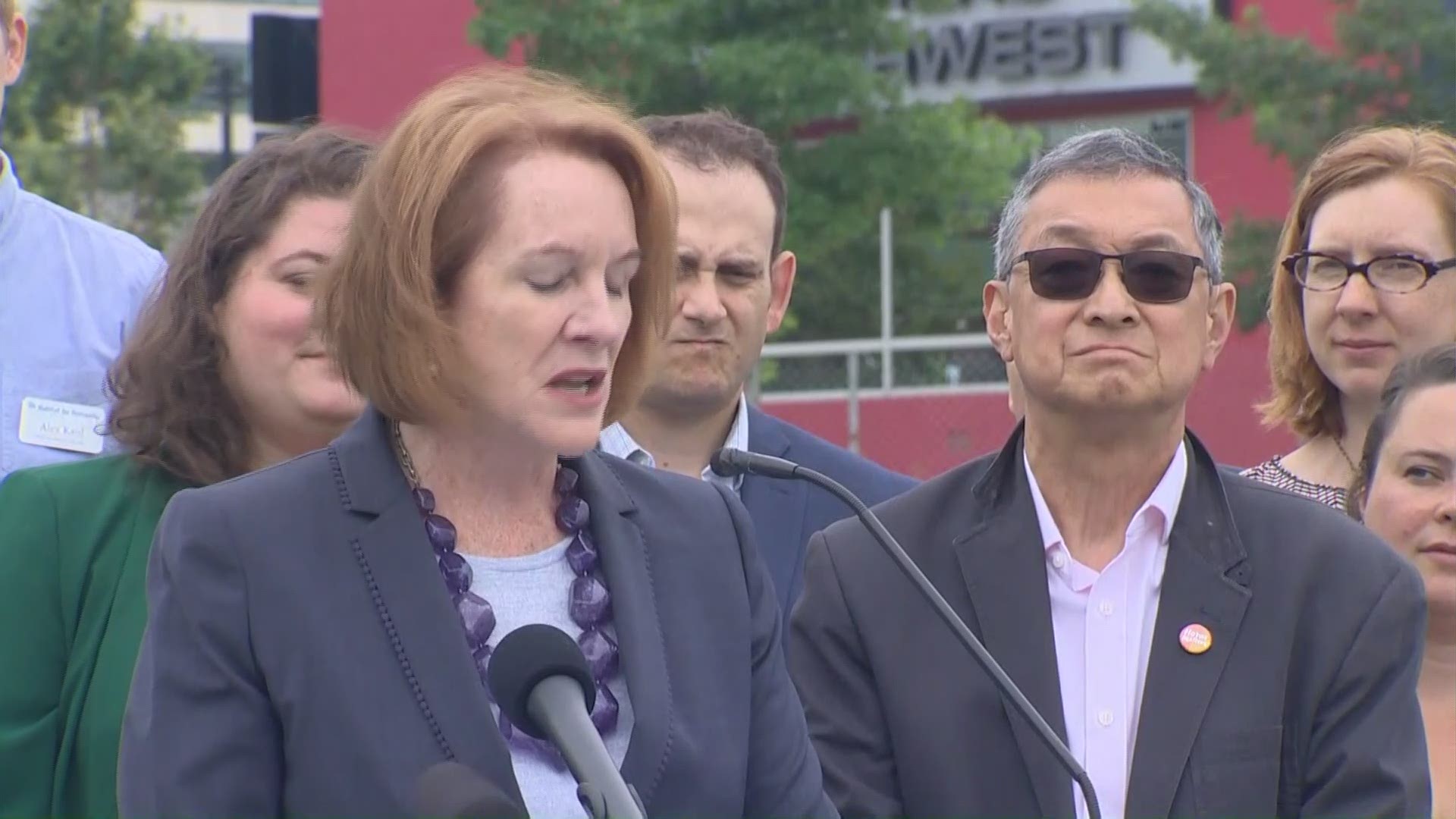 Seattle Mayor Jenny Durkan announced a $143 million deal to sell the so-called "Mercer Mega Block" that could bring in close to $300 million in public benefit, according to the mayor.

The complicated deal with Alexandra Real Estate Equities comes after months of debate, and at least six different bidders made pitches for the land near Mercer Street and Dexter Avenue.

Pending ratification, Alexandria Real Estate will agree to pay the city $143 million for the 2.86 acres of land. The company plans to build three different mid-rise towers, including one consisting of 175 units of affordable housing.

Alexandria Real Estate will also pay for environmental remediation of the ground, a street vacation, an extension of the Mercer Street protected bike lanes and a brand new public community center.

The deal also calls for Alexandria to chip in $5 million more for homelessness efforts.

“This is a generational opportunity for Seattle,” said Durkan. “Cities our size rarely get the chance to take an underused property we own and make bold investments to create jobs, create more affordable and mixed income housing throughout the city, and build more safe transportation connections. I believe that years from now, people will look back at this chance and say we seized an incredible opportunity to make our City better by reinvesting the proceeds directly in housing across Seattle. I look forward to working with the City Council in the coming weeks to deliver these investments in housing, jobs, great public spaces, and transportation projects across Seattle.”

Alexandria has other holdings in South Lake Union in the biotech sector. According to the city, it's expected that the two planned mid-rise towers will be used for biotech purposes.

Durkan's budget office led several of the discussions over the future of the city-owned property, which has been targeted as a potential location for affordable housing.

The City has been exploring use for the land since 2014.

Since the land was originally purchased with revenues from commercial parking taxes and gas taxes, a portion of the proceeds must be used for transportation. The sale of this land would allocate $29 million towards "prior transportation commitments."

Durkan's office hopes the Seattle City Council will take up the issue and vote next month.

If approved, construction on the project could begin in 2020.