Search for missing Seattle woman complicated by her age, autism

Amber O'Neil's father wants SPD to classify her as an "Endangered Missing Person," but he's having a hard time convincing investigators to do it. 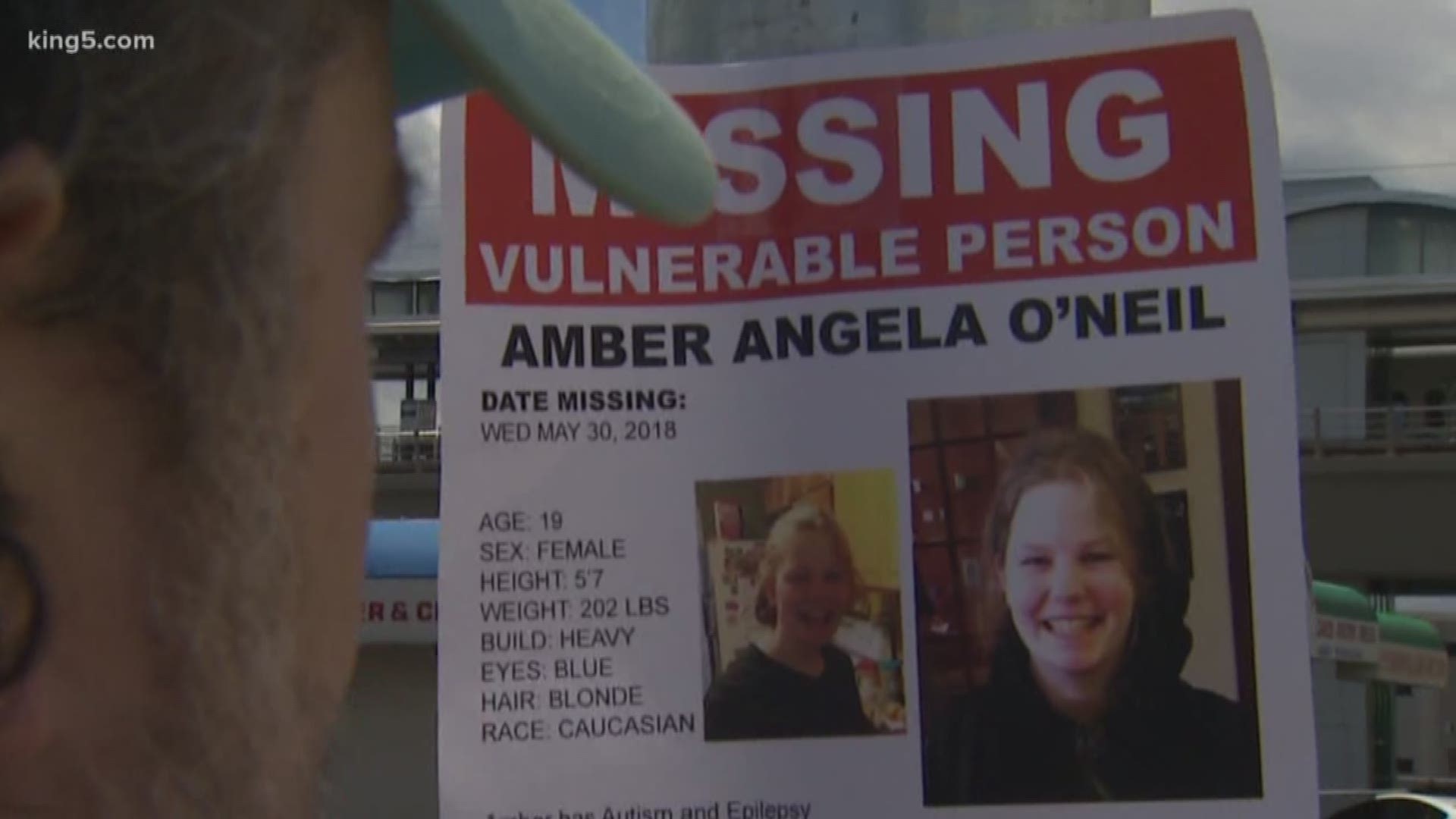 The Seattle Police Department is searching for a missing 19-year-old woman with autism who disappeared a week ago.

Amber O'Neil is a student at Seattle Central College who has been diagnosed with Asperger's syndrome. While she's smart academically, her family said she's socially much younger.

"She's probably better at math than I am," said Pete O'Neil, her father. "But when it comes to interpersonal relationships, she may be 19 but has the reasoning of an 8-year-old."

O'Neil is concerned that she's with a man almost three times her age with a criminal history whom she met in her accounting class at the school.

In a background search, KING 5 found the 53-year-old to be from the District of Columbia with convictions for theft and possession of a dangerous weapon in the 1980s. A man matching his name was sentenced to 63 months in federal prison on firearms charges and mail fraud in 1997.

Her father said their relationship concerned the staff to the point that they alerted DSHS. A DSHS investigator sent Amber a letter in early May telling her that the agency started an investigation into her well being and safety.

Then the Garfield High School graduate disappeared a week ago without her seizure medication.

"She's never run away before," said O'Neil. "She's really good. She's really focused on her college education right now. She spent time with this person, and we didn't realize it because he really brainwashed her."

Her father spent the week posting fliers throughout Georgetown and Seatac, two neighborhoods where Amber might be with the man.

He wants Seattle police to classify her case as an "Endangered Missing Person," which would broadcast the alert of her disappearance, but he's having a hard time convincing investigators to do it.

"It's my understanding in this particular case that the missing person, the young woman is highly functioning," said Seattle police spokesperson Sgt. Sean Whitcomb.

Whitcomb says the department is handling it as a normal missing person's case. While they're trying to find her, her adult status keeps them from escalating it and alerting the public.

"Unfortunately there are times when people do their own thing and they don't communicate with friends family employers and it causes of a great deal of concern," Whitcomb said.

Despite the fact that Amber is an adult, O'Neil still has legal guardianship over his daughter because of her autism. He's consulting a lawyer to see if any legal action will help.

Both Seattle Central College and DSHS say they can't comment on the case because of privacy issues.