The day before an alt-right demonstration in downtown Seattle, a group of counter-protesters is mobilizing to confront it. 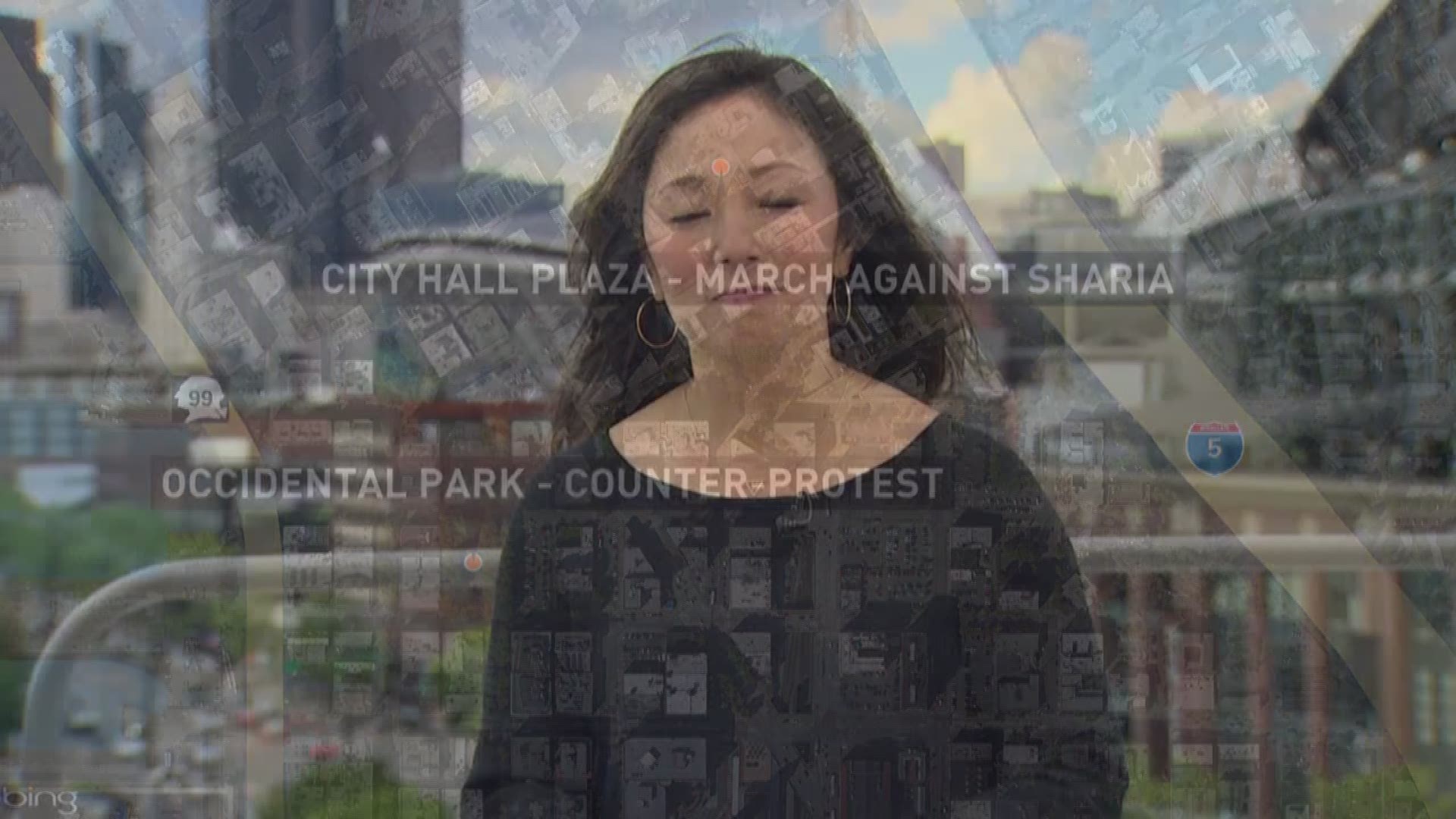 The day before an alt-right demonstration in downtown Seattle, a group of counter-protesters is mobilizing to confront it.

The "March Against Sharia" will take place Saturday at City Hall Plaza on 4th Avenue.

An opposing demonstration, called "Seattle Stands with our Muslim Neighbors," will start in Occidental Square.

Three pastors, who are taking part in the counter-protest, went door to door Friday near city hall, asking storefronts to put up signs that say "WE STAND WITH OUR MUSLIM NEIGHBORS."

With some scotch tape and a slip of paper, they laid the groundwork for a counter-protest against fear and hate.

They are protesting against "March Against Sharia," which opposes fundamentalist Islamic law. An organization called Act For America organized similar marches in dozens of cities across the country.

"This definitely isn't hate speech. The motivation for this is love," Anthony Parish of Kent told KING 5. "There are people all around the world being suppressed. The Koran says a man can have up to four wives. The Koran also says in chapter four verse 34 of the Koran that if a man finds ill conduct in his wife he can beat her."

But for many, like Wendy Elisheva Somerson of Seattle, who is Jewish, the anti-Muslim sentiment of the march is too familiar to another time in history.

"It is both appalling and scary and frightening to think we're going back to 1930's Germany with fascism and hatred," she said.

Seattle Police plans on navigating the two opposing groups the same way they did May Day in Westlake Park.
With some of the same alt-right demonstrators showing up this Saturday.

"Not everyone is going to agree with this message," said Sgt. Sean Whitcomb. "This is not the department's message, but it's a guaranteed right. And we're going to make sure people are safe from any kind of violence."

Jews and Christians say they're prepared to stand up for a religion that is not their own, but for rights they believe in. They call it an "ally event," showing the world that Muslims aren't alone.

"Allies should be on the frontlines," said Somerson. "We should be the people fighting back against this hatred."

KING 5 crews are at both rallies, providing updates throughout the day: