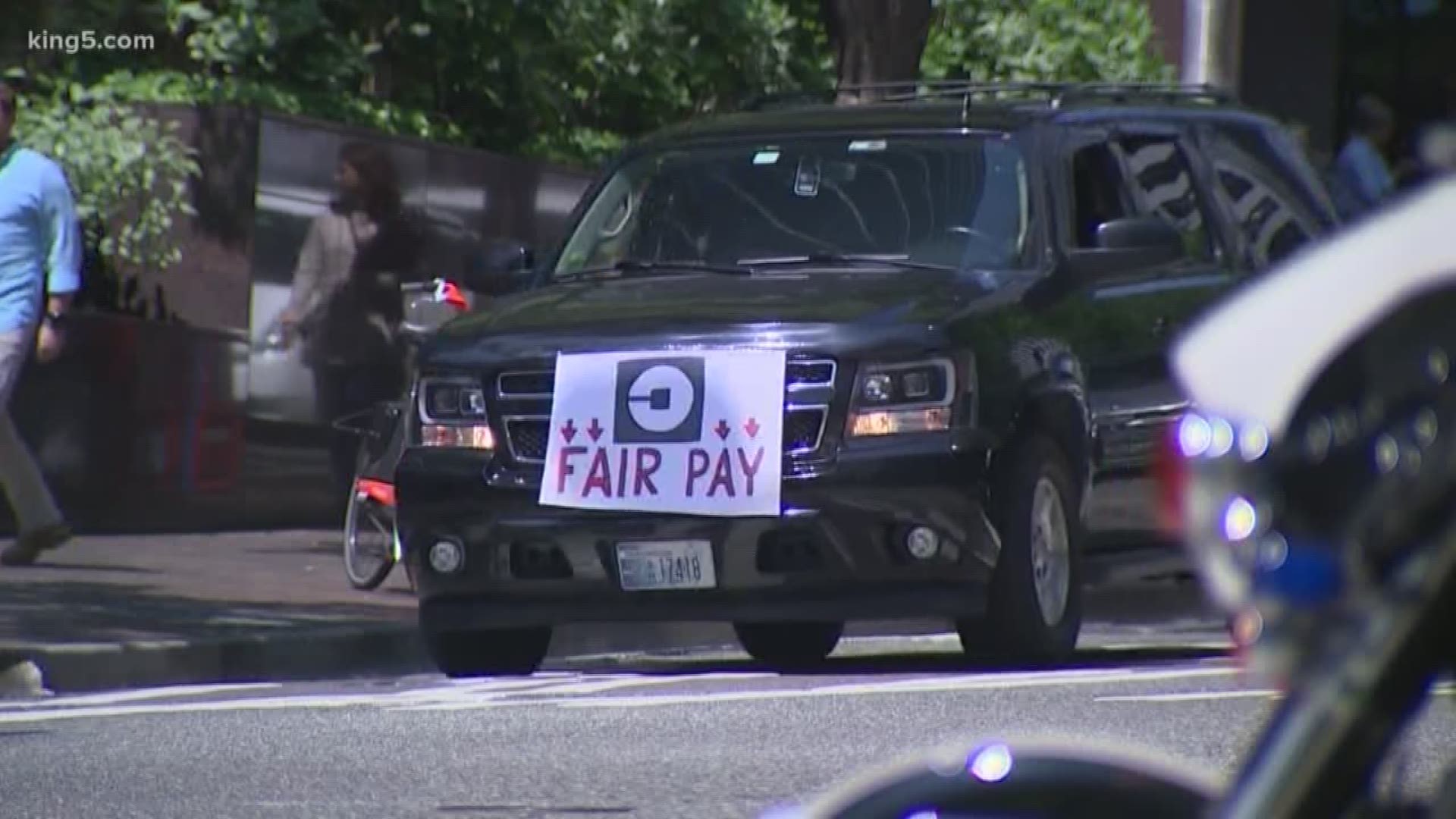 Mix a parade with politics and you'll get what happened on Thursday afternoon as dozens of Uber and Lyft drivers drove from the Central District to downtown Seattle protesting low wages.

The effort, coordinated in part by Teamsters Local 117, had multiple rideshare drivers moving at a slow rate of speed and holding signs protesting what they believe to be unfair wages.

"I want people to pay attention to the price they're paying to these people who have to make a living," said Bob Gulbranson, who said he's driven for Uber for six years, and the company continues to cut into his take home pay.

The protest, which ended at Seattle City Hall, culminated with loud honks and loud approval from three city council members. However, legislation to allow unionization and higher rates have both stalled. The labor issue is on hold because of legal challenges.

"When you have a company that is taking that control from them and not guaranteeing a minimum wage, that's a problem," said Council member Teresa Mosqueda as she shook hands with the drivers.

Uber and Lyft have argued about the numbers in the past, and point out there are plenty of drivers who don't feel the same way as the group which was so vocal today.

"Drivers are at the heart of our business and we can’t succeed without them. Every day at Uber, thousands of people come to work focused on how to make the driver experience better, on and off the road. From creating more consistent earnings, stronger insurance protections or fully-funded four-year degrees for drivers or their families. The App Based Drivers Association is a Teamsters-backed group that has been working to unionize rideshare drivers for years," said Nathan Hambley, a spokesperson for Uber.

Lyft did not immediately respond to a request for comment.