Watch fossil preparers chip away at the rock surrounding a T. rex fossil, continuing their excavation. 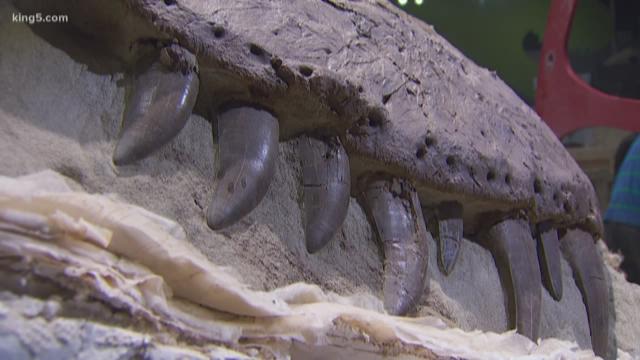 The Tyrannosaurus Rex skull arrived at the University of Washington’s Burke Museum in August 2016 in a plaster Jacket. It was found in the Hell Creek area of eastern Montana by two amateur fossil hunters who are UW alums.

Now Michael Holland, himself a Montana native and a fossil preparator, is extracting the T. rex skull from the surrounding rock. Holland has also worked at the Smithsonian.

Only about about a fifth of the entire skeleton has been found, but the skull is complete and considered among the world’s finest specimens. 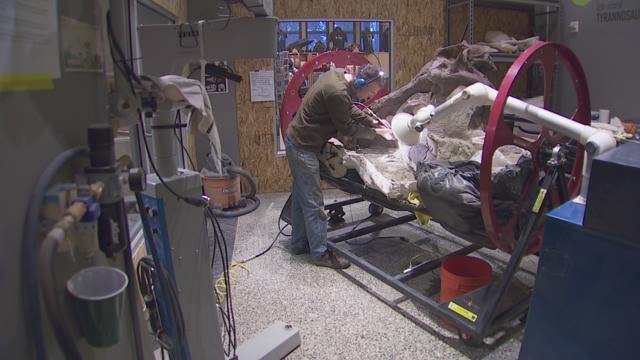 Watch a full report from Glenn Farley on KING 5 News at 5 p.m.