The drivers said they are willing to strike over pay disparities between employees. A strike could interrupt service in several cities around the Puget Sound. 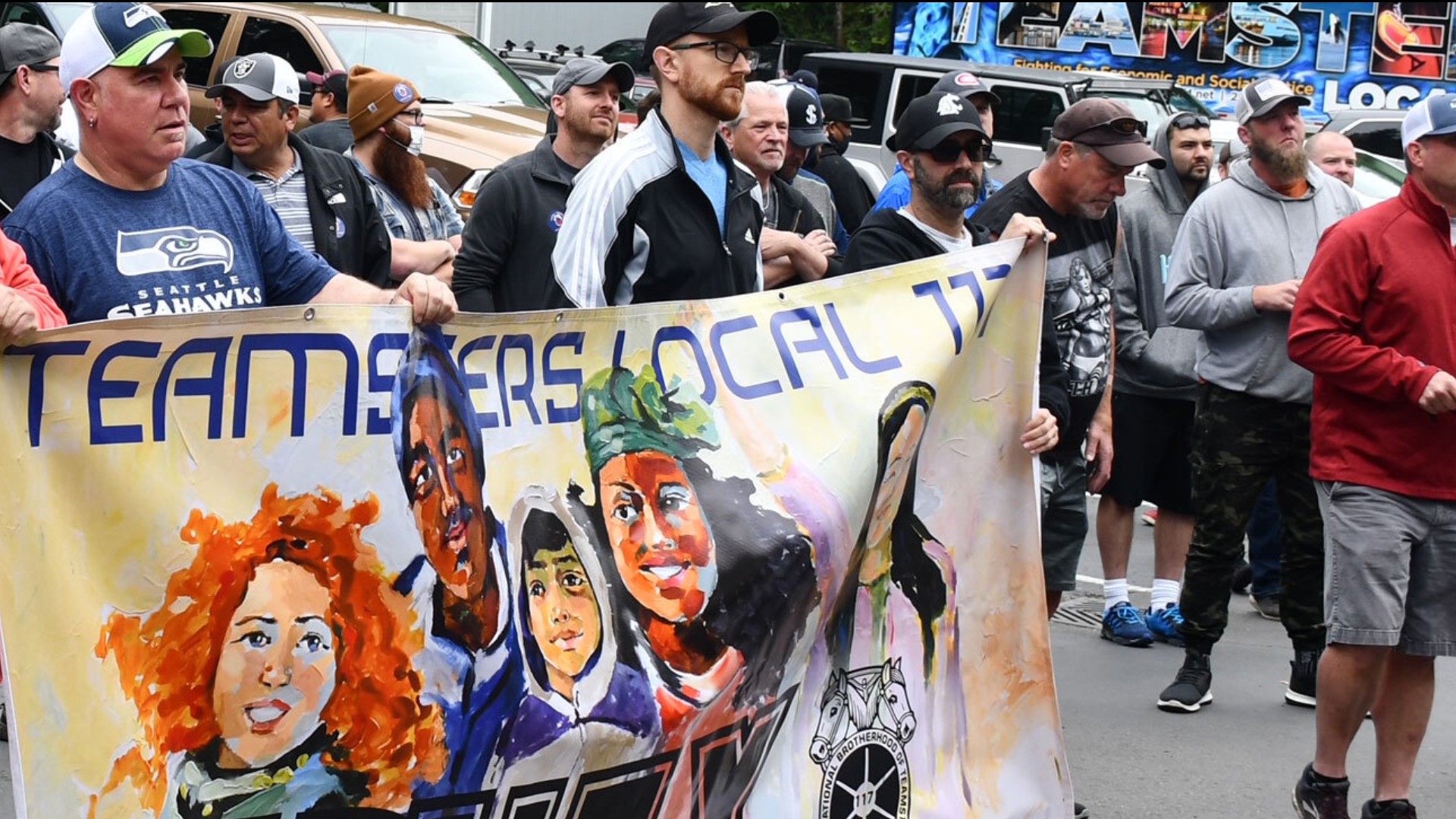 SEATTLE — A group of 130 yard waste and recycling drivers with Republic Services voted unanimously to authorized a strike on Saturday over pay disparities between employees. The drivers' contract with the company expires on May 31, according to the union.

Yard waste and recycling drivers for Republic, who are members of the Teamsters Local Union 117, say they do not get paid as much as garbage haulers despite doing similar jobs, according to a release from the union.

“We drive the same trucks, do the same physically demanding work, yet have less in wages, healthcare, and retirement,” said Margarito Gonzalez, a union member who has worked in the solid waste industry for 45 years. “Republic somehow found a way to pay its CEO $110 million over the last four years, yet we have to scratch and kick for pennies. The right thing for them to do is to make sure our pay is on par with our co-workers.”

“We’ve worked straight through the pandemic,” said Troy McIntyre, a residential recycle driver who dispatches out of Republic Services’ Bellevue depot. “At the beginning, we didn’t know whether it was safe to handle the material or whether we should even wear a mask. Nobody told us anything, they just told us to get the job done.”

Republic Services confirmed the company is in negotiations with the union for a contract covering some Teamsters represented employees in Seattle. A company spokesperson said employees are provided with adequate PPE.

"Our top priority is always the health and safety of our employees. We provide all employees with appropriate personal protective equipment (PPE) for their roles and have continued to make appropriate PPE available to all employees during the pandemic," a spokesperson said. "We also have enhanced our protocols to help keep our facilities and equipment clean and safe, and to help ensure the well-being of employees."