The Seattle Fire Department said the Rainier Farmers Market has been the target of four arsons since July 14. 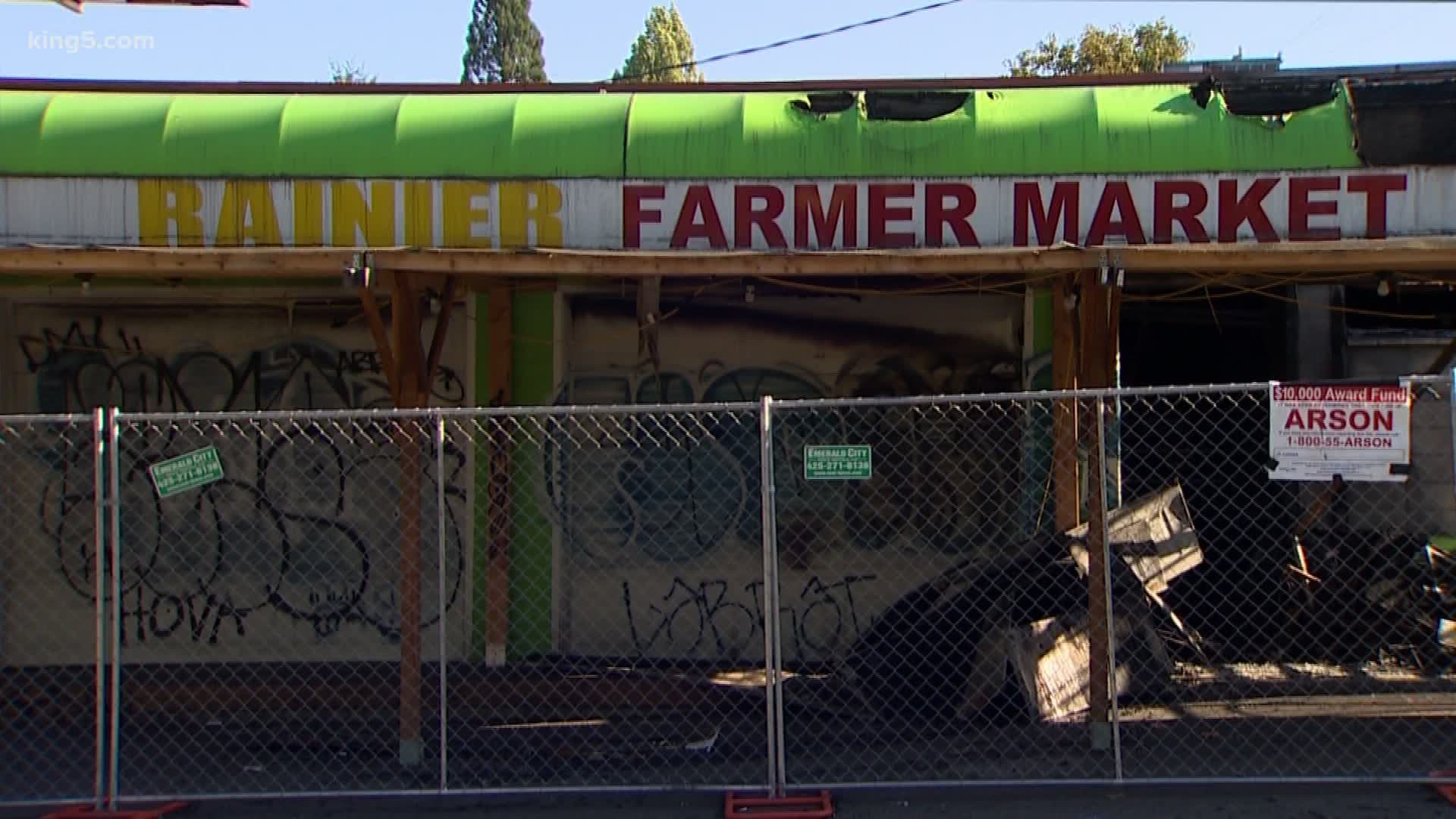 SEATTLE — Seattle fire investigators are trying to get a handle on a series of arsons over the last month, particularly at the Rainier Farmers Market.

A spokesperson for the Seattle Fire Department said this weekend, there were two more fires in the Rainier Avenue South and Beacon Hill area.

"2020 is a bad year. It's a horrible year for everything,” said Long Nguyen, owner of Rainier Farmers Market.

Nguyen is supposed to be celebrating his business' five-year anniversary, but instead, he's dealing with these arsons.

"I don’t want to throw all my five years away, but at the same time, Seattle is just changing,” said Nguyen.

The Seattle Fire Department said the Rainier Farmers Market has been the target of four arsons since July 14.

Nguyen released surveillance video that shows fireworks being thrown inside of the business on Aug. 16. He said the back wall was destroyed.

Just a few days later, Nguyen said he got a phone call that his business had been set on fire again.

"But this time, it was on this side,” said Nguyen, pointing to the impacted part of the building.

As Nguyen was dealing with the latest devastating fire at his business, he saw a massive fire at a construction site off of Sturgus Avenue.

The Arson Alarm Foundation is offering a $10,000 reward for information leading to the arrest or conviction of anyone responsible for setting the fires.

”I just don’t want to go to bed and wake up like 'am I going to get burned tomorrow?'" Nguyen said.

Nguyen said he is extremely thankful for the community support. A GoFundMe created to help the business rebuild and reopen has raised more than $28,000.