The Washington state House passed a bill that would expand the use of traffic cameras in Seattle to target drivers who use bus lanes and block intersections. 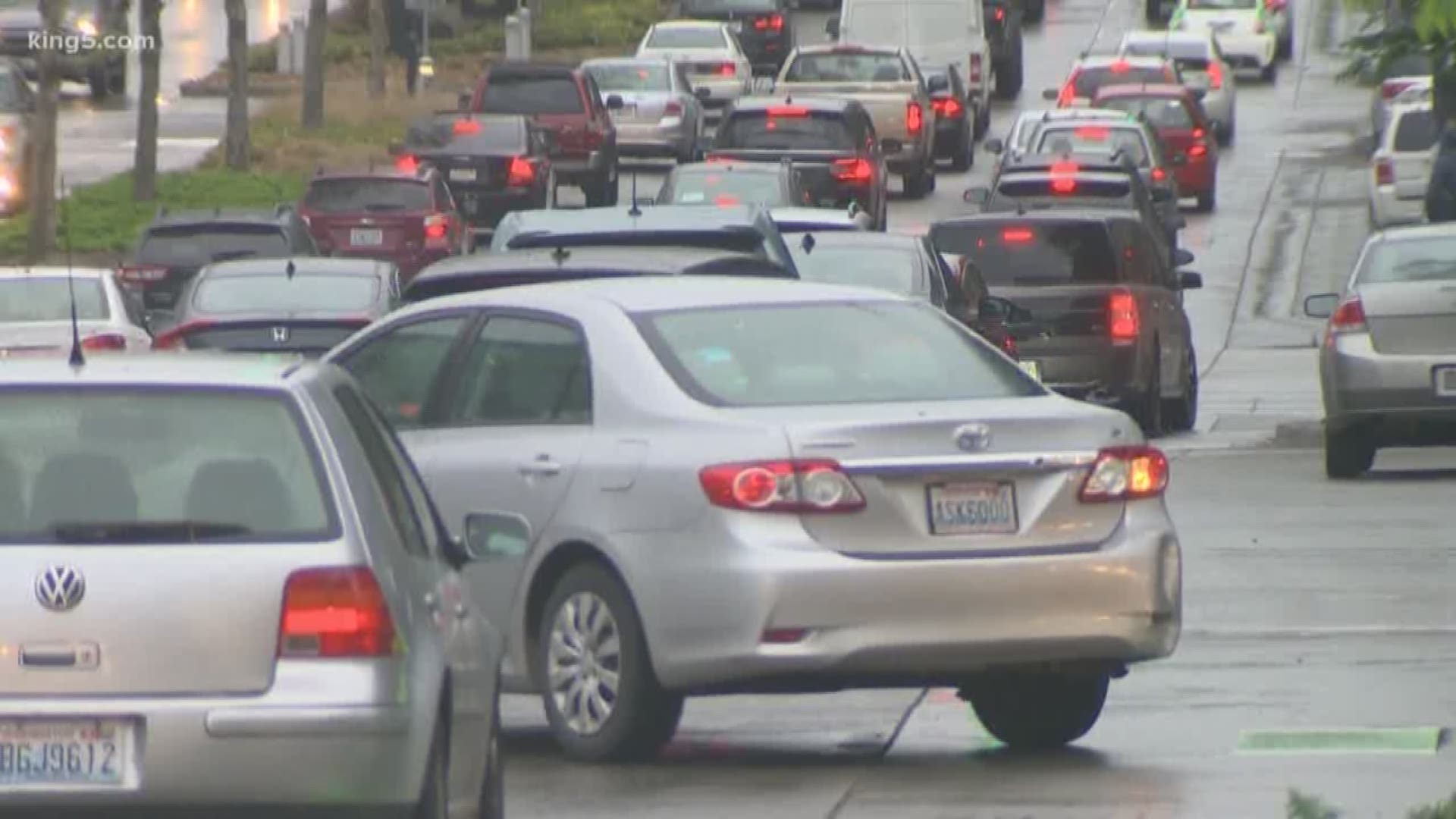 A proposal to expand the use of traffic cameras in Seattle passed the state House, after earlier stalling amid controversy over how to use the footage.

Bus lane cheaters and intersection blockers would be the main targets of the bill, which would allow Seattle to try out the devices on main arterials — including the West Seattle Bridge, a traffic chokepoint in the city.

"We rely really heavily on these bus lanes to move people to work, to school, to medical care, and those transit lanes can't operate when people are driving in them and violating the rules of the road," said the bill's sponsor, Seattle Democratic Rep. Joe Fitzgibbon. He said at least one other city that had implemented a similar program had seen bus performance improve, and cited blocked crosswalks as impacting especially the disabled.

"It's a huge frustration for people in my community."

Anna Zivarts is the program director of Rooted in Rights, a video advocacy program that's part of Disability Rights Washington.

Zivarts and her team were able to capture the challenges pedestrians in wheelchairs face when crosswalks are clogged with cars. The video, shot during the January 25 commute on Mercer Street, highlighted the hazards intersection blocking can create.

“We know people who have been hurt and we know people have been killed in intersections by drivers,” said Zivarts. “It's not just about ticketing people. It's about making a safer environment.”

In debate over the measure Monday night, Fitzgibbon said the cameras would solve a dilemma faced especially by police, who sometimes lack the physical space on roadways to pull over scofflaws without blocking traffic. Fitzgibbon, whose district includes the West Seattle Bridge, said the problem was especially acute there.

The measure's approval on a 57-41 vote late Monday night marked a victory for supporters after the proposal earlier missed a key deadline amid conflict over use of the footage by law enforcement.

“I thank the House of Representatives for their leadership and I ask our leaders in the Washington State Senate to follow suit and vote to approve this long-overdue legislation,” Seattle Mayor Jenny Durkan said in a statement.

Before the vote, the American Civil Liberties Union had said it would pull support of the bill if police were allowed to access the footage for other investigations.

"If we want to have that debate we should have it in the context of putting street cameras on the corner for that purpose, not repurposing cameras that we already have put out there, " said Shankar Narayan, director the Seattle ACLU's technology and liberty project.

But late action resolved concerns: Redirecting some ticket proceeds to state coffers qualified the bill for a later deadline, and an amendment from Fitzgibbon on Monday made the cameras' footage subject to existing use rules, which restrict law enforcement access.

Under those rules, traffic cameras may only take pictures of vehicles and license plates, and only while an infraction is occurring and the pictures can't reveal the face of the driver or passengers or be used for prosecuting crimes.

The placement of the devices also would be limited to the city's main arterials, including Highway 99 and the West Seattle Bridge, but not outlying parts of the city, or Martin Luther King Jr. Way, a major South Seattle thoroughfare, Fitzgibbon said.

Republicans broadly objected to the bill, including on grounds that it might trap outsiders — especially visitors from rural areas — confused by complicated street markings.

"My last couple of trips up there, I've got to tell you it is confusing to say the least," said Rep. Andrew Barkis, a Republican from Olympia. "Just trying to jockey through different places in there, I found myself several times in the middle of an intersection when a light changed."

At least one Republican supported the bill, however: Enumclaw Rep. Morgan Irwin, who works as a Seattle police officer, said the bill addressed a real dilemma around enforcing restricted lanes.

If passed, the bill would take effect 90 days after lawmakers adjourn for the year, but an amendment attached ahead of the Monday vote would allow officials to issue warnings until Jan. 1.