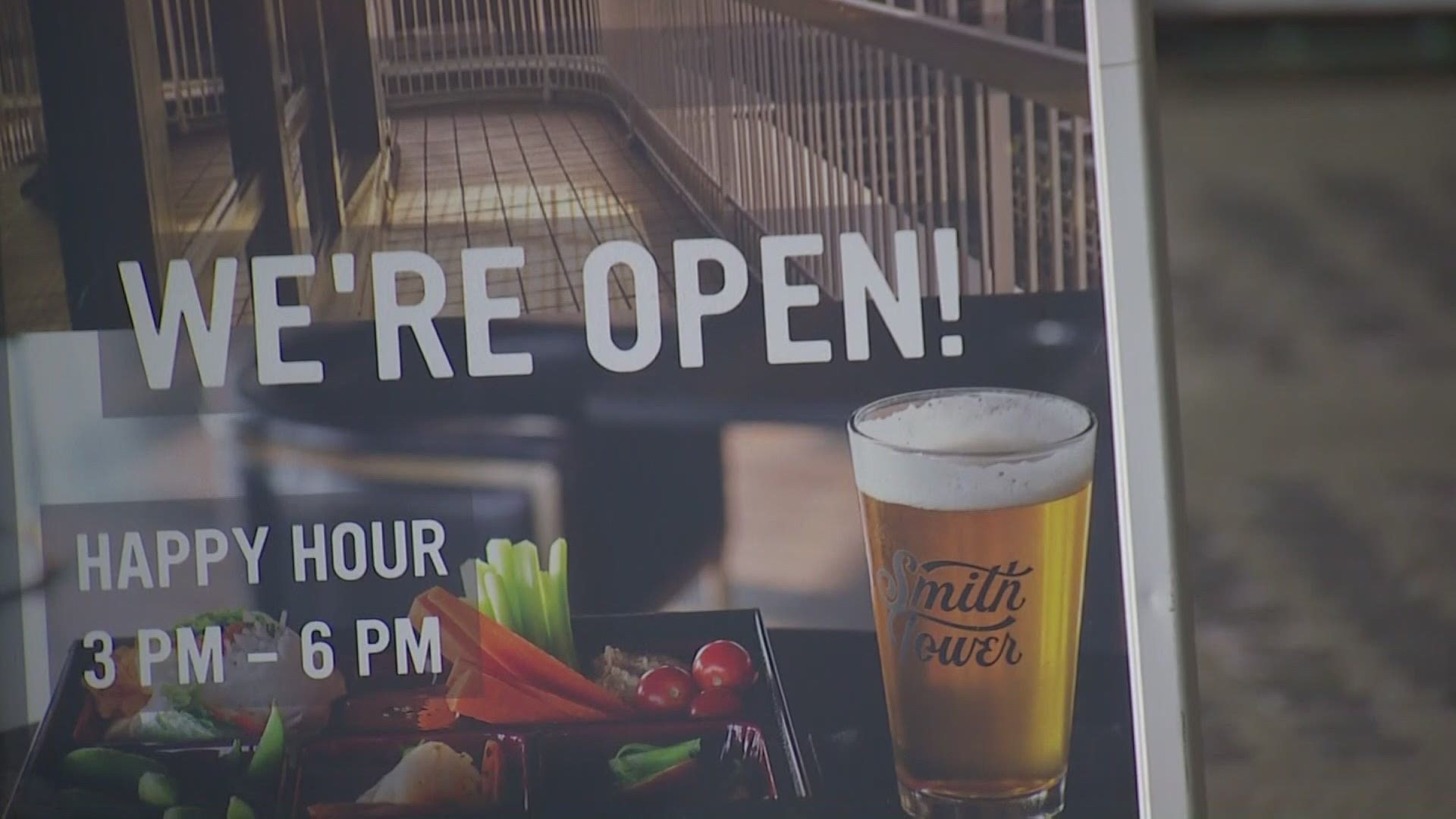 Erin Nestor, owner of 2 Doors Down, said the road to Opening Day hasn't been smooth. Nestor originally planned on debuting her restaurant last April, but then the COVID-19 pandemic hit, putting her well-laid plans on hold.

“We waited until August. We couldn’t wait any longer, and for quite some time, we were primarily a to-go business,” Nestor recalled.

As 2020 wore on, Pioneer Square restaurants and shops lined empty streets. Less foot traffic meant some hard choices had to be made.

But community leaders are seeing signs of hope for Pioneer Square.

“As the Phase 3 announcement came in, vaccines roll out, and summer kind of rolls in as well, a lot of businesses are hopeful for what the next couple of months hold for the neighborhood and the future of the neighborhood, too,” said Chris Woodard, business development director for the Alliance for Pioneer Square.

Now that baseball is back, business owners are hopeful that the worst is behind them. But they also know things will be different moving forward.

“People tend to be a lot more responsible, and they’re very cognizant about how they’re interacting with people and the [social] distance,” said Adam Trent, general manager of Cone and Steiner. “But I think there’s also a lot more goodwill, too, because people haven’t had much of a chance to get out. So when they do see someone else walking down the street, it’s a good day to celebrate.”

But if things do take a turn for the worse, Nestor and other business owners say they’re ready.

“One thing I’ve learned is to never take anything for granted," Nestor said. "Just because it has worked in the past doesn’t mean it’s going to work under these circumstances. We do not want to lay anyone off as we did on March 15, a year ago. We had to let ten people go. So we’re keeping it as lean as we possibly can while providing the best service we can under these circumstances.”

RELATED: Mariners fans to sit in 'pods' as part of safety protocols for opening day

The Seattle Mariners came back from a big deficit to beat the San Francisco Giants 8-7 in 10 innings on Opening Night.