Petition to save longtime Seattle venue Showbox has more than 78,000 signatures

A Seattle comedian started a petition to save the Showbox in downtown Seattle from being replaced by a high-rise apartment building. 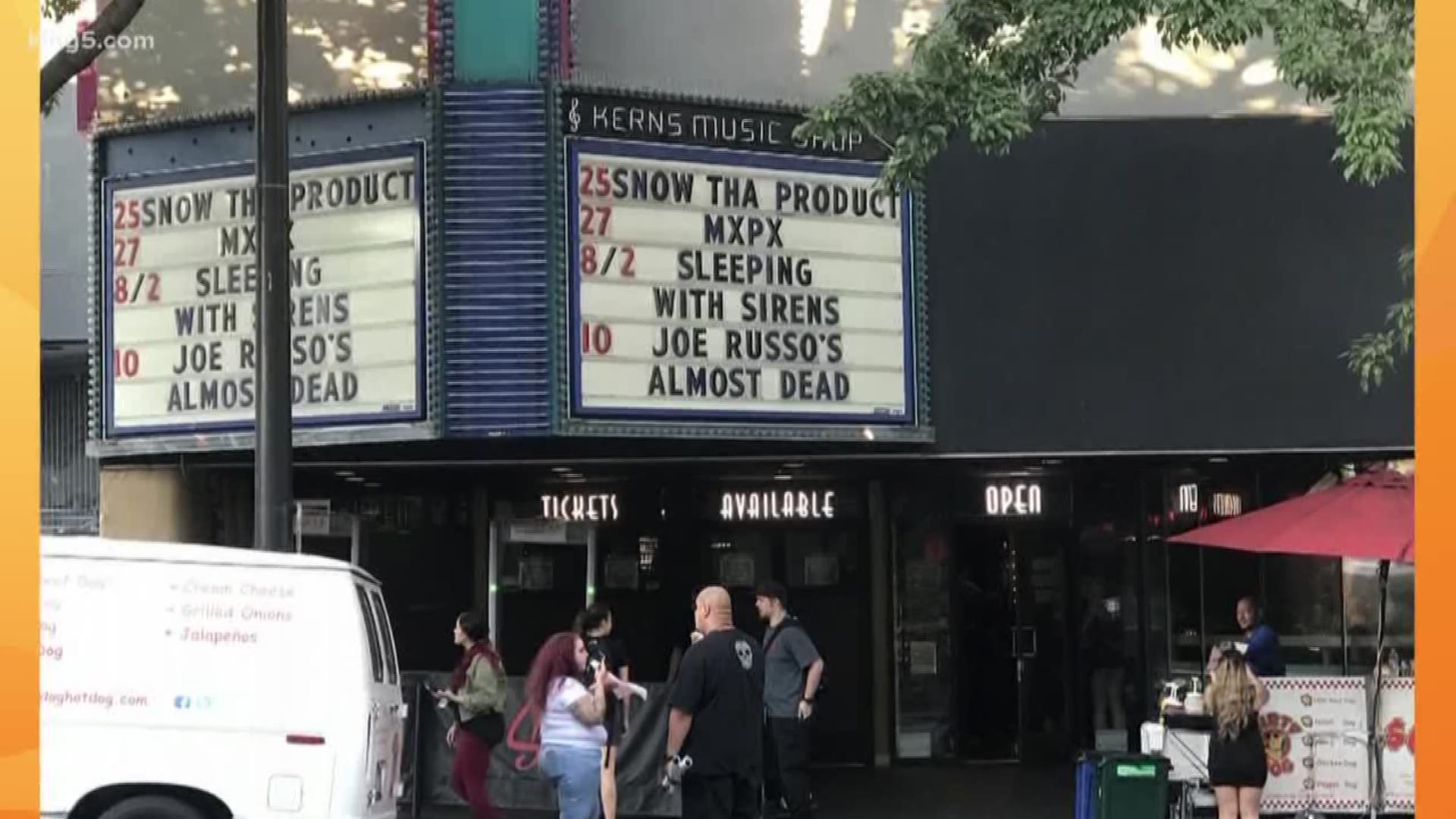 A petition to save Seattle's Showbox has more than 78,000 signatures. News broke last week that the downtown music venue could be replaced by a 44-story apartment building.

The news affected Jay Middleton, a local comedian and podcast host, so much that he said it felt like someone close to him had died. His friend suggested he start a petition, and Middleton said he didn’t expect it to get even 100 signatures.

Middleton said the response to the petition has surprised him and said it shows the importance of maintaining the history of an ever-changing city like Seattle.

Middleton said he is working with some students from the University of Washington as well as members from the Showbox to coordinate efforts to nominate it for historical landmark status. The city’s Landmark Preservation Board said the Showbox is eligible for that status, but an application would need to be submitted before that process could begin.

The process for the Showbox to become a landmark involves four steps: being nominated, then designated, and then there also needs to be a designating ordinance as well as control and incentives.

Aside from Middleton, many artists and celebrities have come out in support of the Showbox and have shared Middleton’s petition themselves.

“When I see celebrities and musicians getting behind me on this it’s like, I’ve never even talked to these people in my entire life and they feel exactly the same as I do in this,” Middleton said. “That ignites a fire inside of me.”

This hurts man. With everything changing in my life one sorta constant were the venues that embraced us since day one. #TheShowbox was in #Seattle was that type of place. For the longest.… https://t.co/2rxCMACmaD

Middleton said it is important for the group to work together because they only have one shot to make this application work.

“If you tear it down, it’s about as heartbreaking as when we lost the Sonics, because the Sonics can come back. The Showbox can’t,” he said.

The group working with Middleton is asking the public to send letters of their own personal stories of the Showbox to saveshowbox@gmail.com and also drop off printed letters to the venue. They also want the public to call their local leaders and tell them they want the Showbox to be saved as a historic local music venue.