'It was complete confusion': Seattle activist reflects one year after the CHOP took over the East Precinct

The CHOP in Seattle's Capitol Hill neighborhood is still sparking conversation and debate, one year later. 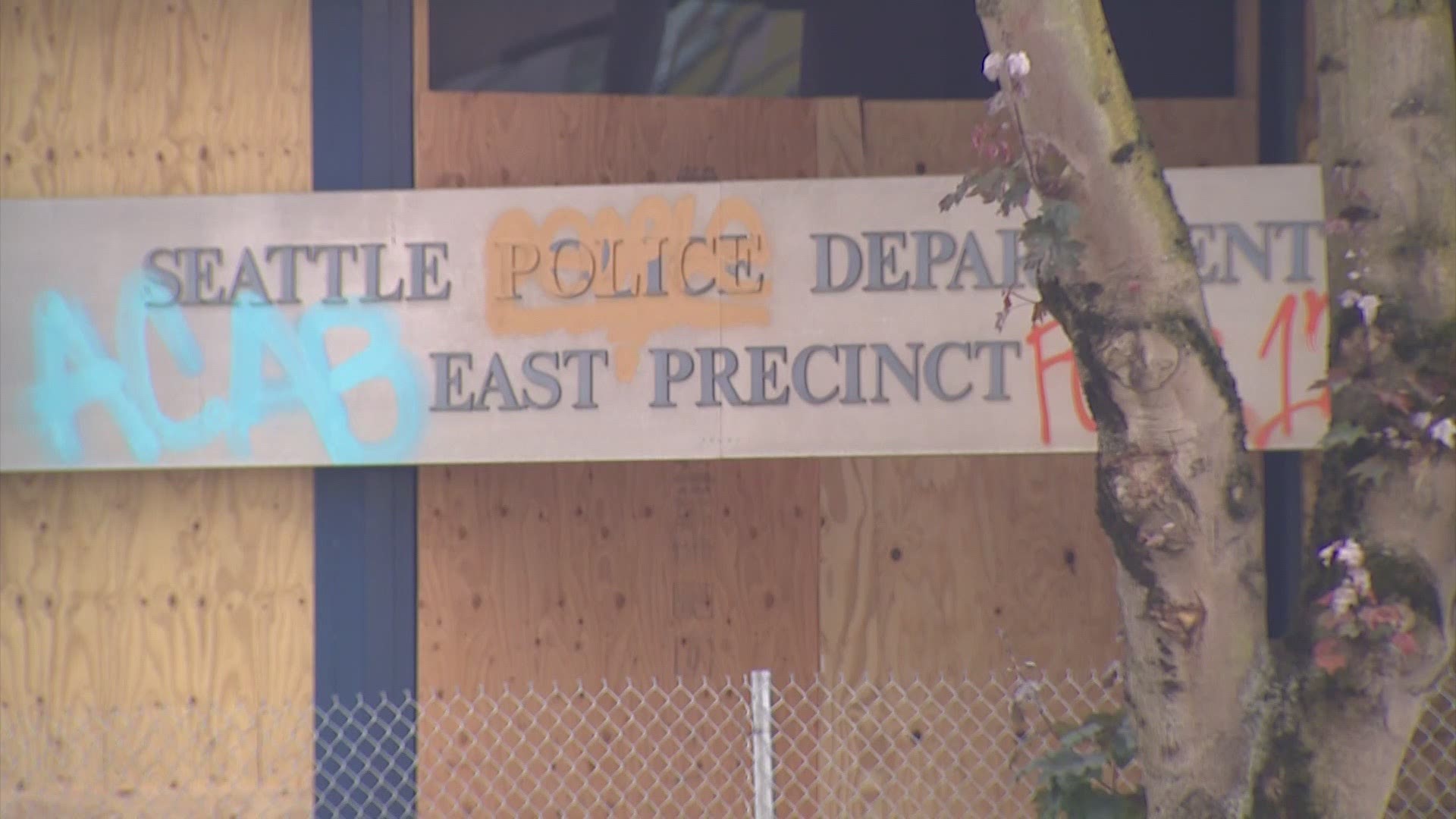 SEATTLE — It's been one year since the Seattle Police Department (SPD) abandoned the East Precinct in the city's Capitol Hill neighborhood following protests sparked by the death of George Floyd in Minneapolis.

Protesters set up camp around the East Precinct and called it the "Capitol Hill Organized Protest," better known as CHOP. The CHOP covered six city blocks and lasted until July 1, 2020, when police cleared the area and eventually re-entered the precinct.

A year later, cement barricades no longer surround the building at 12th and Pine, but secure fencing borders the property, and the windows are still boarded up.

Images of protesters facing off with police are what many people remember when they look at the intersection of 11th and Pine.

"Seeing the death of George Floyd, that was injustice that nobody could deny," said Mark Anthony, who joined others protesting police brutality in 2020.

Following days of protests, on June 8, 2020, officers at the East Precinct removed sensitive equipment and documents after Seattle Mayor Jenny Durkan ordered the removal of police lines and barriers that were providing a protective perimeter around the precinct.

What followed was the CHOP and Anthony said he became an active member of the protest movement.

"Just hopping on a microphone and people encouraging me to do so,"  said Anthony. "Through people looking at me for leadership, and things like that, that's how I became one of the prominent people at CHOP."

On weekends, the city blocks were filled with art and people having conversations, but at night there were also concerns about violence.

The CHOP experienced four shootings in 10 days. A 16-year-old and a 19-year-old died in the shootings, and four other people were shot, including a 14-year-old boy. Following the third shooting, the mayor and now former Seattle Police Chief Carmen Best announced the city's intention to dismantle the CHOP.

Anthony believes the CHOP caused change, but he said there's more work to be done.

"My main concern is I want to see a demilitarized police force," said Anthony.

During the protests, the Seattle City Council promised to drastically cut police funding, but a year later, those discussions are still ongoing.

In Olympia, Gov. Jay Inslee signed a package of bills into law this legislative season aimed at police reform. The bills include measures that ban police from using chokeholds, neck restraints and no-knock warrants, restrict the use of tear gas and vehicle pursuits, and require officers to intervene if their colleagues engage in excessive force.

One year later, Anthony said the CHOP is still sparking debate and discussion.

Anthony started a nonprofit organization called CHOP Art, which collects the art which covered the CHOP and uses it to help teach and support social justice. He believes there are many lessons communities can learn from the CHOP.

"It brought the ability for people to come together for a common cause, a common good," said Anthony. "That we could get behind something and be inspired for a positive change that would impact us all."