The nonprofit Washington State Concerns Of Police Survivors identified the off-duty officer killed on I-5 while helping with a crash as Alexandra Brenneman Harris. 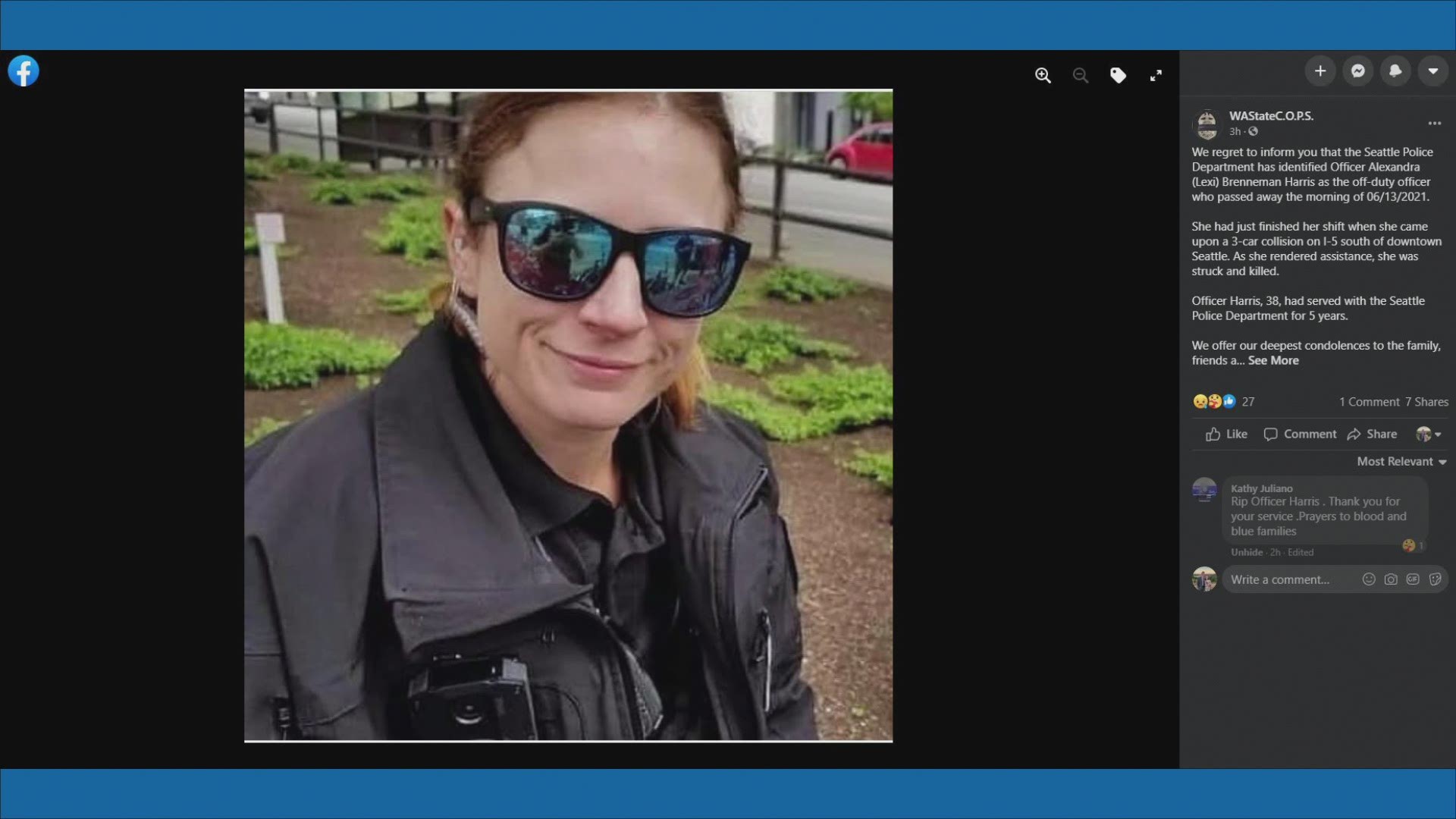 SEATTLE — An off-duty Seattle police officer was killed early Sunday morning after stopping to assist with a crash on southbound Interstate 5.

According to the Washington State Patrol, there was a multiple-vehicle crash just before midnight south of downtown Seattle near the Spokane Street on-ramp.

All lanes but the HOV lane were blocked due to the crash, causing a lengthy traffic backup.

There was a subsequent three-vehicle crash around 1:18 a.m. near Columbian Way in the backup from the initial crash. A 911 call regarding a pedestrian hit by a vehicle came in shortly after.

In a Facebook post, the nonprofit Washington State Concerns Of Police Survivors identified the officer as 38-year-old Alexandra (Lexi) Brenneman Harris. The nonprofit helps families and officers who are affected by line of duty deaths.

We regret to inform you that the Seattle Police Department has identified Officer Alexandra (Lexi) Brenneman Harris as...

Harris, who had just ended her shift, stopped to assist with the crash when she was struck. She died at the scene.

WSP said one of the drivers involved in pileup stole Harris' personal vehicle and fled the scene before state troopers arrived.

The vehicle was found abandoned Sunday morning and is being held for evidence. The Washington State Patrol is asking anyone with information to call 425-401-7742.

The driver who struck the officer was cooperative.