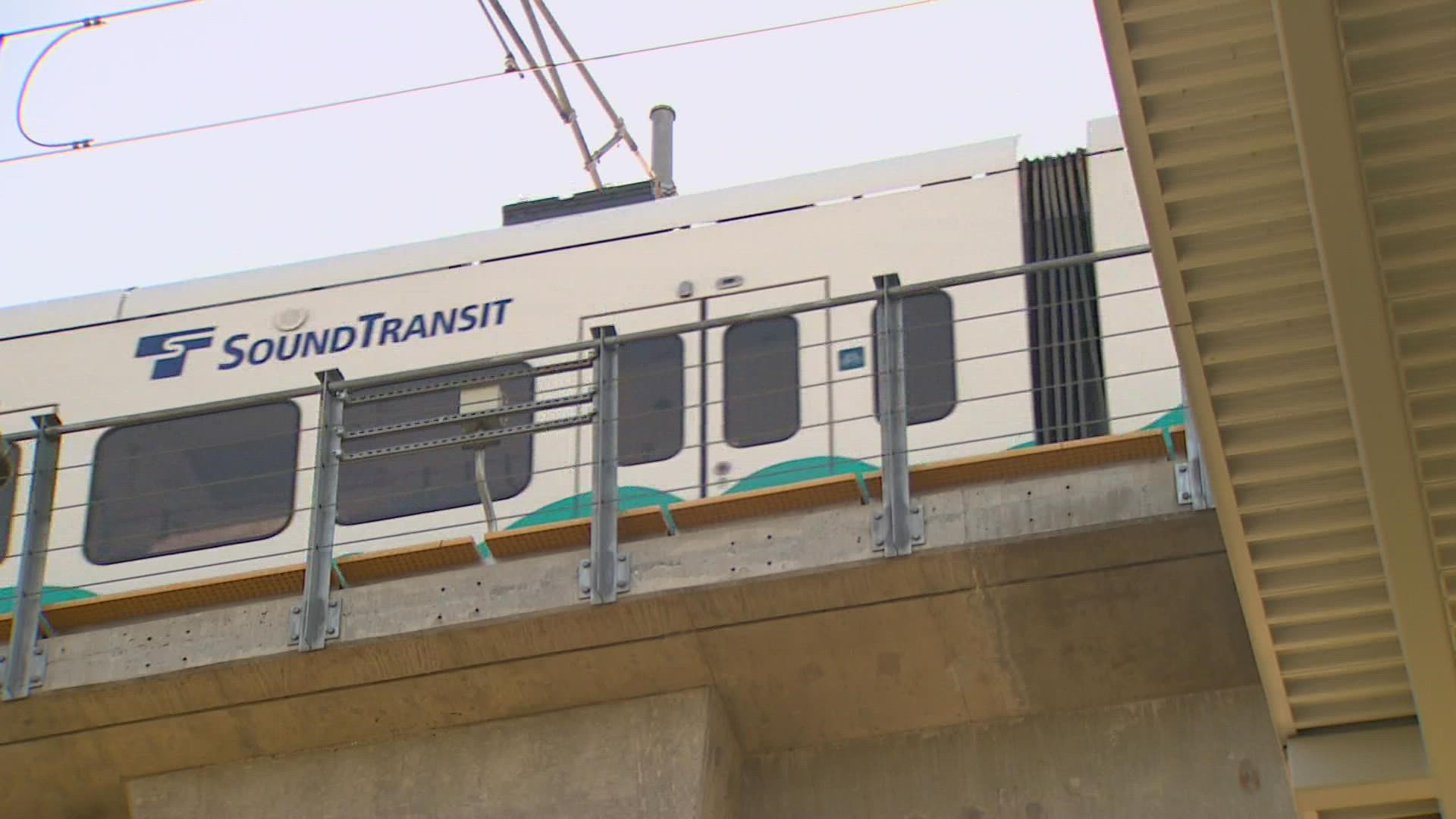 The 4.3-mile extension adds three new stations to the current light rail route, with stops in Seattle's U-District and Roosevelt neighborhoods, which will be underground, and a stop in Northgate, which be on an elevated station.

Sound Transit workers who had a hand in the project's construction said Thursday during press availability that the end result has been rewarding.

"Every time I pass through here or where I worked before, I'm like 'oh my goodness, I built that or I built this, or I helped them do that.' It's kind of nice," said Andraliah Lee, who started work on the Northgate station in 2018.

Several Sound Transit workers also described the fulfillment of working on projects as BIPOC and women.

More than 23,000 workers have labored over 14.5 million hours for Sound Transit's 18 active construction projects. Among those projects is the Northgate station, where trains are already doing practice runs.

"Both for operator training and just, if you will, breaking in the equipment just like you're breaking in a new car," said Sound Transit CEO Peter Rogoff.

Work on the Northgate extension was voter-approved in 2008 with construction starting in 2012 after six years of planning, according to Sound Transit.

The extension offers transportation options for commuters and is conveniently located near North Seattle College and the Kraken's new community iceplex and practice center.

Whether the additional stops will reduce traffic remains to be seen.

"It's really too early to tell. I mean, I think we're still coming out of the pandemic trough. Ridership is coming back; traffic is coming back," Rogoff said.

The Northgate expansion is only the beginning of a series of light rail extension projects. Sound Transit is set to extend the light rail to Tacoma's Hilltop neighborhood in 2022, Bellevue and Redmond in 2023, and Lynnwood and Federal Way in 2024.