The Aurora Reimagined Coalition is looking for input on how Aurora Avenue can be improved for neighbors, businesses, cars and pedestrians. 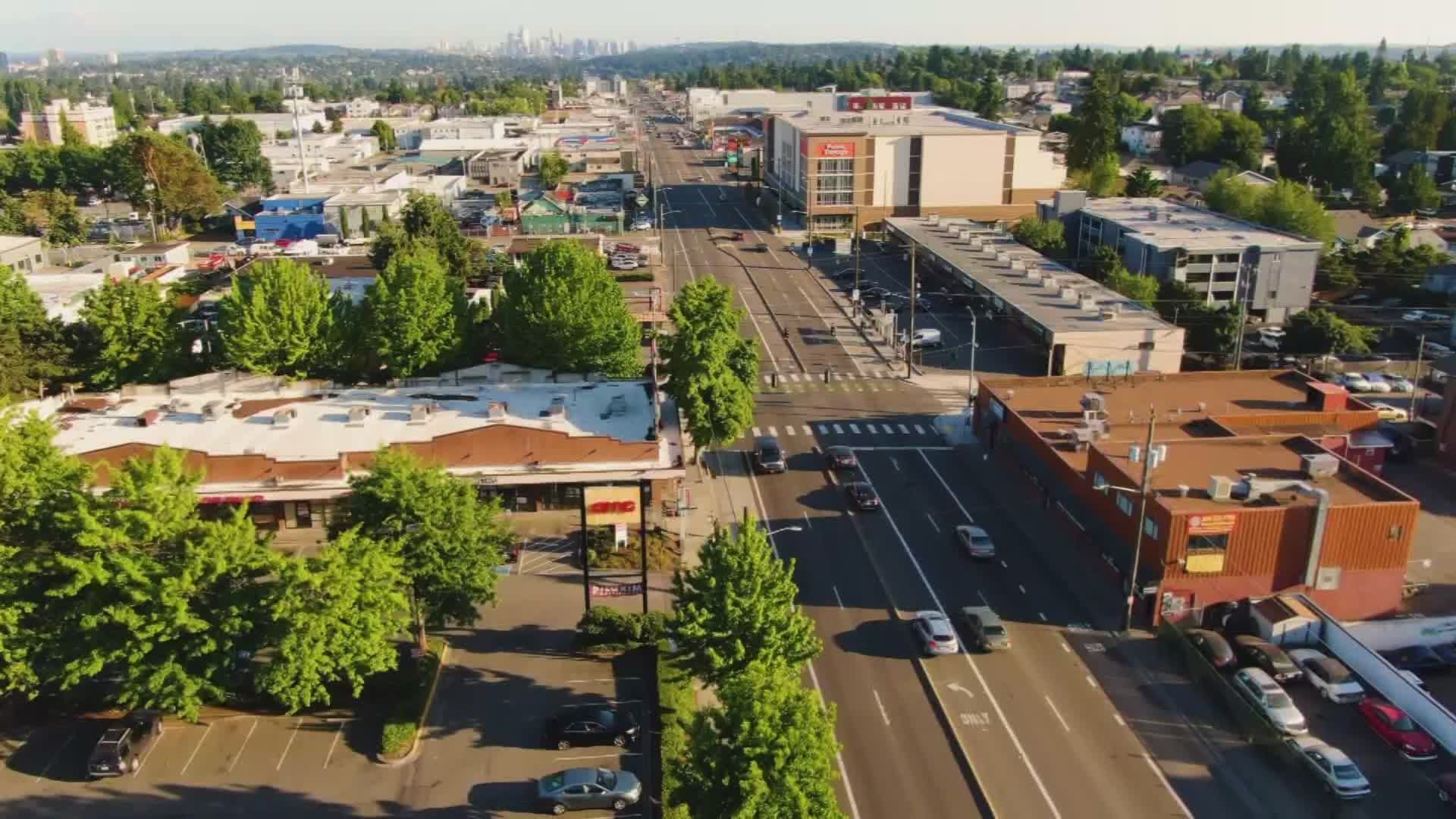 SEATTLE — Businesses, neighbors and nonprofits that share Aurora Avenue are looking for input on ways to improve one of Seattle's busiest streets.

"When you think of Aurora, everyone has a different problem with it. Whether it's a safety-related problem, a traffic-related problem, a biking- or walking- or businesses-oriented problem. There's 99 problems, Aurora has all of them," said Tom Lang, a member of the Aurora Reimagined Coalition.

While Aurora Avenue has seen safety improvements over the years, Lang says he and the coalition see potential for further changes.

The Aurora Reimagined Coalition started in March after the Seattle Department of Transportation announced an expected $2 million in grant funding to study Aurora Avenue in 2022.

"This funding would allow us to work with the community to better align Aurora with their vision of supporting a thriving, equitable community powered by dependable transportation," said SDOT on its blog.

SDOT has made some changes to Aurora recently. In March, SDOT reduced speeds along parts of Aurora Avenue. Last month, vertical posts were added to the Aurora Avenue Bridge.

"There a lot of things that could happen. If we look at the roadway not as this is how it always has been, always will; be but instead as this is a blank slate what if we did something different? Reimagine it," Lang said.

The coalition has met monthly. On Wednesday, July 21, the group will host its first virtual workshop. The question: What could Aurora be?

"We're really hoping to spark and conversation and start the process of rethinking Aurora," Lang said.