Mercer messier? What will I-5 ramp metering do to Mercer Street?

WSDOT wants to improve flow to the freeway starting next month, but some fear it will make the Mercer Mess even worse. 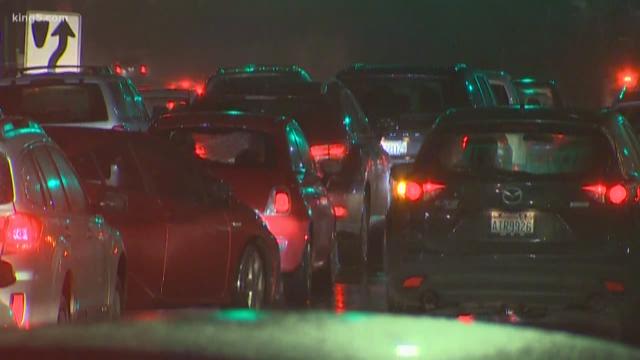 Seattle's Mercer Street, which takes drivers to and from Interstate 5, has been the butt of jokes for years. A change coming next month that WSDOT hopes will improve flow on the freeway, but some fear it could make Mercer even worse.

After tens of millions of dollars in construction to turn the one-way street into two-way traffic, travel times are roughly the same. Part of the reason is all the growth and added cars on the city street.

Since Mercer leads to both northbound and southbound Interstate 5, it has put a greater strain on freeway traffic. So starting this weekend WSDOT will begin installing meters at both of those on ramps to help prevent too many vehicles from entering the freeway at once.

The move is meant to ease I-5 travel times, but there's concern about what it could mean for Mercer. WSDOT says it is partnering with Seattle DOT to hopefully mitigate any impacts to an already busy thoroughfare. It argues installing meters will actually help Mercer by preventing merging accidents that tie up traffic even worse than normal nights.

Construction will begin this weekend with a month-long trial period set for just weekends beginning March 10. It goes into full effect April 10 and be used during rush hour and other times when volume is high.